The Government announced last week that it would get directly involved in building more homes in London and the South East. This announcement is welcome given the desperate need for more housing in this part of the country, but it actually targets the symptoms rather than the roots of the problem.

In our report Beyond Business Rates, we show that local authorities would get a stronger incentive to allow new housing developments if they could retain the taxes generated by residential property, as well as taking charge of related housing expenditures.

So how does housing benefit and stamp duty revenue compare across the country? Here are some maps: 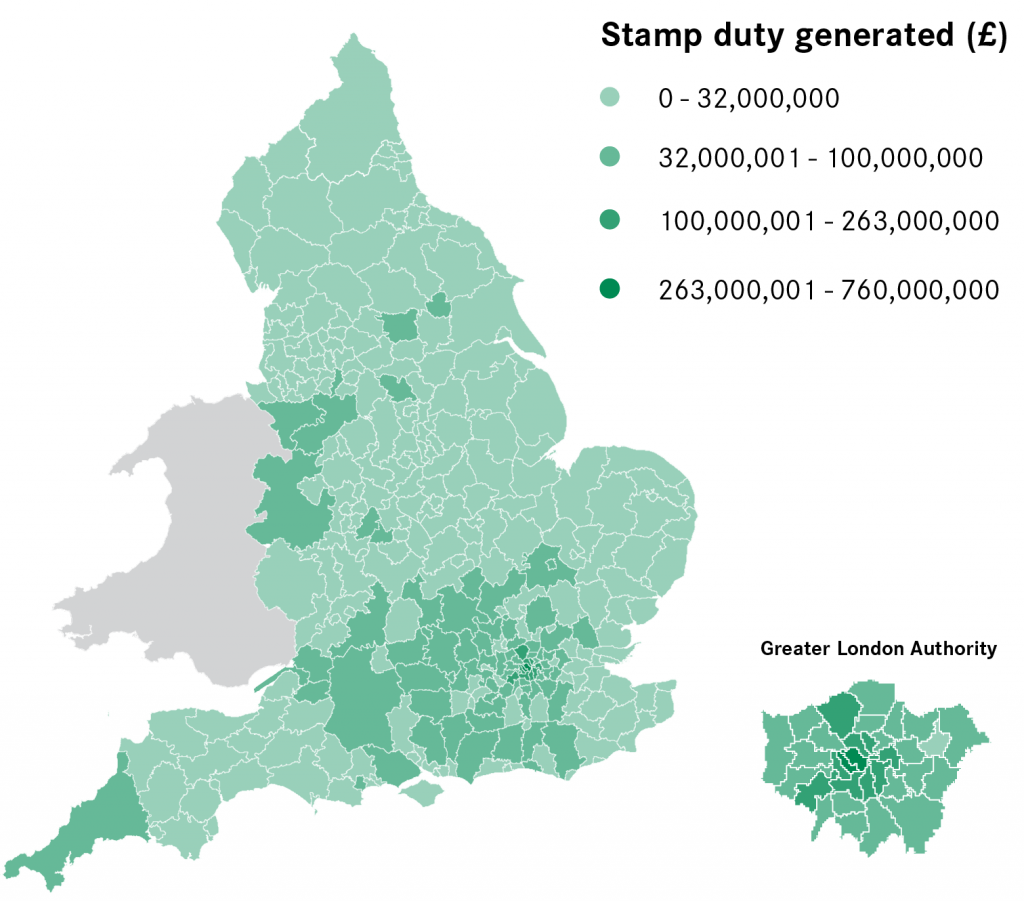 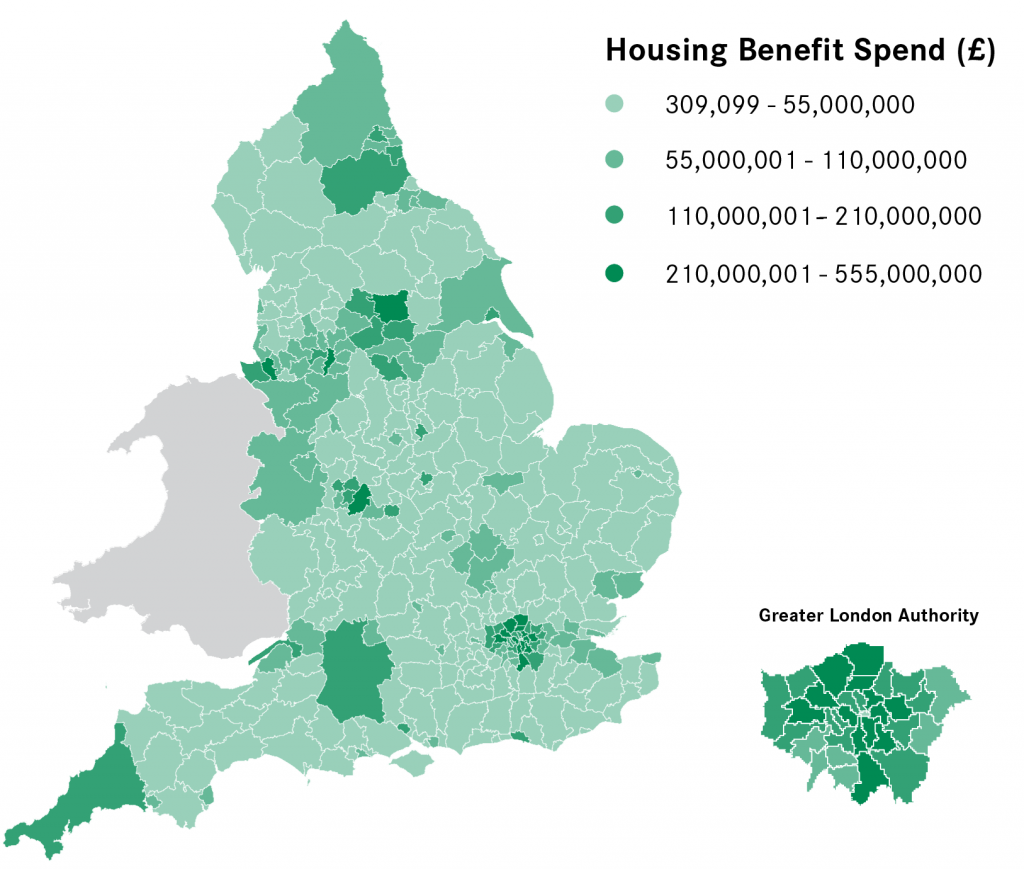 City-region stamp duty as a share of England total, 2014 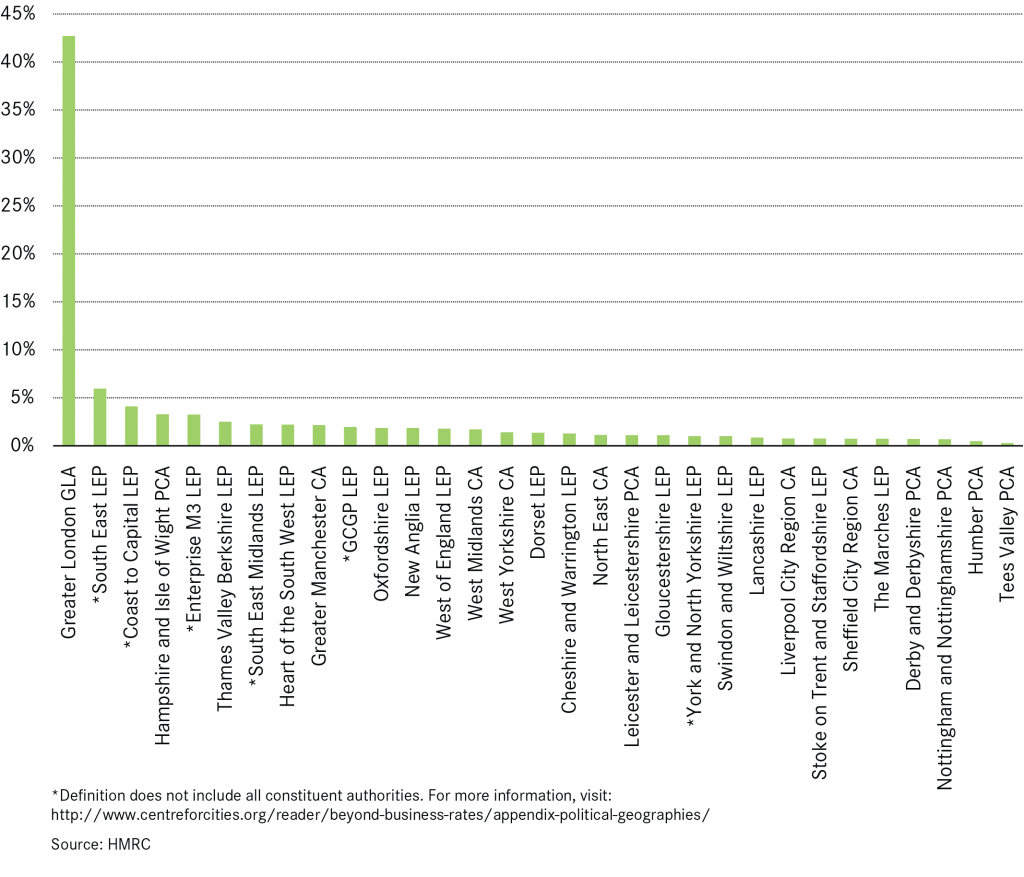 City-region housing benefit as a share of England total, 2014 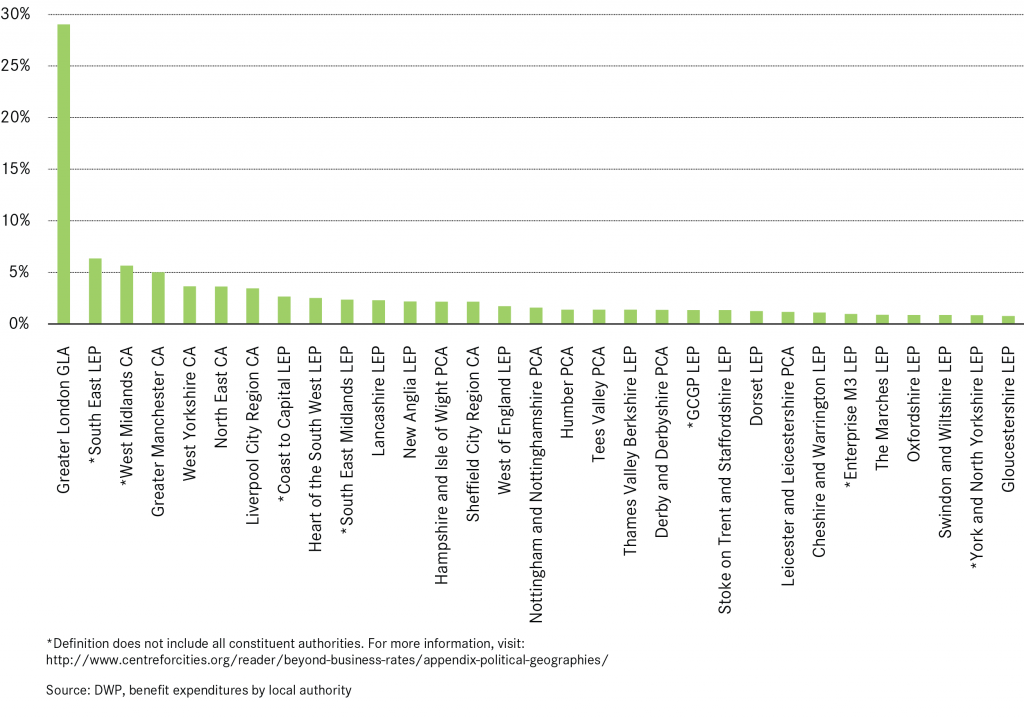 London and the South East account for over a third of housing benefit expenditure in England, but also generate more than half of stamp duty revenues.

This is no surprise. The strong demand for housing in the South East, driven by its dynamic economy and job opportunities, contributes to high house prices relative to income, which in turn increases the need for the Government to support those in lower paid jobs that cannot afford to rent privately. High property prices also mean that revenues from stamp duty in these areas are high.

By its very nature a more devolved system would not provide the same outcomes everywhere. In places where expenditure on housing benefit is primarily driven by a weak economy rather than a housing shortage, incentivising house building is less important compared to interventions to increase the earning potential of residents. But the devolution of residential property taxes would at least be an opportunity to tackle the housing problem where it is most acute – the Greater South East – and reduce the national benefit bill overall.