With the Government’s March 2018 deadline for places to tackle roadside nitrogen dioxide fast-approaching, there is much that UK cities can learn from London’s steps to address pollution – in particular, its forthcoming introduction of the new ‘Toxicity Charge’ (or T charge) on 23 October.

The new charge is part of a long line of measures put in place by the capital to address two of the biggest costs of its economic success: congestion and air pollution. London has some of the highest levels of pollution in the UK, which contribute towards shortening the lives of Londoners by between nine and sixteen months, and kill thousands of people every year. Over the past 15 years, the city has taken a number of steps to tackle these problems:

The new T-charge aims to build on these measures by placing an emission surcharge for the most polluting vehicles entering central London, the first such surcharge introduced in a UK city (and to our knowledge, in any city across the world). With the aim of phasing out older Euro 4 vehicles – that is, cars which were registered before 2006 – it will introduce an extra £10 fee on top of the current congestion charge for vehicles that do not meet the minimum exhaust emission standards to enter London’s low emission zone. Transport for London (TfL), which runs the charging scheme, estimates that 40 per cent of drivers subject to the emission surcharge will upgrade their vehicle and 7 per cent will stop travelling into the zone.

The charge will also offer a significant additional source of income for TfL, on top of the £164m in net income generated by the congestion charge in 2016-17. This can be reinvested in other clean air measures, such as improving public transport and walking and cycling infrastructure. And because it’s a ‘bolt-on’ on to the current congestion charge, very little upfront cash is needed to implement it.

Yet the issue of poor air quality isn’t just a problem in London. Twenty-eight other places across the UK, including Leeds, Birmingham and Nottingham, recorded illegal levels of pollution last year, particularly in their most congested roads and city centres. These places are now required to submit their clean air strategy by March 2018, but none as yet have followed London’s lead by introducing measures such as a congestion charge (Durham is the only other place with this kind of scheme). The capital’s policies therefore offer a way forward for these other cities – both in tackling congestion and pollution, and in generating income which can be invested in more environmentally-friendly modes of transport. 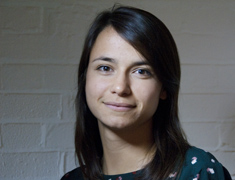