London’s role in driving the national economy is often taken for granted. But the last decade has not been one of unbridled economic success for the capital. This underperformance may be at the root of the UK economy’s ‘productivity puzzle’.

Covid-19 has brought to an end the jobs boom that was led by the capital. Centre for Cities’ recent report shows that of the 2.7 million net new private jobs created between 2013 and 2019, 790,300 (29 per cent) were in London. But increases in productivity were much more disappointing.

The financial crisis provoked a change in productivity

Before the 2008 global financial crisis, London led the national economy’s productivity improvements. Productivity in the capital increased by an average of 2.8 per cent a year between 1998 and 2008, higher than the national rate of 2.1 per cent.

But all changed in the decade following on from the 2008 financial crisis. Productivity grew by just 0.1 per cent annually in Greater London – the GLA boundary for London is used throughout this article as data is available at this level going back over a longer period. The city accounts for almost a quarter (23.6 per cent) of total output in the UK, more than the whole of the North of England combined. This meant that the slump in productivity in the capital also dragged the national average down, which only performed slightly better over this period with average annual growth of just 0.3 per cent. This poor productivity performance, as well as an estimation of where productivity would have been if the pace of pre-crisis growth had persisted, is shown in Figure 1.

Figure 1: London’s productivity would be 41 per cent higher if pre-crisis levels had persisted 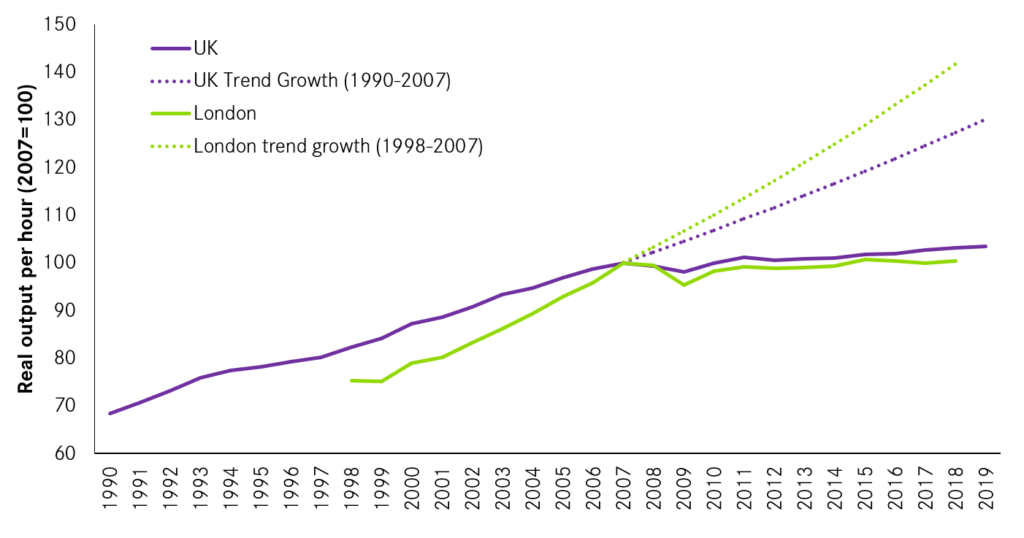 Wages and quality of life suffered as a result

The sectors in London that were responsible for the sluggish productivity performance since the financial crisis are two of the most highly performing industries: finance and insurance, and information and communication. These industries saw productivity increase faster than in any other large industry before the crisis, with average annual growth of 4.7 and 5.5 per cent respectively. But they have also then seen the greatest drops from these levels since. Productivity in IT has seen less than 0.5 per cent annual growth whilst productivity in the financial sector has reduced by an average of almost 1 per cent per year.

This sluggish performance has a number of real knock-on effects for the lives of people living and working in both London and the rest of the country, hitting both wages and quality of life.

In terms of the national economy, this has resulted in much lower tax revenues. If London’s productivity had continued to grow at its pre-crisis trend, it would have been 41 per cent higher in 2018. Assuming the same number of jobs would have been created over the period, this would have made London’s economy £188 billion larger. And by a rule of thumb that 33p in every £1 of GDP goes to the Exchequer, this would have generated an extra £62 billion in tax in 2018 alone. This means that there is less money available to be distributed to other parts of the country.

In terms of the impact on people living in London, wages are the most obvious casualty of the slowdown in productivity. Figure 2 shows that in the decade before the crisis, wages in London grew at an average of 2.1 per cent every year to £17.26 an hour adjusted to 2016 prices in 2008. Since then, wages in the capital have fallen by an average of 0.1 per cent a year meaning that in real terms, wages are lower now than they were more than a decade ago.

Figure 2: Wages in London were badly hit by the financial crisis and have been slow to recover 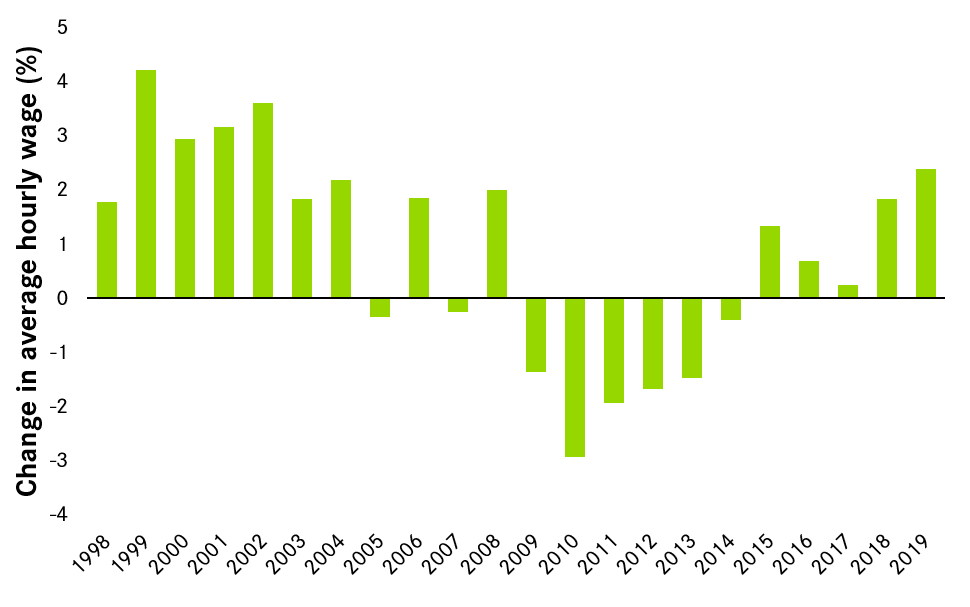 Whilst wages have stagnated, house prices in London have continued to rise – leading to the climbing unaffordability shown in Figure 3, which is an order of magnitude larger than in the rest of the country. This marks a break from before the financial crisis where house prices and unaffordability, although higher in London, moved roughly in line with the rest of the country.

Figure 3: Housing affordability has worsened much more rapidly in London than average 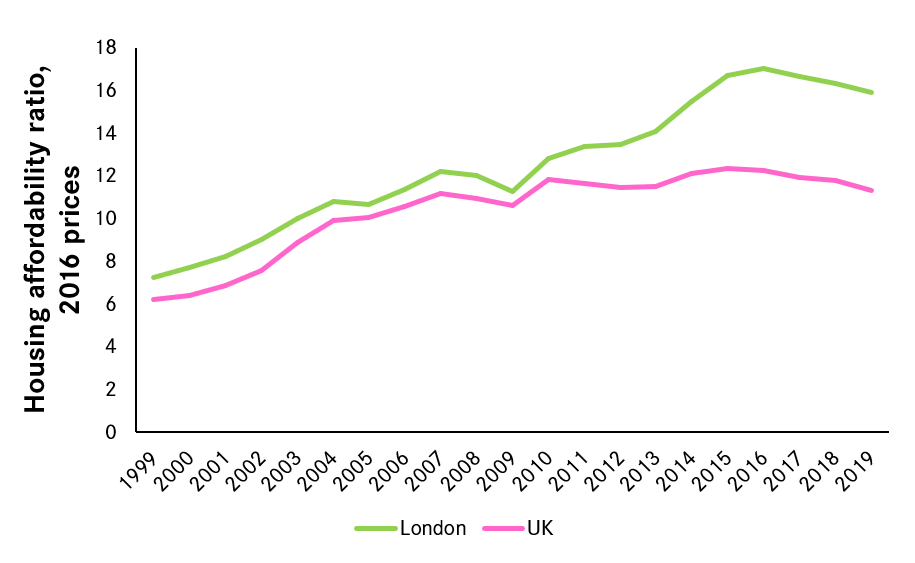 Is London still an attractive place to live?

Although London has long been attractive for skilled migrants owing to the career and social opportunities on offer, it is likely that stagnating wages and rising unaffordability have made the capital a relatively less attractive place to live.

Internationally, these effects will have been amplified by the devaluation of the pound. Taking migrants from the US, Germany, Hong Kong and the Netherlands as a proxy for skilled workers shows that in the half a decade before the crisis the rate at which skilled migrants moved to London grew by an average of almost 12 per cent annually. In the decade since, this rate has slowed to an average drop of 3 per cent.

The Government should address the rising unaffordability in the capital as it prevents successful places from expanding, acting a further drag on productivity. It also encourages the misallocation of capital away from productive uses and into real estate as banks are incentivised to lend for mortgages rather than providing risk capital for entrepreneurs. Building more homes would help to address this issue and planning reforms as laid out in the Centre for Cities’ recent report are one way to achieve this.

The UK’s productivity problems are not exclusive to areas outside of the Greater South East. And so, while it is right for the Government to level up – which should focus on improving the performance of big cities such as Birmingham, Glasgow and Manchester in particular – it also needs to get London firing again if it is to solve the nation’s productivity puzzle.

This report examines the pattern of private sector growth within the UK’s seven-year jobs miracle to inform how new jobs can be created as the Government looks to ‘build back better’ and level up the country. 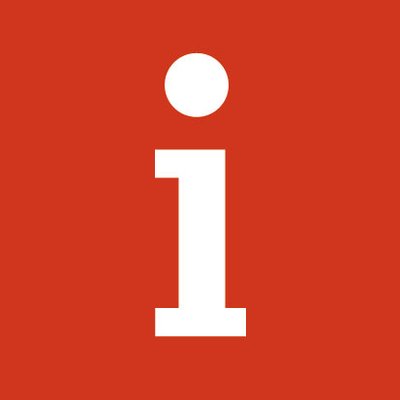 City Minutes: How to build back better from Covid-19

As the UK’s Covid-19 vaccination programme progresses policy makers should be planning how to repair the economic damage done by the pandemic and build back better. Centre for Cities’...