London Mayoral candidate Gareth Thomas yesterday proposed that London should hold a referendum next year, to ask the public to vote on a fiscal devolution package along the lines of what was agreed with Scotland last year. This would include the ability to set rates and bands of income tax, as well as control over revenue from stamp duty, council tax, business rates, capital gains tax and the ability to introduce a tourist tax.

Here at Centre for Cities we have long advocated that cities need more control over the money raised and spent in their area in order to incentivise and fund growth, but what would it look like if London controlled all the taxes proposed by Thomas? 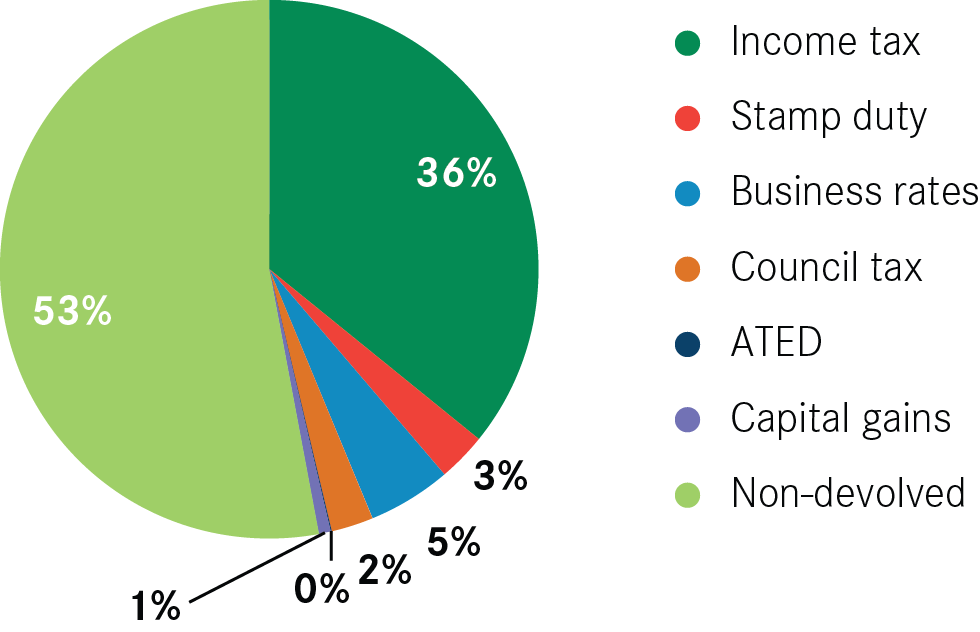 Based on taxes raised in London in 2013-14, Thomas’ proposals would give London control over 47 per cent of the total amount of taxes generated by the city in that year. This would imply giving London politicians and policymakers control over 11 per cent of the national tax take. Bearing in mind that London generates a quarter of all economy taxes in Britain, this number in itself is not surprising.

But while these measures could significantly enhance the ability of London to strategically invest and plan for the future, the idea of fiscal devolution on this scale, and of income tax in particular, raises a number of significant concerns.

First, allowing for varying rates of income tax between places in a relatively small country such as the UK would introduce unhelpful levels of tax competition. Since workers are highly mobile, it would create an incentive for local authorities (the GLA if the tax was devolved to London) to pursue lowest common denominator and short-termist policies of setting very low tax rates in order to attract workers and boost tax revenues, rather than through activities that could boost productivity, increase the supply of new homes and spur further economic growth in the long-term.

Second, London is not a city-state and should not be encouraged to operate like one. Perhaps more than any other city in the country, London is dependent on its surrounding areas to supply a large pool of skilled and unskilled labour. In 2013-14 commuters into London generated £12.9 billion in income tax alone – that’s 27 per cent of the total amount of income tax generated by the capital. More generally, London is also reliant on the rest of the country for its stock of students and skilled workers – London benefits from a significant inflow of 22 to 30 year olds from Britain’s large cities, 58 per cent of those who leave large cities at 22 (after university) move to London.

Finally, this also has implications for national redistribution. The surplus that London generates funds services across the country. Splitting off a tenth of national revenue would have repercussions for those areas that are less able to support economic growth.

There are powerful arguments for London to be given greater freedom over its taxes, and this might well include more control over a share of the revenue raised from income tax (known as assignment). But allowing London to vary rates of income tax would be bad tax policy and bad politics. A more realistic and focused set of fiscal devolution proposals for London can be found in the London Finance Commission’s report, which makes the case for the retention of the full suite property taxes (including stamp duty, business rates, council tax and ATED), and the ability to raise some additional taxes, by London’s Government. In 2013-14, this would have accounted for just 3 per cent of the total tax revenue of Great Britain.

Building on our recent recent work, ‘Mapping Britain’s public finances’, which provides the first GB-wide map of tax and spend across the country, we will be publishing detailed analysis on fiscal devolution to UK cities later this year.