Last week, the government abandoned its “stay at home” message, and replaced it with a “stay alert” approach, a decision presumably informed by the downward-facing trends of the spread of the virus, nationally.

This was contested in Scotland, on the grounds that this country-wide approach ignored the relatively higher infection rate north of Hadrian’s Wall.  Expressing similar concerns, the mayors of Liverpool City Region and Greater Manchester have urged the government to publish local rates of Covid-19 transmission.

At the heart of this lies the policy question about whether we should adopt a varied approach at the local level. What does the data say?

Covid-19 spread has not operated at the same pace everywhere

Looking at the evolution of daily confirmed Covid-19 cases shows that the virus spread is at different stages in different places, as illustrated by the shape of the curves on Figure 1. In cities such as Birkenhead, Sunderland, Oxford, Warrington, the peak was reached relatively earlier on.  Some places like York or Stoke have only reached the highest point very recently, and others have experienced a strong rebound, like Wigan or Doncaster.

Figure 1: Daily increase in the number of cases, 5-day average 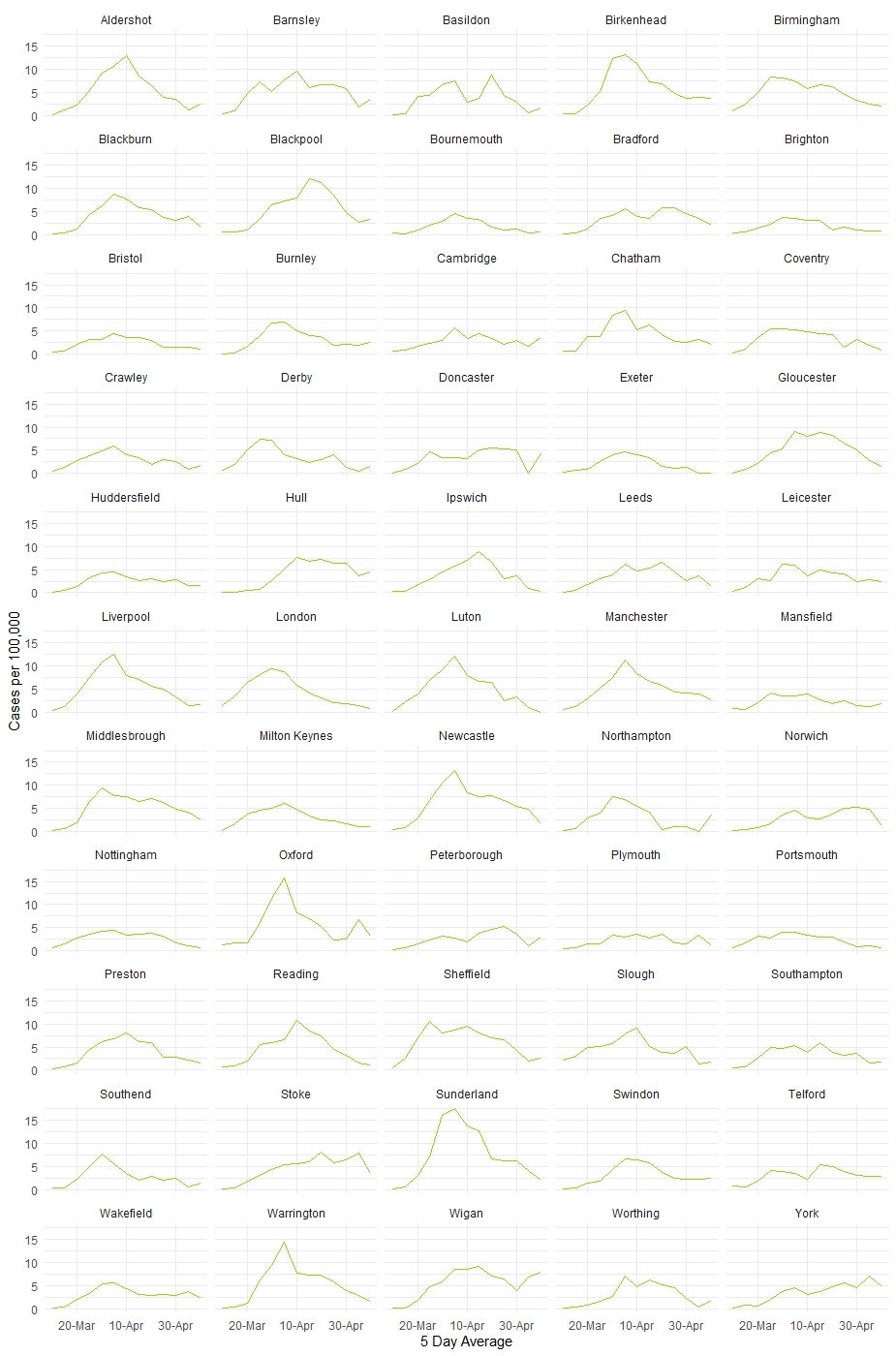 But the shape of the curve is not the only thing we should look at. The latest number of daily-confirmed cases also gives an indication of how cities compare when it comes to the transmission of, and resistance to, the virus locally (see map below) 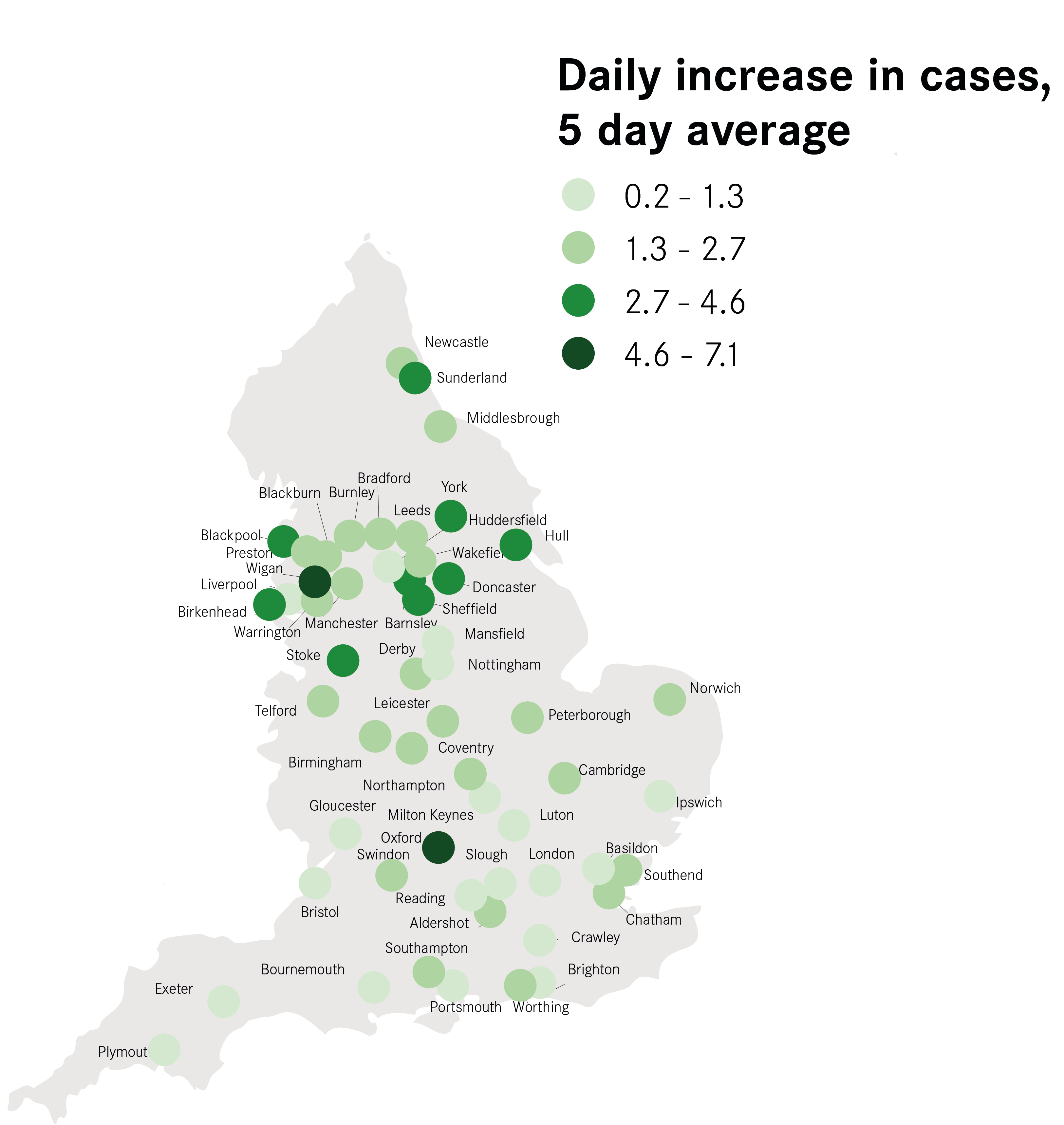 Figure 2 highlights a clear spatial and regional variation: with the exception of Oxford, cities with the highest number of daily-confirmed cases are all located in the northern parts of the country. This suggests that cities such as Wigan, Sunderland, Blackpool or Doncaster have a slower fall in infections, while in Exeter, Plymouth or Ipswich the daily increase in cases is below 1 per 100,000 population.

A wide range of possible explanations can account for this, including health and socioeconomic factors, but the industrial and sectorial structure of the labour market may play a key role. The fact that some cities have a higher share of workers who can’t work from home and are therefore more exposed to the virus may partly explain these spatial variations.

This is even more important as we know that the spread of the virus is positively correlated to local deaths. Our analysis of cumulative deaths data shows that cities with a relatively lower proportion of their population tested positive also have a lower death rate (such as Plymouth, Norwich or Peterborough), while in places like Sunderland, Liverpool and Birkenhead, the opposite is true.

Other countries have been varying lockdowns in light of regional variations in the spread of the virus. In France, each county has been classified as either red or green depending on the estimated local “active circulation of the virus”. Although the lockdown was lifted at a national level last week, a few additional restrictions were placed on red areas (such as the reopening of parks or schools). Germany followed a similar path, where each Länder could decide how fast the lockdown was lifted and how they proceeded, in order to account for local needs and vulnerability.

No such thing has yet been suggested or confirmed in the UK- at the end of April the government actually rejected the idea of a regional lifting to lockdown measures. But the findings above, as well as the publication of local ‘R’ data, may justify a need to reopen the debate. Being responsive to local infection rates could be the most appropriate way to lift the lockdown.

This has important policy implications for the “building back better” agenda and must be coordinated with industrial or sectorial support in an integrated approach, as places which experience a longer or stricter lockdown are likely to see a higher strain on their local economy.

Health check: where are the most vulnerable cities in the UK? 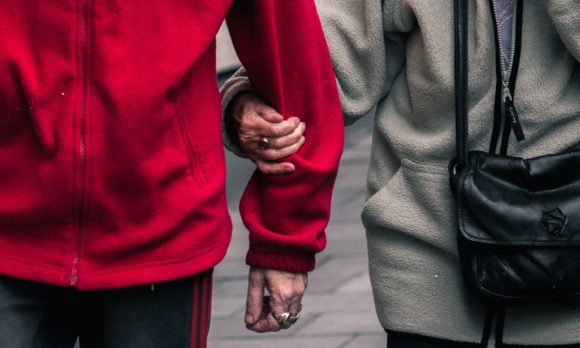