Just what is a city, exactly? It’s a question we get asked a lot – even more so in the days after it was announced that eight places have been granted city status as part of the forthcoming Platinum Jubilee celebrations. All of us at Centre for Cities extend our congratulations to the eight successful bidders and hope that it inspires some civic pride in each place. However, we shouldn’t get carried away with any notions that the award will boost their economies.

Whether a place has city status or not is incredibly unlikely to be part of the criteria businesses use when deciding where to locate. Instead, key factors are skills of the local workforce – both in terms of the level of qualifications and the number of people with them – availability of appropriate commercial space, and local transport links. The awarding of city status has no impact on these factors, despite claims to the contrary.

Looking at places such as Reading, Bournemouth, and (until last week) Milton Keynes reminds us of this. All have been magnets for investment from high-skilled businesses in recent decades despite their town status. Yet despite this, many places still covert the royal seal of approval.

A total of 39 towns bid for city status this year. If this is because they believed making a bid is a worthwhile means of spurring civic pride, then that is fair enough. However, if it is instead made in the belief that there will be some economic return on investment, then these areas should focus their limited resources on other factors instead.

The awarding of city status is guided by a set of pretty intangible and disparate criteria. Cultural heritage is on the list, as are royal links and local identity. Size – perhaps the one factor most people would agree on when being asked to define a city – is not.

If size had been the guiding factor, though, which of this year’s 38 bidders would have made the cut? With a combined daytime population of 1.15 million, Bournemouth, Middlesbrough and Reading would have been successful. Northampton, Chatham and Crawley would also join the list, alongside actual winners Milton Keynes and Doncaster.

Even this alternative list would still leave some pretty big places without city status. If Birkenhead, Luton and Blackpool had bid, they would have made the cut instead. Presumably they had come to the sensible conclusion that it wasn’t worth it.

The winning of city status generated a bit of short-lived media attention and no doubt a feel-good factor for the residents of the winning areas but true cities are places of scale. For those that aspire to be cities and take advantage of the benefits of being so, building more houses should be on the agenda, rather than winning royal contests.

In the meantime, you can see extensive data on the UK’s 63 largest towns and cities on our City Monitor data tool. 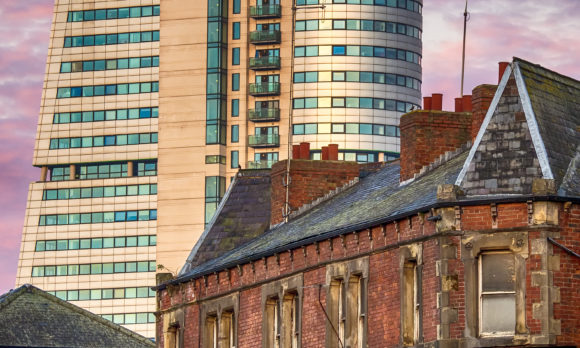