David Cameron used his speech at the BCC conference today to call on businesses to give workers a pay rise. He is “confident that more businesses will pass on that good economic news to their workers in rising pay cheques and higher earnings”. If real wages are to return to pre-recession levels, the need for a pay rise is far greater in some cities.

Generally speaking, if productivity rises then wages should also rise. But according to IFS analysis published last week, output per hour in 2014 was about 2 per cent lower than 2008 levels, whereas real hourly pay in April 2014 was more than 4 per cent lower (adjusted using the GDP deflator). If we include changes in the price of imported goods and VAT rises, then real hourly wages fell by 5.6 per cent (RPIJ) or 8.5 per cent if you exclude falls in mortgage interest costs (CPI).

Real earnings remain well below pre-crisis levels in the majority of UK cities. On average, real hourly earnings adjusted for inflation (using RPIJ) were 5.2 per cent lower in cities in 2014 compared to 2007. But just as there is variation in the extent to which real wages have fallen among different types of workers (young vs old or men vs women, for example), there are significant differences between cities. 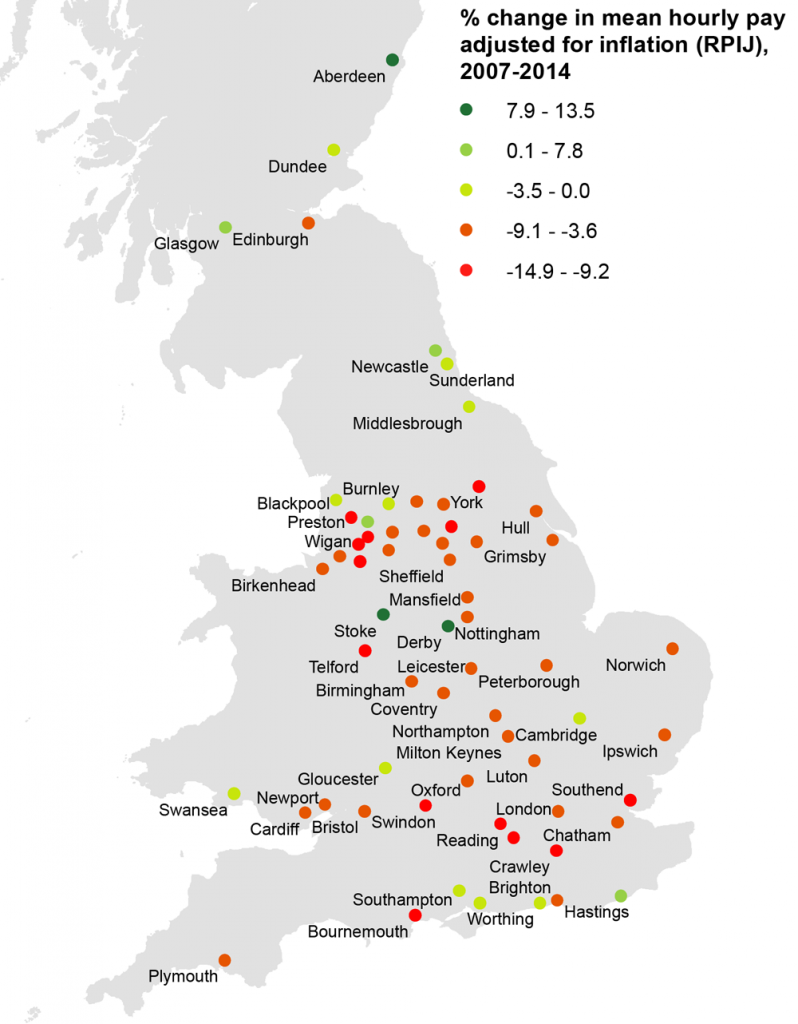