Data released by TomTom measuring traffic conditions for several cities reveals that while overall returns to normal have so far been slight, some places have started moving again much quicker than others.

How did places go into lockdown?

After the lockdown was announced, congestion levels dropped rapidly across cities in the UK.

On average, in the 25 places with data available, activity dropped to around a fifth of usual levels. Most cities reached their lowest levels in the week beginning 30 March, the week after the lockdown was officially announced. Those that didn’t hit their lowest point the following week. 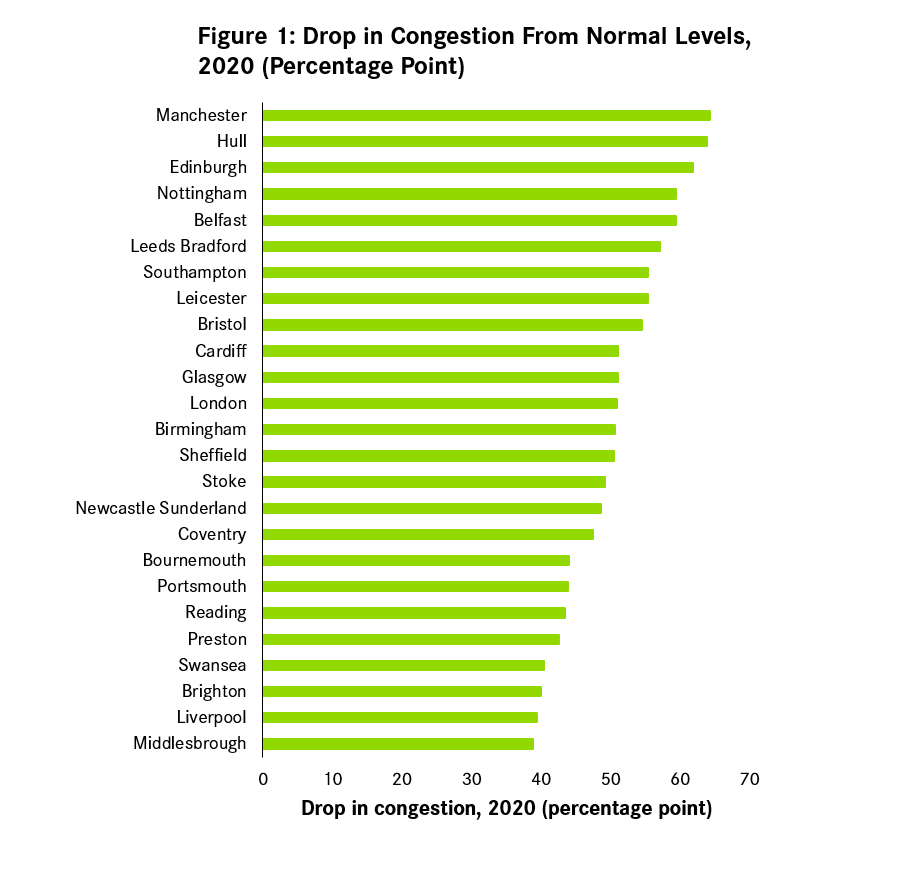 How have cities started moving again?

After cities reached these minimum levels of activity in early April, congestion over the next five weeks started to gradually creep back up across the UK. However, in most places this increase was minimal when compared to previous congestion levels.

Figure 2 shows the average levels of congestion in selected cities. A fortnight ago, congestion levels dipped again despite the Government’s relaxations of restrictions although it is unclear what may have caused this.

Congestion in 23 out of the 25 cities last week was still less than a third of levels before the lockdown, showing that places still have a long way to go before movement around cities returns to its usual heights. 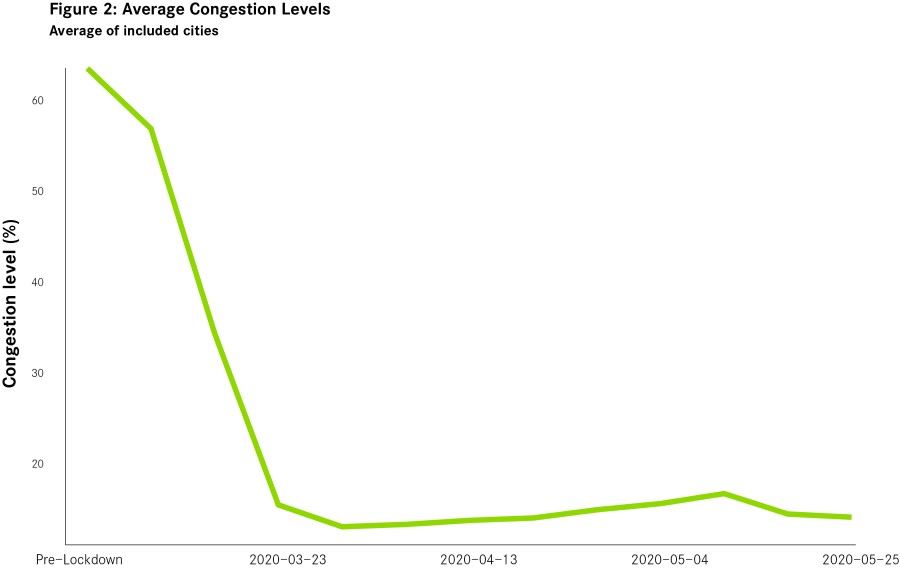 This is not to say that all places might have seen only slight increases in activity. Over the six weeks between early April and early May, London saw a large increase in the level of congestion, with weekly figures rising from 12.6 per cent to 21.8 per cent over this period. This may be related to the fact that London had its first cases of COVID-19 earlier than most other places.

Other cities that saw larger increases are Stoke and Reading both of which saw congestion rise by 6.1 percentage points over this same period. Figure 3 plots these changes for each city where there is data available, with only ten weeks shown so that the relative changes are easier to see. 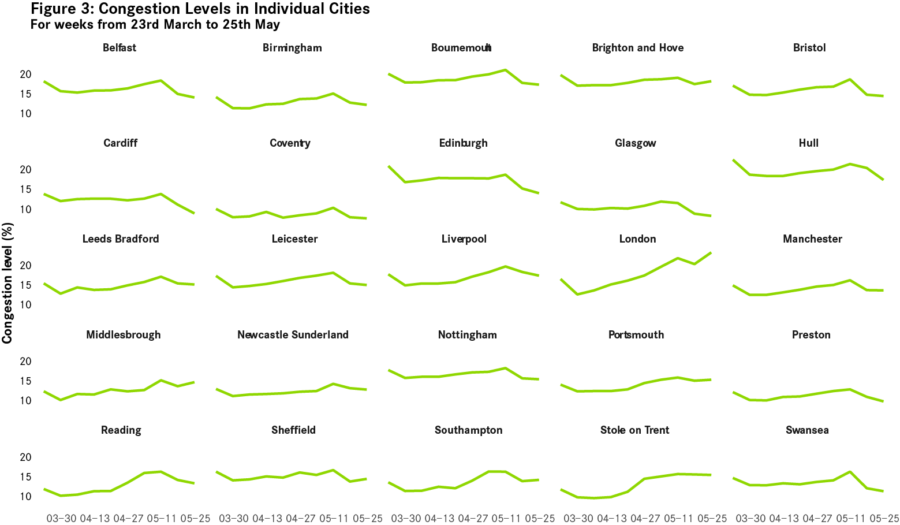 How quickly did people respond to the coronavirus?

Although some places saw larger increases in activity, most did not. 18 of the 25 cities saw an increase of less than 4 percentage points over the six weeks before dropping again a fortnight ago.

Congestion levels in places such as Brighton, Cardiff and Glasgow saw much smaller increases than this. In those cities, congestion levels increased by less than 2 percentage points between the nation going into lockdown and their peak levels three weeks ago.

The shift in messaging from the Government did not seem to result in any great increase in traffic either. While three weeks ago when the Government first announced some relaxations, over half of the cities saw their largest weekly increase since the lockdown started, these changes were tiny compared to traffic levels before lockdown. The further decrease in congestion for most places over the past two weeks confirms this.

These small returns to normal also held for the past three weekends. The first weekend of reduced restrictions on travelling for leisure saw increased congestion in every city, but weekend congestion is still at a level that is less than half that before the lockdown for 16 out of the 25 cities.

So, while there has been some increase in movement, before recently falling, these increases have started from a very low base. Centre for Cities will continue to look at changes in traffic flows as the lockdown is lifted.