For the past six years, experts have scrutinised employment figures month-by-month to track what’s happening in the labour market. Recent trends can be described as somewhat of a double-edged sword. The good news is that the employment rate has returned to a record high. The flipside is that real wages (earnings adjusted for inflation) are still falling, prompting many to focus on the types of jobs being created rather than just the number.

For many, particularly those with high level qualifications, cities offer a wide variety of job opportunities with higher wages and longer term career paths. For many others, changes in the labour market mean an increasing number of people are at risk of getting trapped in low paid work.

Many will be familiar with the notion that the labour market is ‘hollowing out’ or polarising between high and low pay jobs. Between 2001 and 2011, for every 100 high pay jobs created in cities (managers, professional and associate professionals), 80 low pay jobs were created (sales, personal care and elementary) and twenty intermediate jobs (admin, skilled trades and process operatives) were lost. 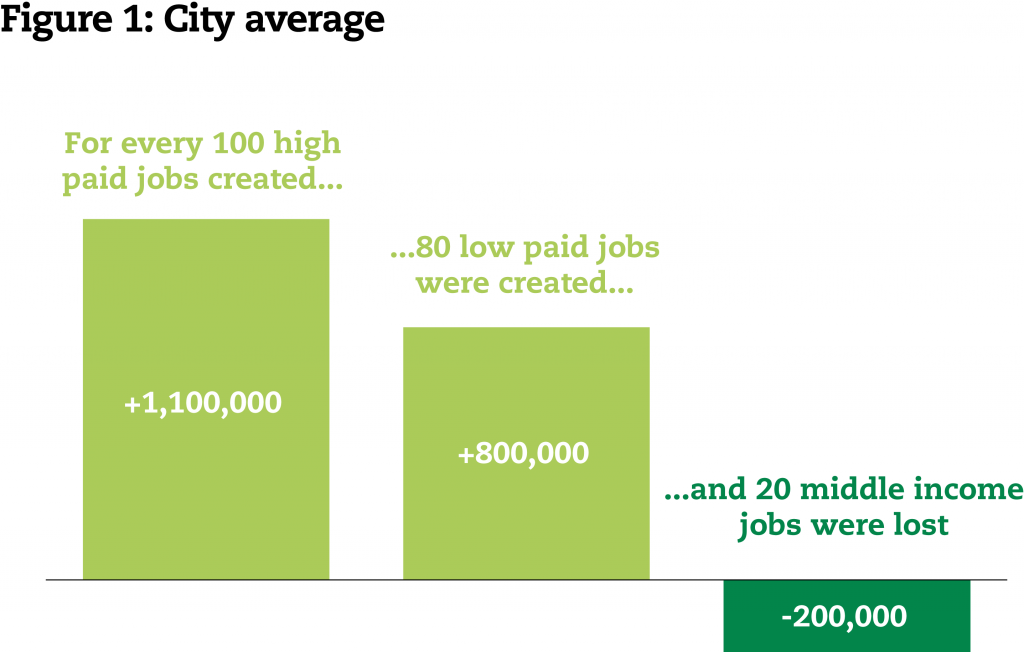 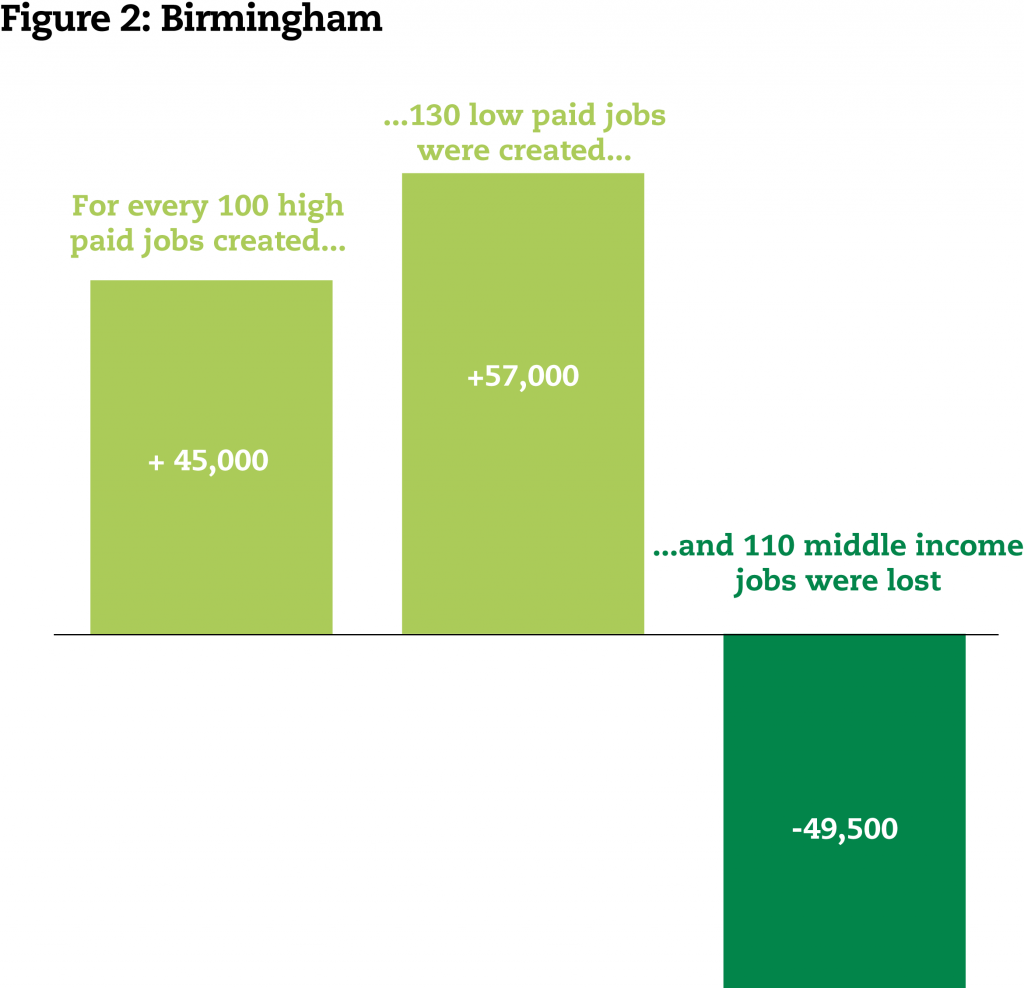 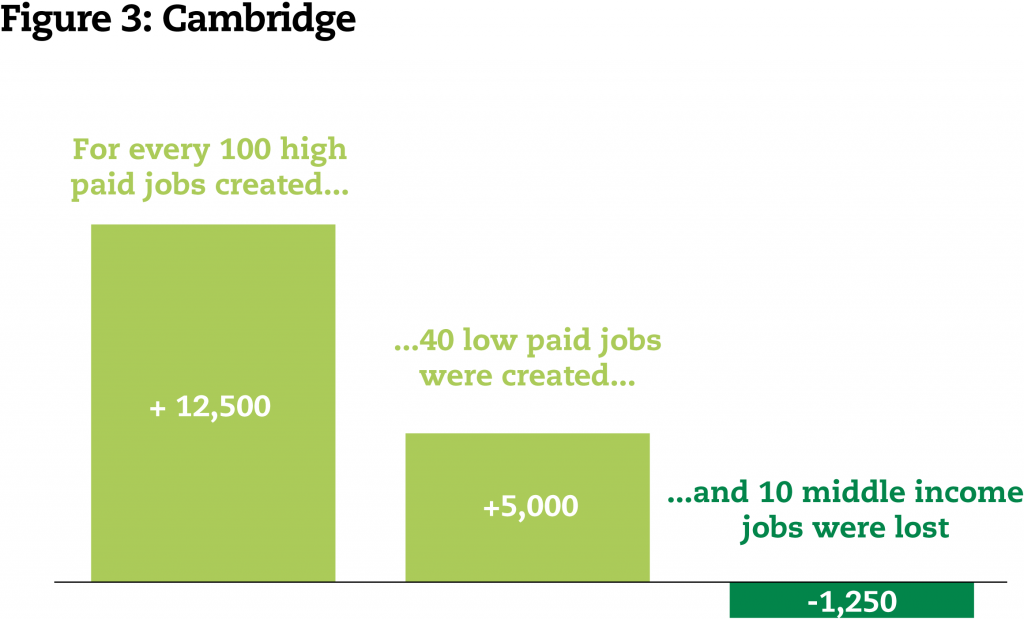 In Birmingham and Stoke (and other cities most affected by these structural changes) jobs in manufacturing, which tend to be higher paid, more secure and were an obvious career choice for many in the past, are being replaced by lower paid jobs in the care sector. Employment in manual jobs (those most associated with manufacturing) declined by a fifth in Birmingham between 2001 and 2011, while employment in care increased by half. These jobs are notorious for being low paid and insecure.

Changes in the types of jobs available in these cities will have implications for pay, job security, progression and the wider economy:

Whatever way you look at it, the shift towards low pay work is bad for individuals and the economy as a whole.

These are deep structural changes that no city can, or should, be seeking to reverse. But we do need to do more to improve the functioning of city economies, and with that access to higher quality jobs. Traditional responses, which focus on skills and qualifications, simply won’t cut it. For many cities, like Birmingham and Stoke, the biggest challenges are insufficient demand for skills and labour.

Every city needs the right mix of demand and supply side policies – ones that support workplace training, career progression and create an attractive environment for business, alongside skills and living wage campaigns. Giving cities the power and funding flexibilities to put the right package of measures in place will help businesses to create more jobs and better jobs – and that will help create the economic sustainability that this country needs.