Last February, Northamptonshire County Council became the first – and thankfully so far only – local authority to hit the financial wall and effectively go bankrupt. In 2019 the financial challenges facing local government show no sign of going away, and in fact are likely to get worse.  Nearly a decade of falling Central Government grants coupled with rising demands for statutory services such as social care has created a widening financial hole that even the best run councils will struggle to fill without more funding and more fiscal freedoms.

Despite greater reforms and savings by local government than any other area of public spending, Government has been forced to follow its cuts with bailouts over recent years, throwing emergency life rings to keep services such as social care (and soon policing) from going under.  This cannot continue indefinitely, and the strains are becoming more evident.  More potholes (which also received a bailout in the Budget), reduced bus services and fewer planners are inevitabilities when budgets are so tight.

Through the upcoming Spending Review, 2019 should be the year that central government gives local government the breathing room, with appropriate funding and fiscal tools, to deliver the public services and support the economic growth that their places and people need.  As well as ensuring that local government is funded adequately, reforming Council Tax and Business Rates to reflect land values more closely, devolving portions of national taxes such as income tax and VAT – as is happening in Scotland – and allowing councils to introduce new taxes and levies, should all be on the table.

Hell on the high street

The collapse of HMV meant that the festive break saw no respite for any city hoping that 2018 would prove to be the low watermark for retail. Famous names such as Toys R Us, Evans and Maplin all closed their doors for the final time.

In 2019 more bricks-and-mortar retailers will go under as their business models continue to prove less attractive to shoppers compared to the almost infinite choice, lower prices and near instant delivery of e-commerce.  Cities should avoid the temptation of swimming too hard against this tide, and instead should focus on interventions to make their city centres more attractive to non-retail businesses and activity.

Evidence from our Building Blocks report showed that cities with successful economies have more city centre office space and healthier retail offers too.  Increasing the number of people living and working in city centres seven days a week with more money in their pocket is the most sustainable strategy to keep tills ringing, not cutting business rates or offering more free parking.

Many city leaders have already woken up to this. Andy Burnham and Andy Street have both launched local high street plans, focused on developing more dense housing around better transport links. And the £675m Future High Streets Fund announced in the Budget largely picked up on our recommendations, moving away from the retail-focus of the Portas review.

In 2019, city leaders and Central Government should focus on addressing the underlying challenges that leave weaker city centres and high streets vulnerable to the changing pattern of retail: too few skilled workers, too much retail, inadequate workspaces,  poor public transport and highly dispersed activity across the city. 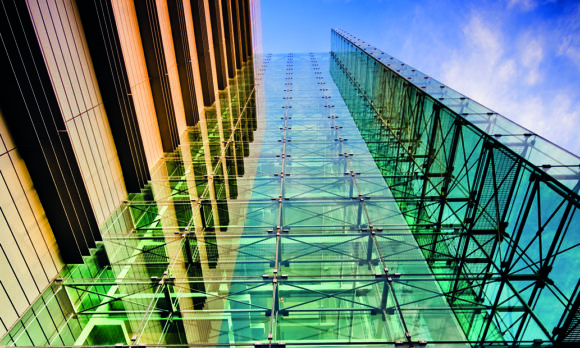 Devolution running out of puff

The election of Sheffield City Region Mayor Dan Jarvis in May – without powers or a salary – symbolises the problem the Government’s lack of leadership on devolution has created.  Leaders in Yorkshire continue to push for a regional deal which ministers have not definitively ruled out but nor have they ruled it in. The absence of Gateshead means that this May’s North of Tyne metro mayor election will be missing an integral part of the city-region. And the LEP review will mean that local government in city-regions without metro mayors will be further removed from the economic decisions that will affect their areas.

For everyone’s benefit, the Government needs to make it crystal clear what it will and will not accept for devolution in 2019. The Devolution Framework, which was due to be published in December, has to be the document that provides this clarity.  A document more focused on tidying up anomalies, or accommodating areas where local politics makes bottom-up devolution impossible, will be a missed opportunity.

And of course Brexit

National politicians and civil servants will continue to be consumed by Brexit this year. Even if the Government can agree on a Withdrawal Agreement, then attention will turn immediately to its implementation and then negotiation of the future trade relationship with the EU by 2021.

Civil service capacity and political ambition for the domestic agenda is unlikely to be any greater this year than it has been since the referendum. As a result, issues of critical importance, such as social care, devolution and housing continue to drift.

The irony of the referendum result is that the process of leaving the EU has left less room for attention to be paid to many of the domestic challenges that informed the Brexit vote, and the Government seems reluctant to let cities get on with it. Our Cities Leaders Survey with Arup highlighted how poor the relationships between city leaders and ministers have become.

This was the offer Andy Burnham made to the Government in September – to take the lead in addressing the urban issues that Brexit has diverted attention from, by moving power and resources from ministries to municipalities, thus giving voters greater control over the decisions that affect their lives.

For the gloomy forecasts for the UK economy in 2019 not to become the reality, the government needs to refocus on the domestic policy agenda and give all cities the powers and funding they need to become more powerful engines of prosperity and opportunity.

Austerity Brexit Devolution High Streets
Future of cities High Streets
What does the revaluation of business rates tell us about the economy?