As the return of workers to city centres continues at varying paces across the UK, on 11th November Centre for Cities held the first of three events in partnership with L&G exploring what Covid-19 means for the future of cities. The online panel discussed the future of work from the perspectives of investors, providers and occupiers of office space, debating the implications on how we plan, run and think about places of work and the cities in which they are located.

How will working from home change our cities? 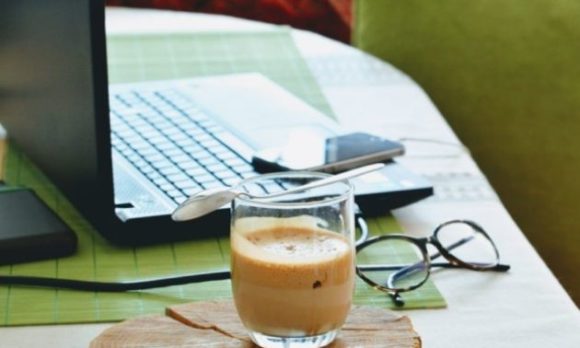 The pandemic has merely accelerated pre-existing office space trends, rather than creating new ones

The panel agreed that the much-debated demise of cities had not materialised. At the start of the crisis, an expectation emerged that, overall, less office space would be needed by businesses over the longer term. But these arguments ignored the inherent strengths of cities, namely the value of collaboration, face-to-face interactions and knowledge creation, and this is why we have seen a recovery in office working.

According to Bruntwood, the return to the office has been much stronger than expected, citing footfall back to between 60 per cent to 70 per cent of pre-pandemic levels in the buildings they track, whilst in certain locations this reaches nearly 110 per cent. Centre for Cities’ research echoes this variation of recovery across cities; our latest data from September also shows that footfall continued to rise in the UK’s 63 largest cities and towns by an average of 8 per cent compared to pre-Covid levels.

Instead, the trends in place for office spaces before the pandemic have been accelerated by the crisis. For example, the way space is used will likely change; an increased desire for flexibility has emerged, not just from workers but from employers too. Shifts away from the typical office design of desk rows have materialised whilst demands for space to be more collaborative have increased.

Office working provides many benefits, but employers will have to adapt to workers’ needs

The pandemic has strengthened the belief in the value of office working. The benefits of offices were summarised by Amazon as “the four Cs”: collaboration, culture, connection and celebration. Amazon look at these through three lenses, from the perspective of customers (i.e. how should companies deliver and innovate), stakeholders (how should companies interact with them) and the businesses themselves (how do the 4Cs work internally).

There was, however, unanimous agreement that although hybrid working is difficult to maintain, firms will need to balance this with employees’ preferences for home working. The tensions between two particular demographics stand out, where graduates in house shares prefer office working, whereas employees with families living outside of city centres are more conducive to home working.

The panel noted that firms tend to prefer an “office centric” culture as activities such as brainstorming and creative problem solving are more effective in person, yet they recognise different demands across teams. Rather than issuing top-down guidance on working arrangements driven by a firm’s ideology, Amazon notes that an effective way of supporting employees has been through delegating this decision-making to individual teams, on the understanding that the office-based culture is the basis for working. Businesses can also encourage the return of workers through an “activity” approach. Prior to Covid, businesses holding events tended to hold offsites externally; companies are now considering “onsites” to draw in workers back to the office, with a focus on making this time in the office productive.

Bruntwood and Amazon noted that not only are firms looking to consolidate their presence in city centres, with higher retention rates of office spaces than in a normal cycle, but they are also assessing expansion opportunities. Access to talent is a crucial factor which businesses consider when deciding where to locate or expand to; Cambridge’s supply of technical graduates and Manchester’s linguistically diverse workforce were used as examples of British cities’ advantages for global firms. Certain sectors are experiencing increased demands for fully virtual working in employment contracts, whilst businesses are grappling with junior workers moving out of central London in favour of longer but less frequent commutes, and what this means for access to labour.

A city’s local environment and workers’ quality of life has grown in importance, with Manchester’s Northern Quarter an example of an area offering a rich and diverse mix of cultural amenities. Furthermore, workers need to reach offices easily, therefore businesses are targeting accessible workplaces near airports, public transport and roads for bicycle access. The importance of public transport in providing businesses with access to a wide pool of labour was analysed in recent Centre for Cities research, showing why a lack of density in how British cities are built prevents people from living near urban transport and ultimately hurts access to job opportunities.

The demand for more amenity-rich office space has grown

LGIM discussed how pre-pandemic, investors were predicting the demand for space through long-term employment growth as a proxy, looking at the education of a city’s residents, the performance of local universities and population growth. As more workers return to the office, demand for office space is also being driven by the increasing importance of amenities and the sustainability of buildings, with rents for high-quality offices holding up depending on specification and location; the desire (and need) for talent is driving businesses to create environments which are more attractive than homeworking. And LGIM highlighted that this trend towards Grade A space means that occupiers are demanding more not just in the form of facilities (e.g. showers and bike racks), but also around how buildings are managed.

These new requirements for tenants and the net zero agenda’s challenging targets for buildings will see increased pressures on providers of lower volumes. The panellists also recognised that the demand for Grade A space raises concerns around lower quality space in businesses’ secondary markets and there should also be further consideration around how to improve the economies of these areas, with Bruntwood noting that more needs to be done over the longer term than simply moving civil servants to struggling areas.

There is also a broader narrative around the ability of the market to deliver these demands for Grade A spaces in the context of construction price inflation, with the costs of materials and wages of workers on an upward trajectory and likely to persist. However, as businesses are showing greater interest in how buildings feel and operate, they are willing to pay a premium to do so, particularly in London.

Separately, the panellists debated whether the “hub and spoke” model for offices is proving popular, where firms locate in both smaller city centre offices and suburban business parks. Some firms are reacting to demand for professional, flexible workspaces located in local high streets where people don’t have to travel into city centres, and are looking more to the “pay-per-day” model of office spaces. For others, hub and spoke is not part of their long-term strategy, given their multiple locations and handling of sensitive materials which is not conducive to work in public spaces; they instead recognise the benefits of innovation and creativity which occurs when teams come together in person.

You can watch a recording of the event via Centre for Cities YouTube channel, here.

The event was held in partnership with L&G.

Drawing on data from Cities Outlook 2023, this short deep dive session will spotlight economic inactivity and key trends for London and cities in the South East.

Hosted in partnership with Midlands Connect, this event will explore why delivering the Midlands Rail Hub is key to the region's future.