In Friday’s ‘mini budget’ Kwasi Kwarteng is expected to unveil the details on the ‘up to 12’ investment zones that Liz Truss announced during her prime ministerial election campaign. In a change of direction for the levelling up agenda, this approach will focus on reducing regulation to encourage growth. However, the evidence suggests we should be wary about how this will play out.

The parts of the country that have underperforming economies struggle because they don’t sufficiently offer the benefits that high productivity businesses are looking for – namely access to high-skilled workers and a network of other knowledge-based businesses. Any policy to level up should focus on changing this and also pass the Nissan test.

What these places do have in their favour is that they are relatively cheap places to do business. Yet, despite this cost advantage, they have struggled to attract high-productivity businesses, suggesting cost is not the main driver of the location of such activities.

Cutting regulation – which is the main premise of the investment zones – will make these places even cheaper places to do business. It doubles down on their existing ‘strengths’, rather than overcoming the barriers that slow the types of investments that will create high-wage, high-productivity jobs in sufficient numbers. We shouldn’t expect tax cuts to turn their economies around.

If investment zones do create jobs (and past evidence on this is underwhelming) it is likely that they will merely encourage further low-skilled job creation. Creating more jobs is obviously a good thing, but it replicates what the places already have and the problems (e.g. low wages, lack of career progression) this creates, rather than changing the make-up of them.

The big problem for many struggling areas is that they haven’t got skilled workers in sufficient numbers to attract high-skilled jobs. This is likely the reasoning behind the mooted tax cut for workers who move into the investment zones.

There are two big questions about how effective this would be. The first is that it is a policy designed to encourage the displacement of workers from one place to another, rather than increasing the overall pool of skilled workers. If this was to pull more graduates from rural areas into cities, on balance it should make the UK economy more productive. However if it pulls them from London, or from Manchester or Leeds (themselves under skilled) to other, inherently less productive parts of the country, it could make the areas themselves more productive while making the UK economy overall less productive. That wouldn’t fit with the mantra of ‘going for growth’.

The second question is whether the cut would even encourage people to move. As is the case with varying business costs, it is already cheaper to live in struggling areas. Cost does not seem to be the only determining factor in where people chose to live.

Planning rules are also expected to be relaxed. If this shifts to a system where rules are set up front, rather than on a discretionary case by case basis, then this is a good thing as it would bring greater certainty to the planning process.

We need to recognise here though that planning bites most in the Greater South East, where the tension between growth and development is greatest. The interesting thing about this policy is that it provides an experiment conducted in the North and Midlands for much needed wider reform to encourage growth in the South.

That said, one change to planning that could help big cities in particular would be to encourage greater density of housing in their suburbs. It is the low-density nature of these big cities that makes public transport provision more difficult than in cities on the continent and contributes to their wider economic underperformance. Addressing this would be a very good thing for the national economy.

If the zones are to be effective then the choice of location will be important, and they will need to be married up with a broader range of interventions and an overarching strategy of what they are trying to achieve, rather than purely being driven by the idea of cuts to regulation. On location, the policy will have the best chance of success if it works with the grain, identifying those places where there is the greatest headroom for growth. Potential for growth in and around places like Oxford are large, but the politics likely mean that this will be very difficult. In contrast, not only is there much headroom for growth in large cities, but the politics of growth are likely to be easier too.
On policy, there are two ways in which they could help encourage growth in large cities.

The first, discussed above, would be to encourage greater density of housing development in their suburbs. This would increase the number of workers within 30 minutes’ commute of the city centre and, given the larger volume of people living in one place, would make public transport more feasible. A growth plan that involves putting light or underground rail in large cities combined with high density housing around its stations would meet both growth and net zero goals.

The second would be to use them as a tool to regenerate and expand their city centres. Birmingham has already used the enterprise zone in its city centre to get capital investment into it. There is much headroom for growth in other large city centres, which are both too small and not performing as well as they should be. A suite of polices going for growth should be looking to pull these centres up to making the contribution that they should be to the national economy.

The Nissan Test: What any levelling up policy will need to pass if it is to be successful 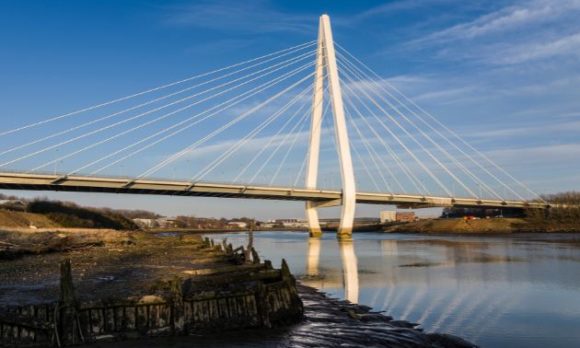 Housing Levelling up Productivity
Future of cities Levelling up
Has Blyth really been forgotten by levelling up?