The Job Retention Scheme which pays wages of people who otherwise would be made redundant is considered a big success. It prevented millions of jobs from being lost in the UK – at least in the short term.

But the impact of the crisis is deeper. Latest figures show that unemployment claimant counts are up everywhere in the country, with cities and large towns with weaker economies in the North and Midlands most affected. And these are expected to rise as many jobs which are now protected by the Job Retention Scheme may be lost forever.

To fight long term unemployment in the aftermath of the crisis, the right labour market policies are essential. We spoke to Tony Wilson, Director at the Institute for Employment Studies, about what the policy response of the government must consider when moving to the recovery phase to bring the labour market back on track.

It is largely the less qualified and people in lower paid jobs which are now driving unemployment claims and a lot of them are young people. Wilson thinks it is possible that around 700,000 young people could have become unemployed in recent weeks, which would drive youth unemployment up to 28 per cent. And it is particularly this group which is suffering the most from the impact of unemployment, for instance the effects on mental health.

On the other hand, previous recessions showed that while older people were less likely to become unemployed, those that did more often ended up in long-term unemployment. Support must take into account the different needs of the most vulnerable groups.

2) Any response must be timely

Due to the specific circumstances of the crisis, large parts of support for the unemployed are currently paused. But the longer this lasts, the harder it will be to get people back to work. Wilson’s own research calls for a quick mobilisation of employment services encompassing recruitment services and access to training. While support in the UK is generally tied to strict requirements for potential beneficiaries, employment services should now shift their focus to quick delivery. This would require the benefit system of the UK to be more flexible.

3) Local stakeholders must be involved

Labour markets are not the same across the UK. There is a high variation regarding industry-mix, skill levels and the characteristics of vulnerable groups. For any labour market response this means two things.

First, in developing a response, central government must cooperate with local stakeholders such as local or combined authorities to identify local needs and particularities. Second, when it comes to the execution, the local level must be given more freedom to tailor employment services and shape them to the needs of their areas. A one-size fits all approach won’t work out.

4) Any support must switch from supporting jobs to supporting individuals

It is highly likely that certain jobs will be lost forever due to the imposed restrictions but also due to a changed demand for specific services. Instead of protecting jobs which have no future, the focus must shift to giving the individual opportunities to advance. For instance, by turning subsidies into credits the individual can use to retrain.

Taking successful programmes of the past as a blueprint can help to set up the policy response for today’s challenges. Wilson points out the large success of the New Deal programmes which were characterized by strong individual support such as a 1:1 professional advisory support or sector based work academies. But supporting individuals also needs a comprehensive programme which considers the wider needs of people in relation to work, such as childcare and good health.

You can read all of our work on how Coronavirus is affecting cities and their economies here.

Where has seen the biggest increase in unemployment since lockdown began? 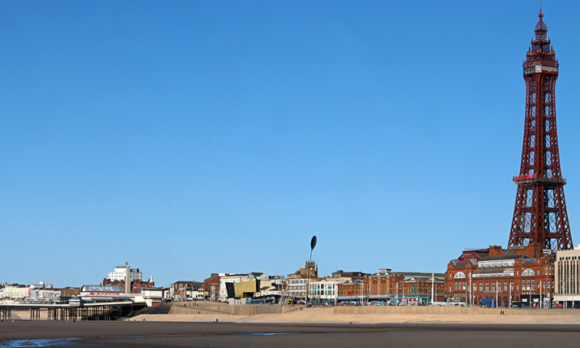