When the Chancellor of the Exchequer makes a speech about the importance of cities and city-regions, you know policy is changing. Today’s ambitious announcement about creating a northern powerhouse, making the most of the belt of cities running from Liverpool to Hull, taking in Manchester, Sheffield and Leeds, is enormously welcome – and it raises the bar for all parties seeking to set out their cities policy.

The argument is one that Centre for Cities has long been making: thriving cities need to be well-connected to access skills from a wide area, with strong city centres that are attractive places to be for workers and businesses to exchange ideas. Northern cities, even the city regions, don’t have the transport connections to operate on this scale, nor strong enough city centre economies. But the kind of focus the Chancellor is arguing for on transport, science and innovation – which is critical to generating jobs and growth – and power, as well as making cities attractive places to be, with large-scale investment attached, could make a vast difference. 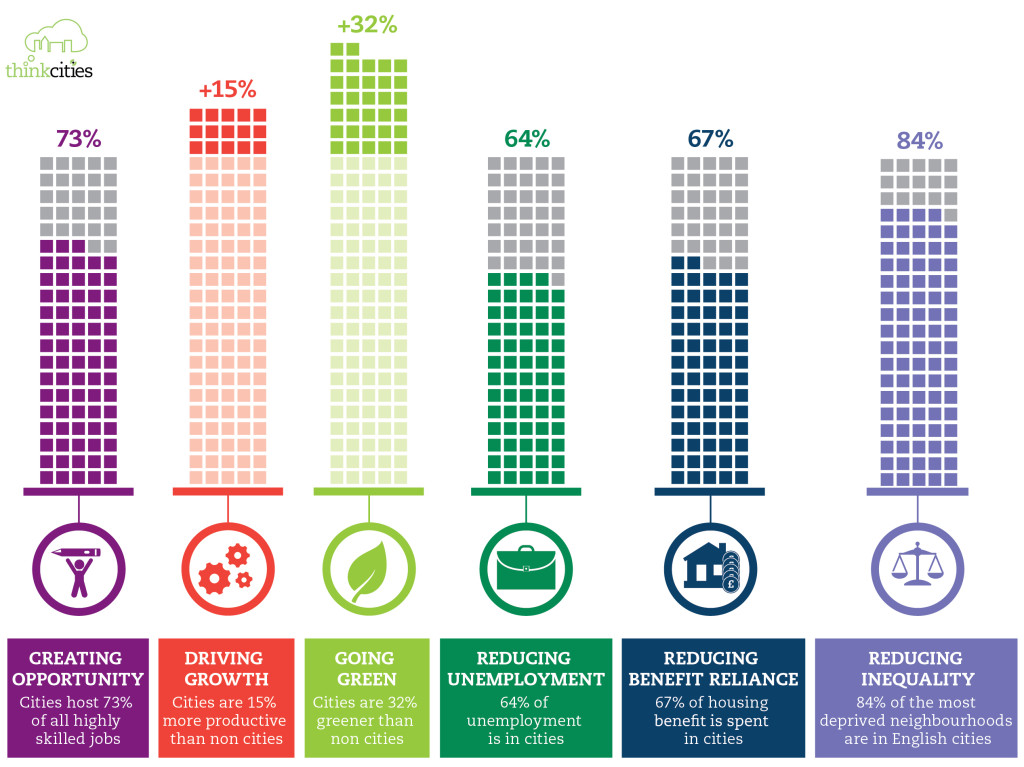 So what next? Centre for Cities is supportive of all the arguments made in the speech, from having a long term plan for the North, to the recognition that it is city regions and not local authorities or regions that are the building blocks of the modern economy, to offering more powers for elected mayors. But making it happen will be critical – ultimately it’s actions, not words, that will transform northern cities.

So what should Government focus on to make this ambition a reality?

First, ensure that the first phase of the fast-speed link goes from Manchester to Leeds. Better east-west links across the country are clearly vital, and will be required to make the most of HS2 for northern economies. But infrastructure investment always takes time so we would urge the government to prioritise Manchester to Leeds. If Manchester’s commuters travelled the same average distance as commuters to London, businesses in the city would have access to 1.5 million graduates (see map below). They are just 44 miles apart, yet it is one of the slowest train connections in the country. Connecting the two biggest northern cities has most potential to have the greatest early impact on scale and growth. 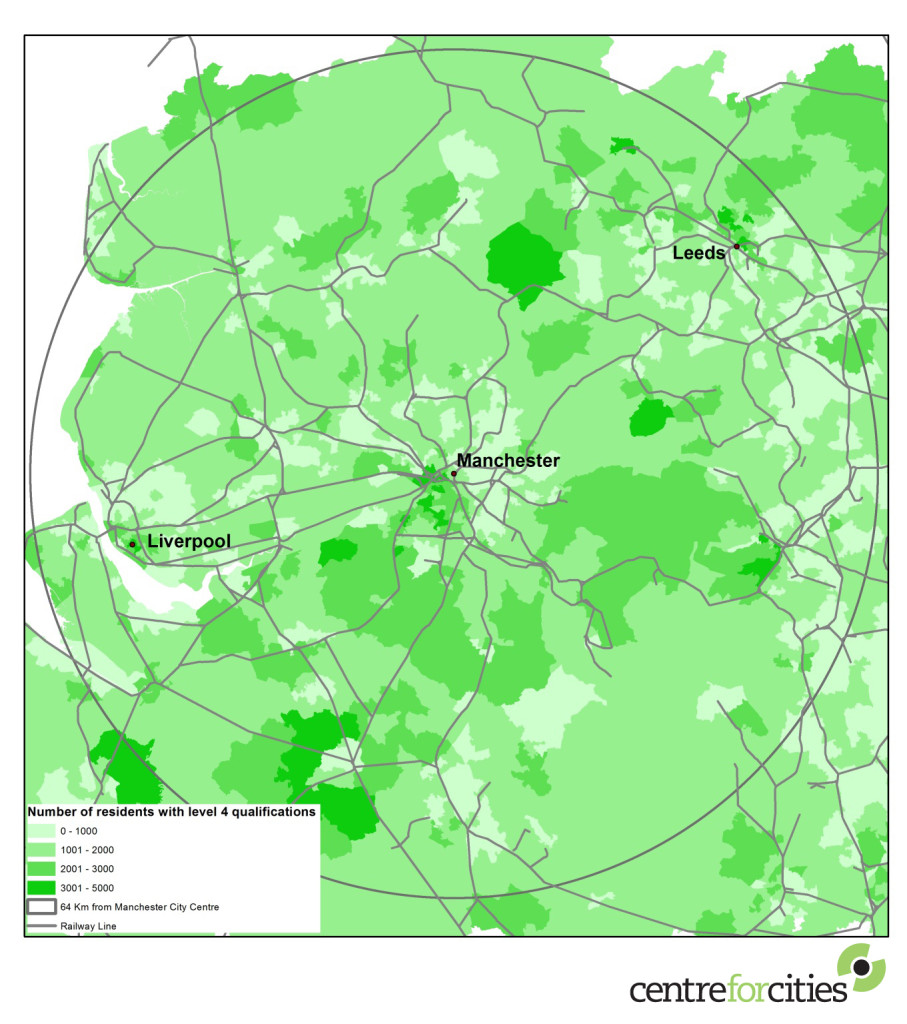 Second, elected metro mayors could make a big difference to city regions – so the Government needs to ensure that there is a clear offer on the table and cities need to be bold about what they ask for in terms of budgets and powers. We’ve been arguing that cities with combined authorities should at a minimum get London-style powers, and our forthcoming manifesto is going to say that cities with elected metro mayors should get the most powers, particularly over budgets. But there are lessons to be learned from the referenda on mayors here, which floundered for all kinds of reasons – partly because extra politicians is a hard sell, but also because the mayors were at too small a scale and it wasn’t clear what you’d get from having one. The clearer government can be – and the more senior politicians like the Chancellor can promise that the offer will happen, despite civil service objections – the more likely it is that this will be a success. 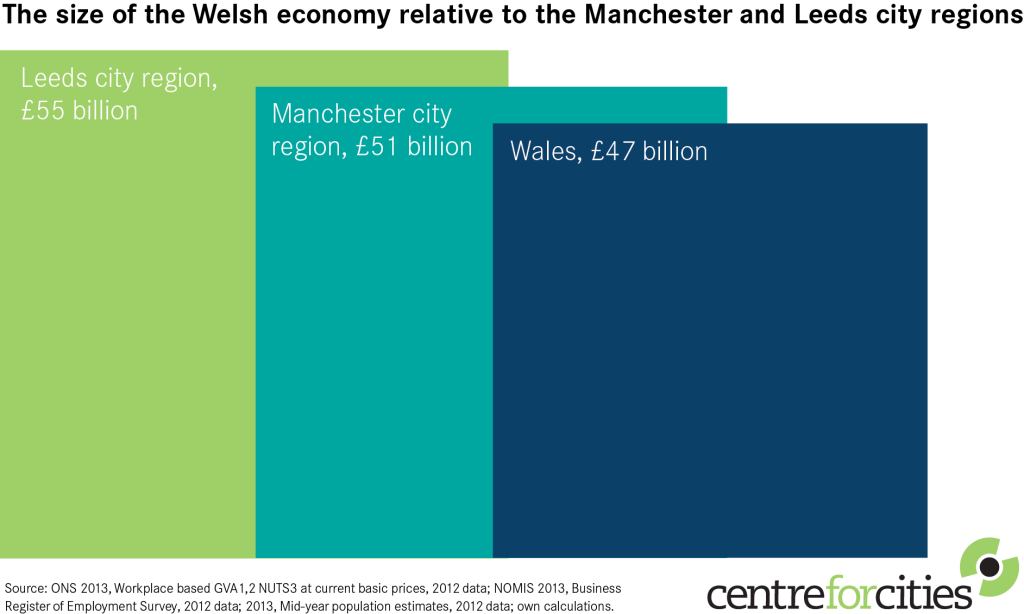 And that’s my third point: the way in which power is devolved will be vital. City Deals and the Local Growth Fund have made important steps towards devolution, but it has been a struggle to get the civil service to change and reforms that could make a difference have often stalled on technicalities. If, however, you have not only the Deputy Prime Minister and the Cities Minister, but also the Chancellor and perhaps even the Prime Minister backing this – after all, it was the Leader of the Opposition making announcements about Labour’s cities policy – then you really could make a difference and overcome the difficulties facing radical devolution.

Two months ago, I called for a ‘race to the top’ on cities policy, when Labour announced their plans around the Local Growth Fund. Today’s announcement suggests that’s what is happening – and the Government has certainly risen to the challenge. Now the focus has to be on making it happen and keeping the pressure on to deliver results, and soon.