Over the past week, record numbers of young people have headed off to university, with more than 409,000 students expected to begin studies at higher education institutions this autumn.

As our recent report Urban Demographics shows, this will have a profound impact on cities across the UK, as more than two thirds of English and Welsh students are based in urban areas (2.5m people in total).

Unsurprisingly, it is large cities, home to a number of different universities and higher education institutions, which are attracting the highest number of student residents – with London alone accounting for 21 per cent of the total number of students in England and Wales. 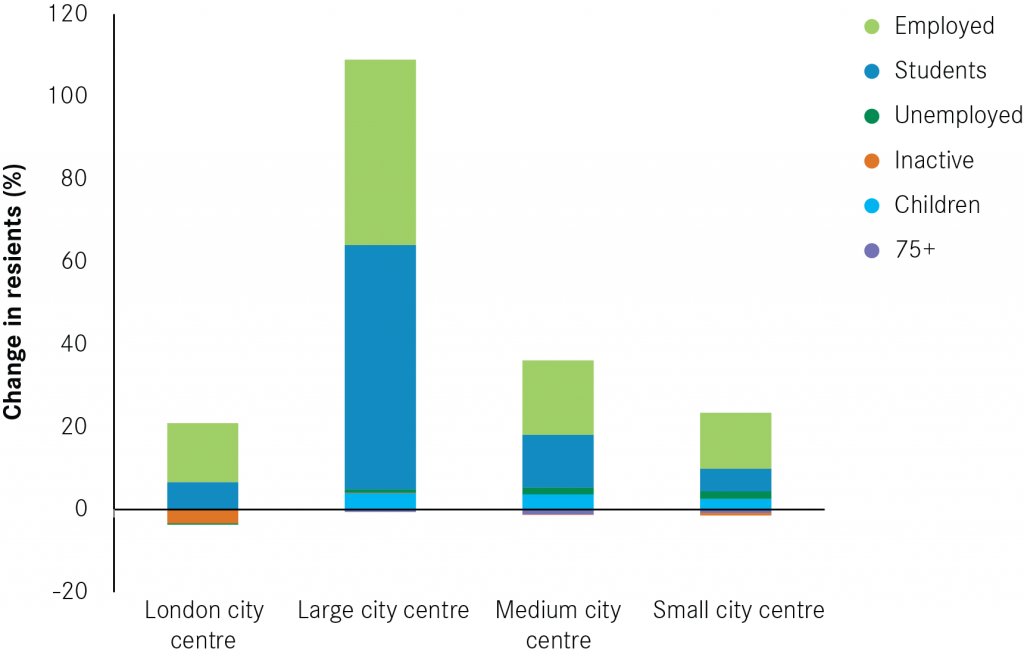 This trend among students is reflective of a wider boom in the number of people living in city centres living since the start of the century, a resurgence led by young professionals as well as students, with both groups seemingly attracted to city centre living by the same factor – the prospect of living close to work. For young professionals, that means living in walking distance to their job, and for students it means being close to their place of study. 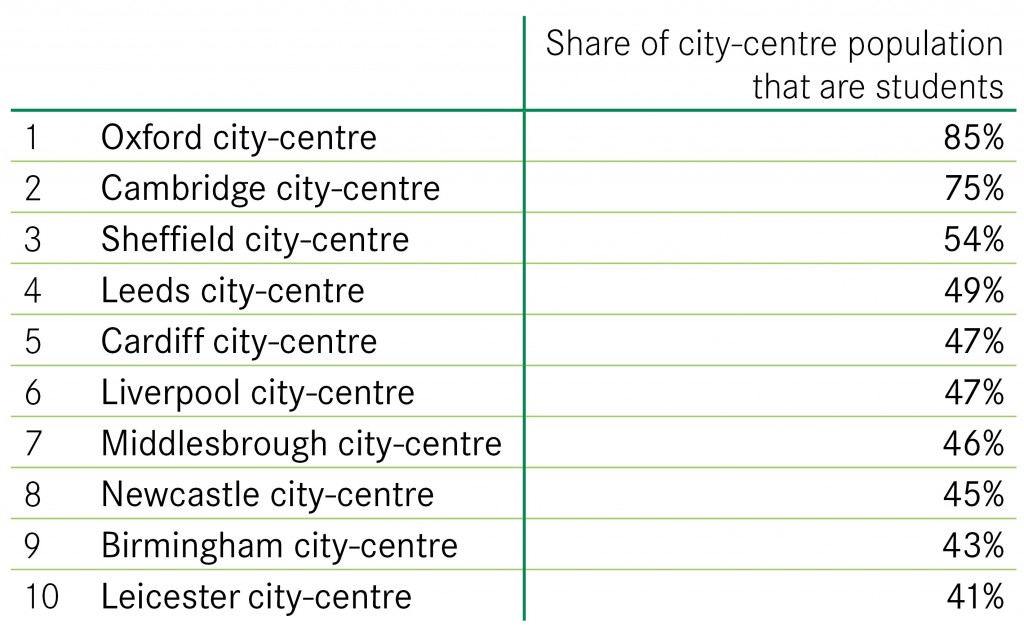 The increasing number of students living in these city centres clearly has important implications for these places, and should be a major consideration in any decisions about where to build housing, develop transport links and base public services. Cities also need to think about how they can sustain and support the growth in city centre living, and make the most of the economic opportunities it presents – such as increased footfall on the high street, and greater demand for restaurants, cultural and leisure facilities, pubs and cafes.

We will be exploring these issues in more detail in the second installment of the Urban Demographics report, which will be published early in November.