Much of the commentary about spending during the pandemic has been about how much people have been forced to save by not being able to spend on things such as haircuts or cups of coffee out. But credit and debit card spending data shows that some of this money was instead spent on other things, and this poses a question of how people’s behaviour will be altered in the future as restrictions are lifted.

Figure 1: Spend in restaurants has plummeted whilst spending on food delivery services continued to rise 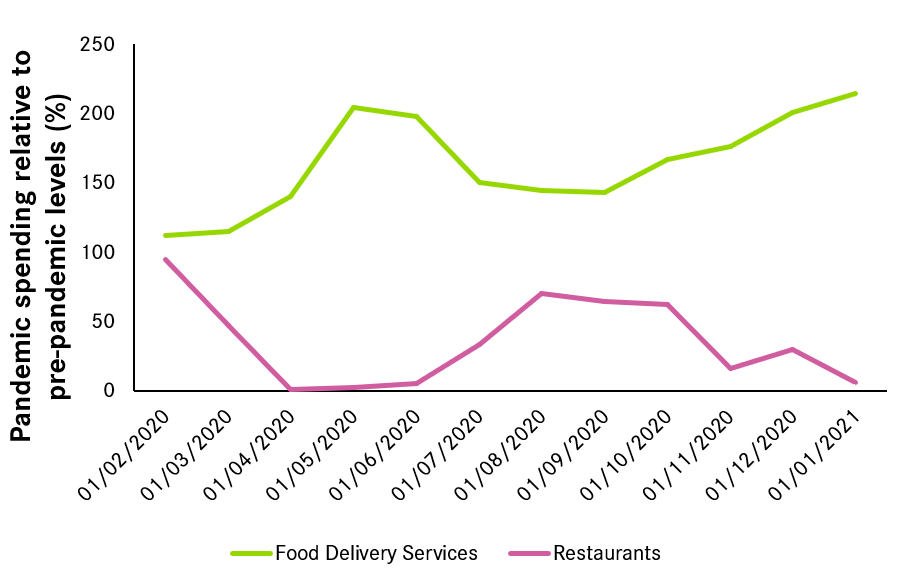 Even when restrictions were at their lightest during the summer reopening, the amount that people spent going into restaurants stayed more than 40 per cent lower than pre-pandemic levels, while spending on getting the restaurant to come to them stayed more than 50 per cent higher.

Of the 10 places that saw the greatest increases in spending on food delivery services throughout the pandemic, seven were in the Greater South East. This includes Basildon and Worthing where spending was more than double pre-pandemic levels, and Milton Keynes where it was almost triple. This is shown in Figure 2.

At the other end of the spectrum, cities and large towns outside the Greater South East were the least likely to take advantage of home deliveries, with Middlesbrough and Derby both only seeing spending increase to around a quarter higher than it was before the pandemic. In Stoke, spending fell. 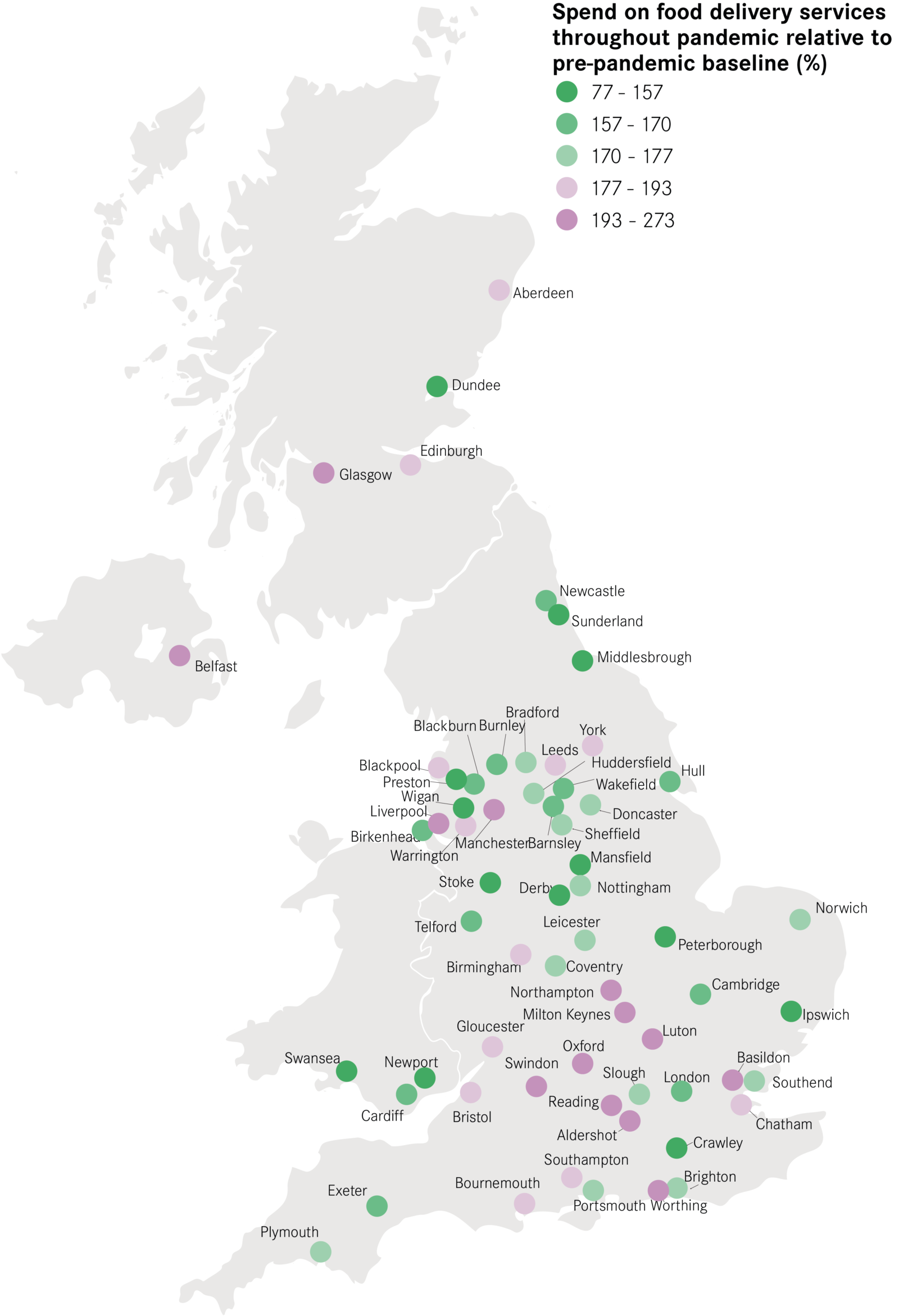 Another area that has seen a rapid shift in behaviour is on transport. Spending on both private and public transport dropped off sharply as stay-at-home orders came into place, falling in April to 30 and 8 per cent of pre-pandemic levels respectively. However, spending on private transport rebounded much quicker than public transport, which even at its peak reached only around half the level prior to the pandemic, as shown in Figure 3. 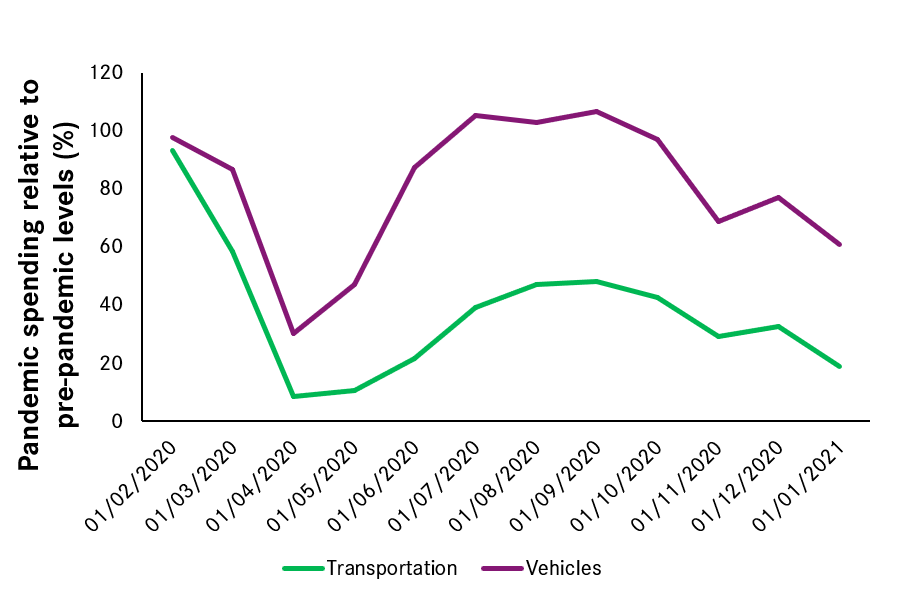 Cities and large towns in the North and Midlands have seen spending on public transport fall the least throughout the pandemic. Hull, Liverpool and Derby all saw spending on public transport fall to just less than half pre-pandemic levels. That was while other cities and large towns in the Greater South East saw spending fall by much more, with Reading, Cambridge and Peterborough all seeing falls to around a fifth of previous levels. This largely reflects the nature of jobs in these places, with more people in the South able to work from home. Spending on private transport has fallen to a lesser extent across the country.

As the economy opens up, behaviour changes such as these may have knock on effects for people and businesses

The spend patterns shown here and in a recent Centre for Cities report show that in some places, behaviours for some people have changed a lot because they could – with working from home and furlough for example – but for many others who had to continue going into work, life has changed much less.

Changing behaviours for some may cause wider changes if they persist as restrictions lift. For example, the shift towards spending more on food delivery services might change the demand for space in cities, with less emphasis on the high street and more towards larger delivery centres in the suburbs.

A permanent move away from public transport in favour of a greater reliance on cars will also have large knock-on effects, especially given that many people are currently still working from home. A continuation of these trends will push pollution, that has already rebounded higher than pre-pandemic levels in many cities, and congestion even higher.