Birmingham has been more proactive than most other UK cities in its introduction of a Clean Air Zone (CAZ). Covering the entire city centre within the ring road, it’s in force 24/7 and applies to private cars as well as commercial vehicles, such as buses, taxis, and lorries.

This month marks the scheme’s first birthday. Centre for Cities has previously published a blog post about the impact of the first six months of the CAZ on Birmingham’s city centre economy relative to that of Manchester, a city of similar size that did not introduce a CAZ.

No immediate economic impact was observed in the first few weeks after its introduction, and while Birmingham’s recovery did slow down relative to Manchester’s between August and October 2021, it regained ground later in the autumn. How has the scheme fared now that a full year has elapsed?

Is there any evidence to say that the CAZ has or has not worked?

Before discussing the results, it is important to remember that they are suggestive. The data do not allow for a more robust examination of the economic impact of the CAZ, and any changes observed cannot be attributed solely to the CAZ. The introduction of the CAZ took place amid other large-scale changes in the economy, such as the removal and reintroduction of Covid-related restrictions, which could also have influenced the economic recovery.

The data suggest that there may have been an improvement in environmental quality since the introduction of the CAZ. An interim report by Birmingham City Council showed a 13 per cent reduction in NO2 (nitrogen dioxide) levels in the first seven months of the CAZ (until 31 December 2021) compared to the same months in 2019 — that is, before Covid. A decrease in NO2 levels is good news but could also be due to reduced levels of commuting and economic activity after the start of the pandemic.

How has the CAZ affected spending and footfall in Birmingham’s city centre?

Data on footfall and consumer spending are available only until late April 2022 but these figures show that Birmingham’s CAZ does not seem to have had a strong adverse impact on its city centre economy compared to that of Manchester’s. Similar results are obtained when comparing Birmingham to other large cities in England

In April and May 2021, during the eight weeks prior to the introduction of the CAZ, Centre of Cities data showed that consumer spending in Birmingham was, on average, at 71 per cent of its pre-pandemic levels while it was at 80 per cent in Manchester. In other words, the recovery, was 11 per cent (or nine percentage points) slower in Birmingham than it was in Manchester (Figure 1).

During the five weeks between the introduction of CAZ charges and “Freedom Day” (the lifting of a variety of social distancing and mask regulations in the UK on July 19 2021), consumer spending in Birmingham was, on average, at 76 per cent of its baseline levels, while it was at 85 per cent of its baseline levels in Manchester. The recovery in Birmingham was still 11 per cent (or nine percentage points) slower than it was in Manchester — no change was observed after the introduction of the CAZ in Birmingham.

Our previous blog post noted that Birmingham’s CAZ had had no discernible impact on the city’s economy during its first six months, and the following five months does not appear to have changed this picture. We can only speculate as to why the economic impacts are not larger than what has been observed. Perhaps shoppers replaced private vehicles with public transportation for their journeys into the city centre.

Another hypothesis is that the CAZ only affects a relatively small number of vehicles, and that these vehicles do not have a large impact on the city centre’s economy. Not all vehicles pay a daily charge in order to enter the CAZ. Notably, most petrol vehicles built in or after 2006, and most diesel vehicles built in or after 2015, are considered to be clean enough and are exempt from the CAZ. A 2021 report stated that the average car on UK roads was manufactured in 2011, so many personal vehicles are likely to be unaffected by Birmingham’s CAZ.

Thus, charging the oldest and most polluting vehicles could be one way to maximise the impact on air pollution while minimising the impact on business. This may encourage — or at the very least, not deter — other cities in the UK to experiment with their own CAZs. Currently, only Bath, Birmingham, and Portsmouth have CAZs. Bradford and Bristol have postponed their CAZs until later this year, Sheffield’s CAZ is to start in 2023, and Manchester’s CAZ is currently under review. 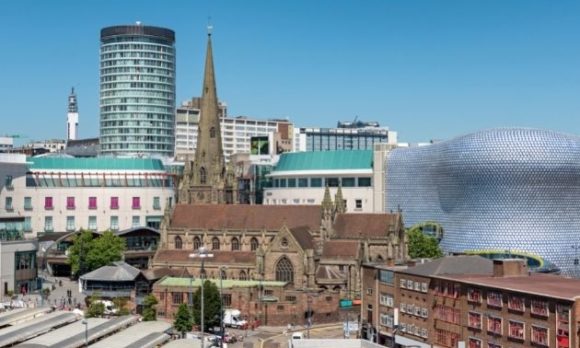