From January next year, new immigrants looking to come to the UK will have to pick up points to qualify for admission. Points can be obtained by meeting a certain number of essential criteria, including having a job offer and speaking English to a certain degree of proficiency alongside a menu of other optional requirements.

The new system means tougher restrictions for EU migrants, but also more flexibility for high-skilled workers from elsewhere in the world. The salary requirement for a non-skilled worker has been dropped from £30,000 to £25,600, and the minimum educational requirements to qualify as a skilled migrant have also been reduced from graduate-level to A-level qualifications.

As was widely discussed back in February, these changes create a number of winners and losers among businesses. But how will they affect different places?

Cities in the Greater South East are expected to gain the most from the more generous rules for high-skilled migrants.

Analysis from the Financial Times back in February revealed that the industries likely to gain the most from the new system are those which currently have high proportions of migrants from outside the UK or EU with A-level or higher qualifications, or earn more than £25,600 as prospective migrants. These include computer programming, consultancy and financial services for example.

These industries are particularly concentrated in cities in the Greater South East: with 20 per cent of its jobs in these industries, Reading will be best placed to gain, together with Edinburgh, Aldershot, Cambridge and London. 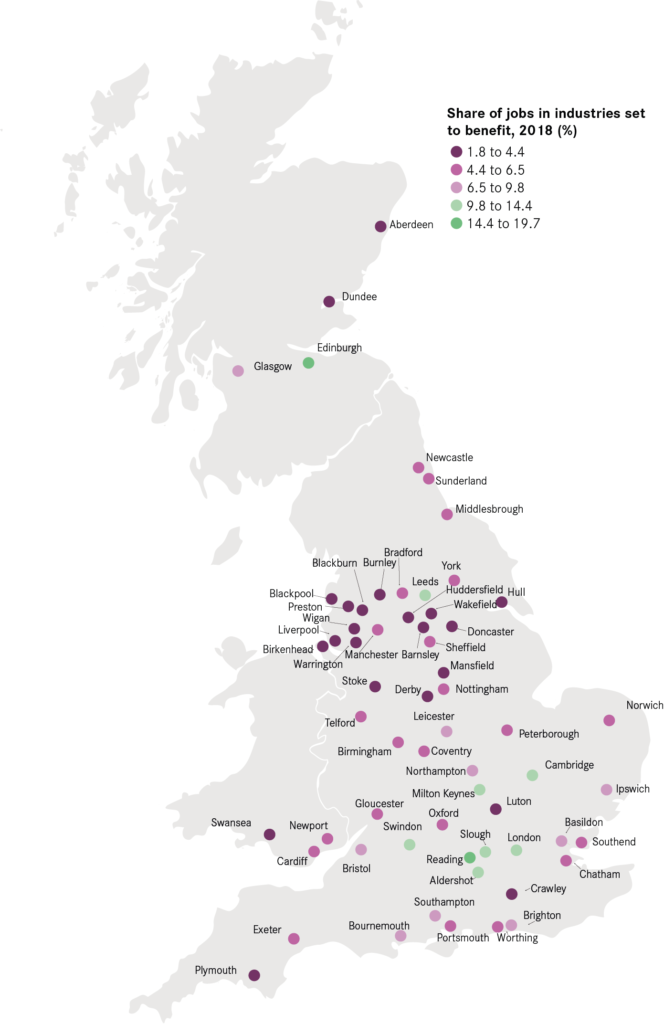 Sectors in which a high proportion of people working in the industry are EU nationals and either do not have an A-level or equivalent qualification or earn less than £25,600 are set to lose out the most from the changes. These include a number of manufacturing sectors, cleaning sectors and the hospitality industry.

These industries play a bigger role in cities in the North and Midlands (see Figure 2). One in five jobs in Wakefield is in a sector set to be negatively affected by the new immigration system. In Barnsley, it is 18 per cent, and in York 16 per cent of jobs are in sectors that will be negatively affected by the changes. In contrast, Oxford and Worthing are much less reliant on these sectors, which only account for 7 per cent of jobs in these cities. 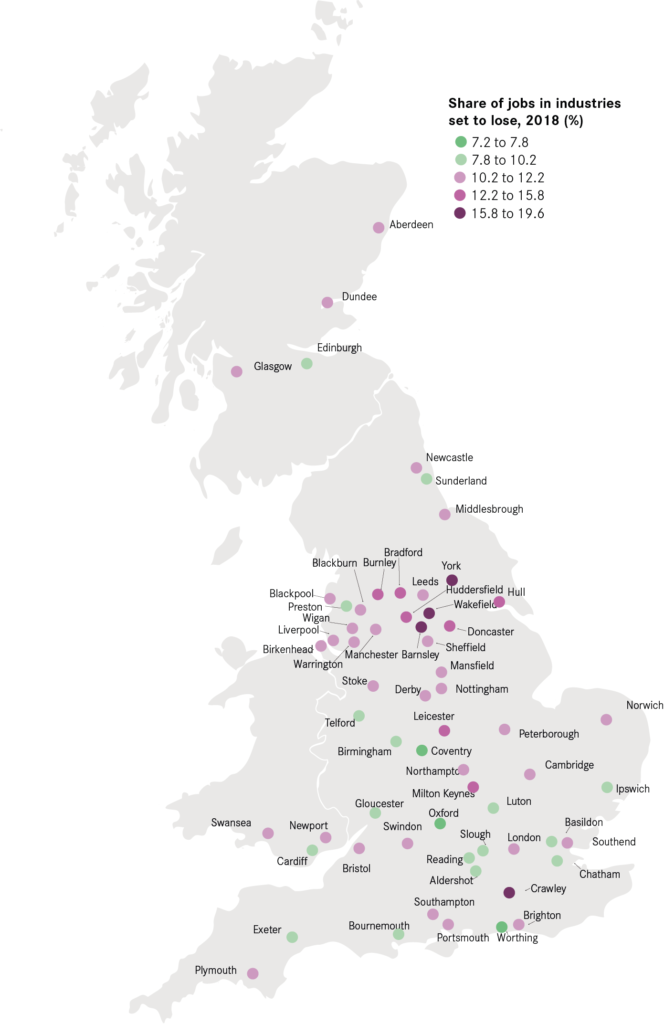 This suggests that, despite being less reliant on the sectors negatively affected by the new immigration rules, cities in the Greater South East might see the largest labour shortages.

But while this would be a reason for concern in normal times when the labour market is tight, at a time of high unemployment, these labour shortages might actually create job opportunities for people who lost their jobs due to Covid-19.

To maximise the potential of this opportunity, the Government must now focus on two things. Firstly, it must build on the commitment of extra funding for Job Centre Plus announced last week and ensure JPC are not only better financed but also linked up with the businesses with potential job shortages, working together to identify suitable profiles for filling these vacancies. Secondly, and perhaps more importantly, the Government must fund training and upskilling opportunities for unemployed people so that they are adequately supported to transition to these new jobs. 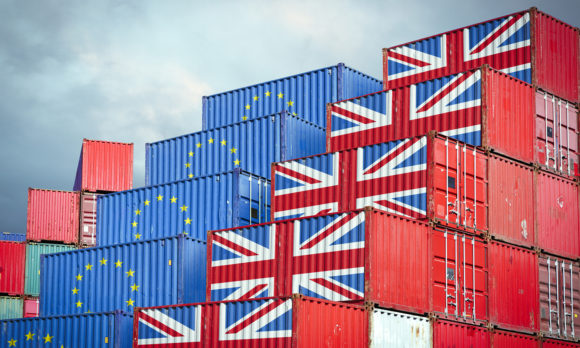