‘Levelling up’ has been top of the Government’s agenda since the election. But while there is widespread consensus around its importance, there are still outstanding questions around measuring the gap and what policymakers can do about it.

One way to look at the ‘levelling-up’ agenda is to try to understand how business and employment opportunities vary across the country and why. Measures like GDP per worker give a pretty good indication of how a place is doing, but don’t give much information beyond the headline level. Looking at a combination of multiple factors that determines the type of opportunities different places are able to offer to businesses and to the people living in and around them can give more detail. That is why we have used the wealth of indicators we published in Cities Outlook 2020 last month to look at how these opportunities vary across the country – creating two new indexes on business environment and employment opportunities.

What is immediately evident from the indexes is that there is a clear North/South divide, with cities in the Greater South East of England dominating the ranking both for business and employment opportunities. However, beyond this headline, there are at least three other main take-aways it is worth reflecting on when thinking about what ‘levelling up’ means and how to do it. 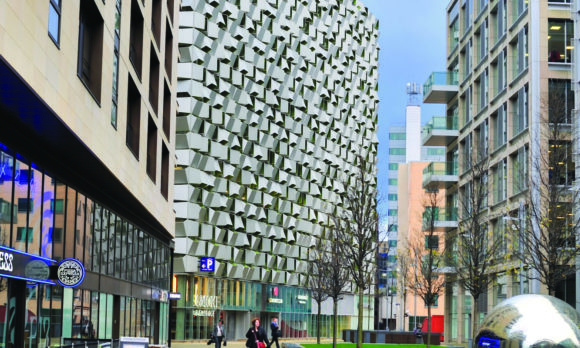 Firstly, these indexes show that many of the UK largest cities are underperforming. In line with our previous research and unlike in other countries, there appears to be a weak link between the size of a city economy and the number of opportunities it offers. With the exception of London, none of the 10 largest cities in the UK make it to the top 10 of either index. Manchester – the best performing large city in terms of business environment is in 16th position. Bristol comes in at 11th for employment opportunities, but the next best placed large city is Leeds at 30th. 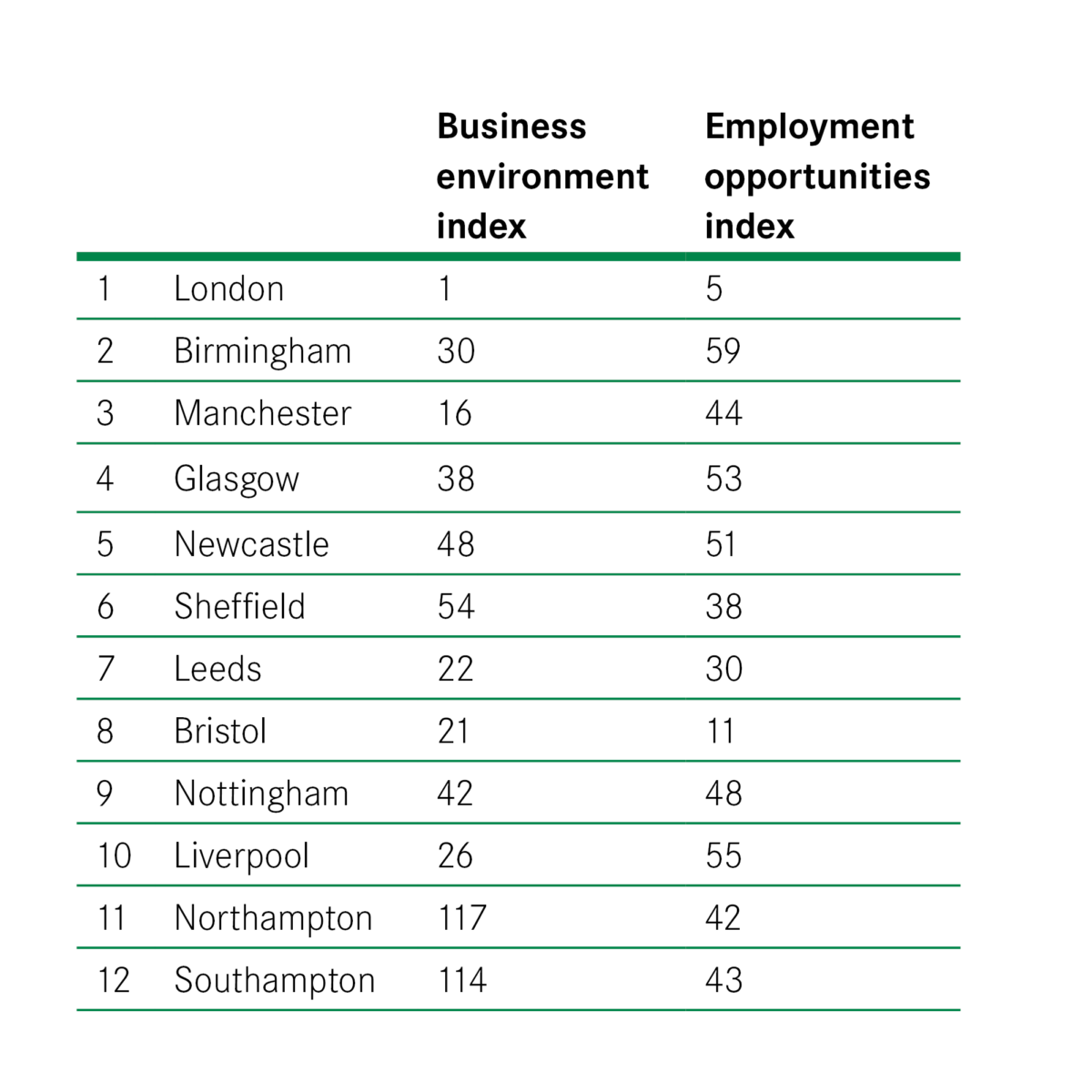 *Belfast was excluded from the business environment index as data for one indicator was missing for them.

Combine this with the fact that all of these large underperforming cities happen to be in the North and Midlands and you have identified one key policy area to focus on to reduce the economic divide. As research we published last week highlighted, if these cities were to close their output gap, outline calculations suggest the UK economy would be £47 billion larger in total, increasing prosperity for the many millions of people who live in and around them.

Secondly, what the data also reveals is that a number of medium-sized Northern and Midlands cities perform well. Reasonably-sized places like Northampton, Warrington, Derby, Preston and Coventry all perform above the city average in at least one of the two indexes.

Supporting these places to continue to grow could be a quick win in the ‘levelling-up’ agenda. Thanks to their size and the infrastructure they already have in place – both physical and in terms of talent – the scale of interventions these places require to be on par with more successful southern cities is lighter and is likely to bring results in the relatively short term, with positive effects for surrounding areas too.

Lastly, this research reminds us once again that different places are at very different stages of economic growth, and we should be realistic about the type and scale of interventions they need, and the timeframe required. Places like Bradford, Mansfield and Barnsley lag further behind even compared to their Northern and Midlands peers and face multiple, interrelated challenges.

Levelling these places up means reversing economic problems that have been decades in the making and calls for a large, long-term commitment that must start with investment in skills and must not stop until all the elements that make a city successful – in terms of business activity, talent, infrastructure and office space – are in place.