With the last Spending Review bringing a new funding settlement for local government, in which places will be expected to generate more of their own funding, there has been increasing focus on how councils can use their assets to raise more revenue and income. Surprisingly, however, only a few places are making effective use of data to take a more strategic approach to managing their assets.

A new interactive data tool launched recently by the London Land Commission (established in February 2015 as part of the Mayor’s Long Term Economic Plan) offers an innovative example of how smart use of data can help places to make the most of their assets. The tool maps all publicly owned land and property assets across London, part of its efforts to identify land for housing, schools and infrastructure. For example, the map below shows sites and buildings owned by Transport for London in Southwark. 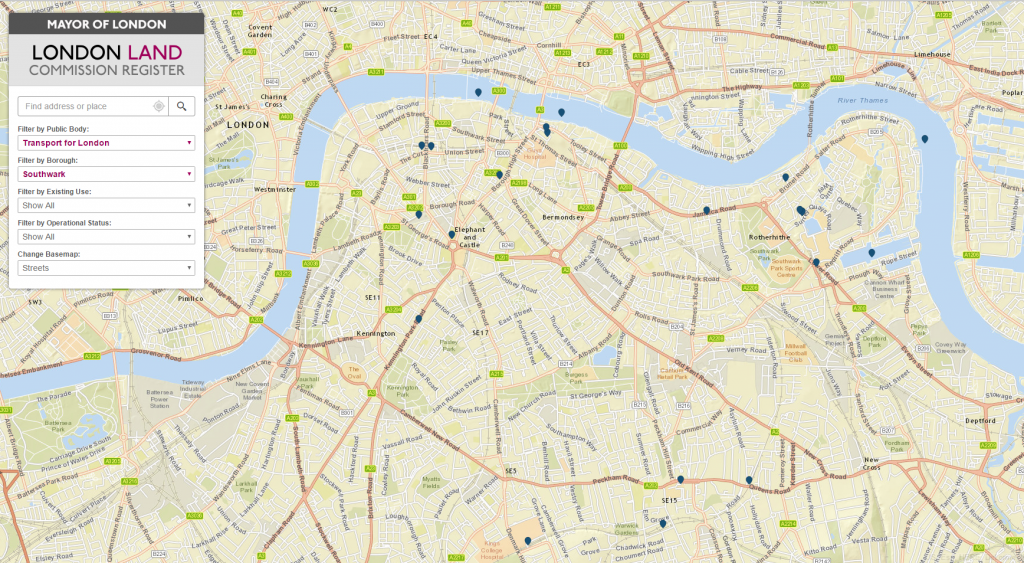 What makes the tool stand out from other local government mapping software is that it brings together information on public assets from across the full range of public sector bodies, including local authority and NHS owned property, as well as Government departments – even the usually more opaque Ministry of Defence.

Having this type of information together in one place is a big step towards enabling London Boroughs and the GLA to maximising the value of public assets. As we explored in our report Making the most of public sector assets, London is one of a number of cities, including Bristol and Greater Manchester, that are leading the way in terms of getting to grips with the data across their locality, and using mapping to enable a more strategic approach to using public sector assets.

Cambridgeshire County Council was also a front-runner in this game. Their online tool, developed as part of the One Public Estate Programme, offers information on county, district and NHS land and property assets but doesn’t include details on land owned by agencies such as the Department for Work and Pensions, Department for Transport or Network Rail. 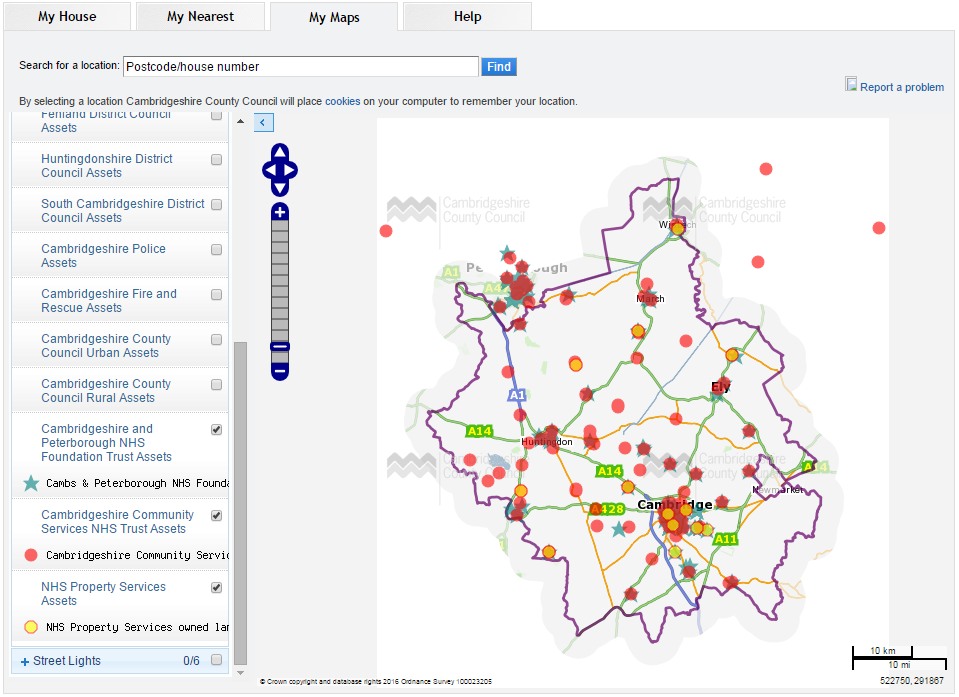 Meanwhile e-Pims data, the Government’s land and property asset database, provides data assets owned by government departments (and their sponsored bodies which fall under the responsibility of English Ministers), as well as by NHS Trusts and Welsh Government Government – but only information which has voluntarily been disclosed by those organisations. The map below shows the sites that are surplus to requirements and have been made available on the Register of Surplus Public Sector Land across the country – of which about 40 per cent are in UK cities.

Generally, however, the data remains difficult to use and does not cover all public sector bodies in a systematic way. This restricts the ability of local leaders to take a strategic approach to managing assets (at all levels of government) and to optimising the value of the combined public estate in one place.

Although by no means the only factor, good data and the ability to use it is vital in supporting a more strategic approach to asset management. It enables the conversations, relationships and concrete plans to make best use of land and property assets in any one location, regardless of its ownership. This means ensuring not only that more data is available on all publicly owned sector assets, including departments and agencies such as Network Rail, but also that it is integrated with local level information and used to inform asset management decisions. In a time of reduced central government funding for councils, making the most of data to get the best value from assets will be increasingly important for places across the country.