Crossrail – or the Elizabeth Line to give it its formal name – opened to much fanfare on May 24th.  In addition to the general excitement and the engineering-related plaudits there have also been concerns about its future. The long-term impacts of Covid lockdowns on commuting and the changing patterns of urban travel in general have created a fair amount of discussion about whether Crossrail will turn out to be a white elephant and the last of its kind.  This FT article published just before it opened is a good example.

This view misses the point of urban transport projects and we need to avoid it taking hold. To do this we should expand the discussion beyond a focus on how to get new homeworkers, who used to commute via public transport, to come back to the office, to one that concentrates on getting those that are still commuting to work (and those that will do so in the future) to use non-car modes of travel.

First, in all UK cities and large towns except five, more than 50 per cent of commutes in 2011 were undertaken by car.  In some cities, like Swansea and Stoke, it was as high as 75 per cent and even in London more than one in three commutes were by car.  This provides a very large base of commuters that could be encouraged out of their private vehicles and onto public transport with the appropriate mix of financial incentives and service improvements.  Even moderate success in achieving this modal shift would probably more than make up for the commuters lost to homeworking.

Second, all cities over the last 10 years have seen their populations grow – some by a lot (Coventry grew by 22 per cent, Exeter by 15 per cent, London by 11 per cent).  Cities tend to grow by attracting younger people – often in their late teens to go to university and in their twenties for work and fun – and people of this age are less likely to own a car and more likely to use public transport. On the assumption that most cities will continue to grow over the next 10 years this should provide a steady stream of potential new passengers for public transport systems which again should help address any former commuters who continue to work from home.

The third thing to say is that the impact and stickiness of the pandemic on commuting is varied across the country.  In terms of weekday footfall in their centres, most small and mid-sized cities and towns have already made a full recovery, and most of the core cities have recovered to around 90 per cent of their pre-pandemic levels.  The stand out is London, which has only recovered around 60 per cent of its weekday footfall (perhaps explaining why there are concerns about Crossrail and Crossrail 2).  As an aside, all cities have recovered their weekend and weeknight footfall, which should remind us that cities are places of consumption and fun as well as work – most journeys are made for reasons other than commuting to work.

The current discussion around the impact of Covid on travel patterns is an example of overestimating the long-term effects of an event based on short-term reactions.  My worry is that if policymakers start to accept the belief that working from home will be permanently much higher than it was before the pandemic (a London-centric view) – and that this will be an unalloyed good thing (a contestable view) – it could mean we won’t invest in improving urban transport systems across the country, particularly in our big cities including London.

This would be a terrible error and would seriously hamper the ability of our cities to play a much bigger role in the country – driving productivity growth, improving air quality, reducing climate emissions, and raising living standards – during a period when they will be needed more than ever. 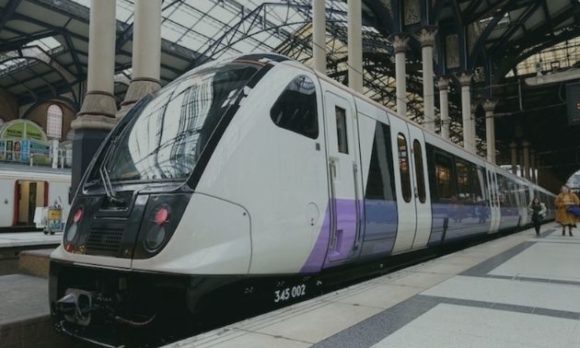