Differences in productivity across the country aren’t as stark as they may seem. And agglomeration – the process that clusters businesses into dense cities – has no uplift in productivity. Or that’s what a new paper claims. But is it all that it seems?

The paper, by Christina Beatty and Steve Fothergill at the Sheffield Hallam University, and covered in the Guardian on Monday, makes several adjustments to measures of productivity to claim that there is little or no benefit to businesses locating in cities. It concludes that policy can have its cake and eat it – it should aim to spread jobs across the country, with no reduction in the productivity of these jobs. But there are a number of issues with the methodology used.

The first is that it drops a misleading psychological anchor to make the subsequent falls in productivity of London in particular, which is does through a series of adjustments, look more dramatic than what they are. It starts with GVA per head rather than job, which is artificially high for cities because so many people commute into them. If the paper had instead started with GVA per job, the subsequent reductions would look far less stark.

But this is nothing compared to the second issue, which has more fundamental consequences for the analysis. To make up for differences in the varying productivity of the same sector across the country, it adjusts the productivity of a sector in an area to the national average. It also makes a similar adjustment to occupations.

In other words it takes away the high productivity jobs of London and replaces them with the national average. It then uses the results to claim that London isn’t very much more productive than the rest of the country, and that agglomeration is an irrelevance.

The irony here though is that the reasons why higher skilled activities locate in London in particular – and the productivity of finance, for example, is much higher in the capital than in Cumbria – are because of agglomeration. The capital offers a number of benefits to businesses – namely access to lots of skilled workers and access to other high skilled businesses – which affects the attractiveness of it to business investment. The result is that we see a splitting of activities across the country, with more productive activities going to cities in the Greater South East and less productive activities locating elsewhere.

And we don’t just see this between sectors or within sectors. We see it within individual firms. Take Barclays for example. It puts its investment banking activities in Canary Wharf, where it can more easily get access to the workers it needs and access to a network of similar businesses. And it pays a premium for this access through the office rents it pays. But it puts its back office functions in Liverpool and Sunderland, where land and workers are cheaper.

Where the paper is on the money is that many of our big cities lag behind the national average, despite the supposed effects of agglomeration. This is well documented, with the UK being an outlier compared to other developed countries in terms of the performance of its big cities.

This is a huge problem for the national economy, with some of its biggest engines punching well below their weight. Instead of it being proof that agglomeration doesn’t work, instead it raises questions about why it doesn’t appear to be working in the UK. And for any policymaker that wants to improve the prosperity available to people up and down the country, tackle the North-South divide or tackle the nation’s productivity problem, this question should keep them awake at night.

The big differences in productivity we see across the country result from the relative benefits that places offer to businesses. What is clear from the data is that while London offers the benefits that high-skilled businesses are looking for, many of our other big cities don’t. When national government turns its attention to domestic policy once again in the future, this should be top of its list to tackle.

The role of place in the UK’s productivity problem 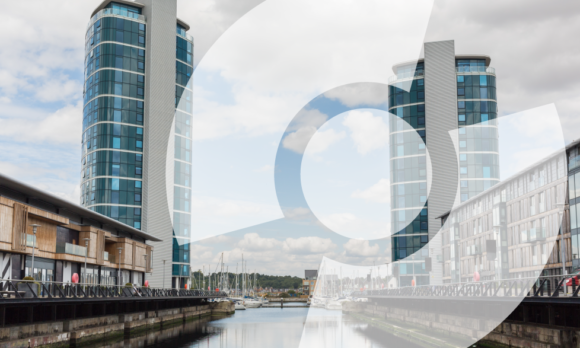