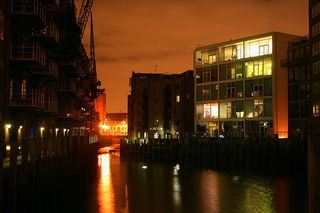 London is a growing city with a population likely to reach 8.57 million by 2026, a level not seen since the eve of the Second World War.  Everyone agrees that to maintain its status as the motor of the UK economy and a global centre, the capital needs to accommodate ever-increasing demands on housing, transport and services.  To do so, it must deliver more housing, offices and shops.

And that’s where the consensus ends.  Everyone expects major development to happen between now and 2022, but while developers prefer the established markets of the centre and the west, the GLA expects the greatest change to happen where the most land is available, in the east.  With policy and the market pulling in opposite directions, which parts of London will really see significant change over the next ten years?  What should and could local government do to attract development, and where should the private sector take risks?

Centre for Cities, working with GVA, has researched development potential in London between now and 2022.  Evolving London: The Future Shape of the Capital looks at prospects for office, retail and residential, and creates a new index to compare boroughs.  The report aims to reconcile the complex influences of past, present and future market trends, long-term policy ambitions, short-term policy direction and major public investments like Crossrail.

The report also looks at six places that could see change if barriers to growth can be overcome:

– Deptford Creek, the Royal Docks and White City: places that have already seen some change, and have the potential to attract development on a larger scale

– Park Royal and Old Oak Common: where HS2 could act as a catalyst for significant change

Evolving London fills the gap between the 20-year view of the Mayor’s London Plan and the short-term horizons of everyday debate.  It highlights the need for the public and private sectors to develop shared objectives to deliver on the scale needed if London is to continue to be an economic powerhouse.

Predicting the future is never an exact science, but fulfilling London’s economic potential requires perspective.  Evolving London combines policy and market insight to show which boroughs could see major change, and what they need to do to make it happen.  Our research aims to help the public sector think about what’s needed to create the conditions for development.