But for too many young people the transition from school to work is not a smooth one. The youth unemployment rate (16-24) currently stands at 16.9 per cent and more than a quarter of these young people have been unemployed for more than a year. And the problem is far more acute in some parts of the country. 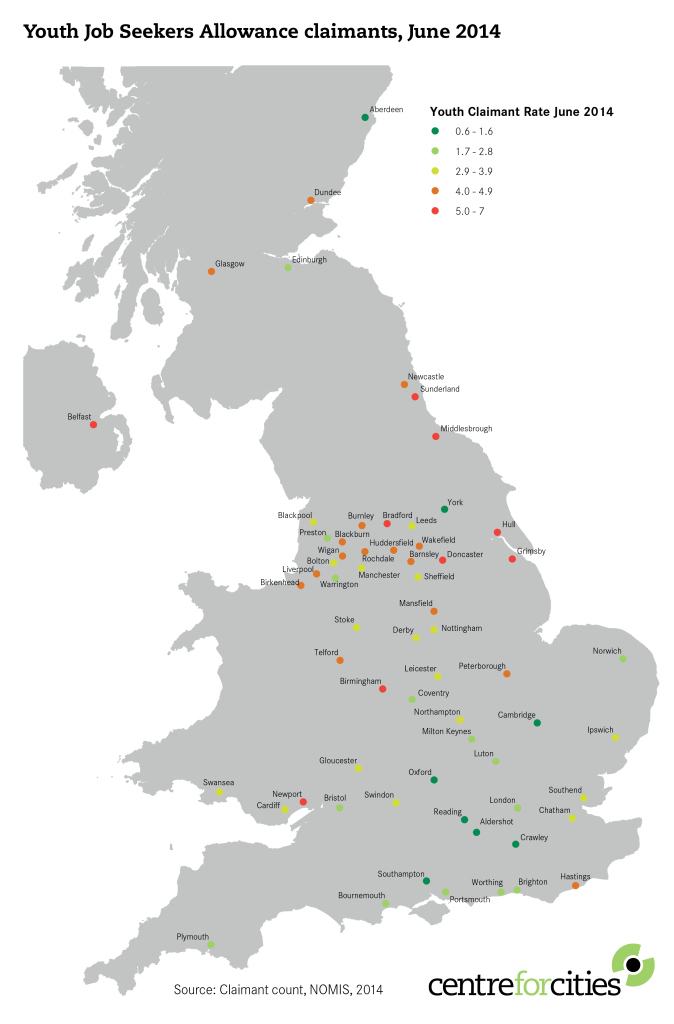 The recession has seen youth unemployment rise to record levels. At its height in 2011, the youth unemployment rate stood 16 percentage points above the rate for 25 to 64 year olds and it is still significantly higher than it was pre-recession. Young people are also more likely to be underemployed if they’re in work; in 2013, 47 per cent of graduates were working in jobs that do not require a degree, up from 37 per cent in 2001.

This is a problem unlikely to be solved by the recovery alone. Youth unemployment has been rising since the early 2000s and labour market experts have tracked the worsening of youth employment outcomes back to the 1970s. It’s likely to have an impact on young people’s future employment prospects too. A recent study estimates that a young person that spends 2 years unemployed is likely to earn 11-16 per cent less than they otherwise would have when they are 30/34 years old.

So what needs to change? Our latest report, Cities and the Youth Unemployment Challenge, looks at what cities around the world are doing to improve young people’s employment prospects. It begins by highlighting the need to start early, highlighting the example of how schools in New York and London have worked to turn things around for some of their most disadvantaged pupils. It looks at how German and Dutch cities have worked with local employers to align education and training systems, address recruitment difficulties and provide rewarding work-based training opportunities for young people.  It also highlights how partners in Antwerp and Vancouver have improved the employment outcomes of some of their most disengaged young people through targeted intervention and continuous support. And it highlights some of the innovative ways UK cities are trying to improve systems through more effective joint working.

Young people often face multiple barriers to employment, from lack of experience or a mismatch of skills to low awareness of the support available to move young people into or keep them in education and employment.  Many of these barriers vary by city: in some city there are more jobs available; in others there are far fewer, or there may be more opportunities for those with certain types of skills.

The overarching system of governance in many of the countries we looked at means that actors in those places have far more flexibility to respond to the challenges young people living in their city face. 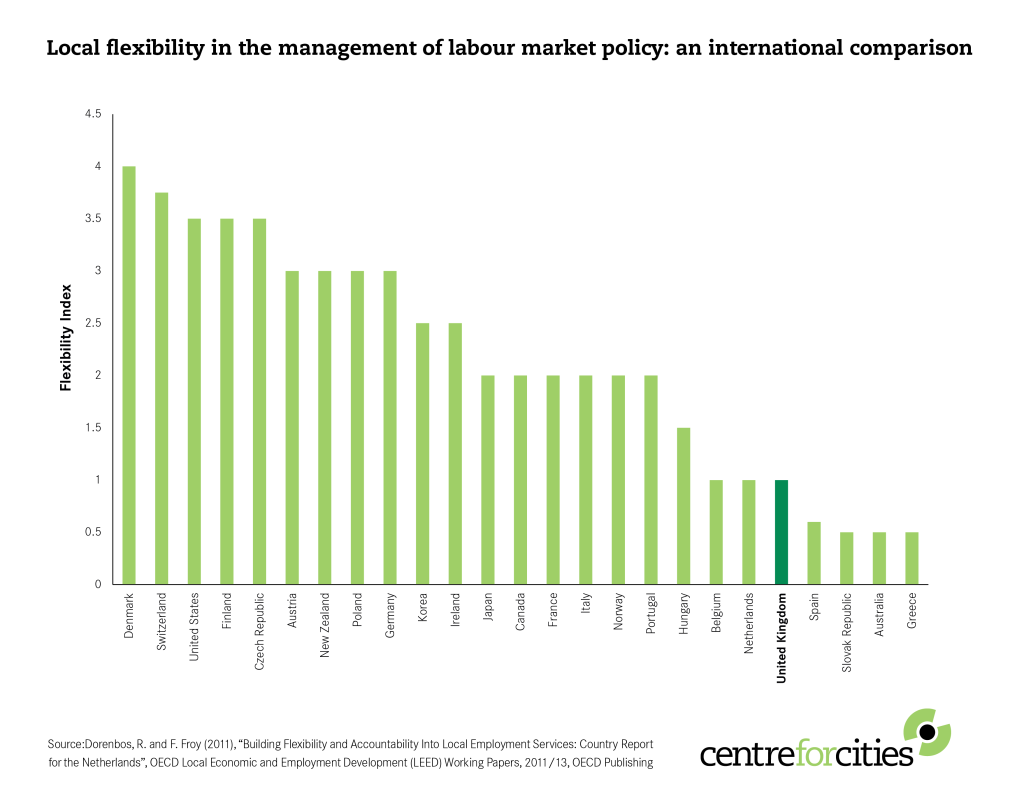 It’s true that measures to improve youth employment outcomes were a feature in many of the City and Local Growth Deals but the Government needs to go further. Cities need longer term certainty over funding and the flexibility to pool resources. They should also have commissioning powers for future youth employment programmes and the Work Programme post-2016. And cities have to meet their side of the bargain too and of course be held accountable.

Improving the employment prospects of young people across the country is a significant challenge with major implications for local and national economies. Maintaining the status quo, where places have neither the flexibility nor the certainty to respond to the challenges they face, risks failing thousands more young people in the years ahead. But by empowering cities to act, things can change for the better