Since the referendum result last year there has been a lot of discussion about Britain making itself open to the world, particularly from the Prime Minister, Boris Johnson and Liam Fox, and indeed was the reason given for the calling of the current election. It is of course right to be ambitious about looking to strike new trade deals. But this is easier said than done. And crucially, any one new trade deal will do little to support exporting from most cities up and down the country.

Cities Outlook 2017 looked at how much our cities export. It found that they account for 62 per cent of all of Britain’s  international trade. In terms of where it is sent, it showed that outside of the EU, the USA is the biggest trading partner for Britain’s cities. In total, 15 per cent of urban exports head across the Atlantic.

This varies across individual cities. If we were to secure a deal with President Trump, Hull would stand to benefit the most – currently almost half of its exports head to America.

But Hull is very much the exception. EU countries buy three times as many exports from British cities than the US does, with almost half of urban exports staying within the single market. The EU is the largest customer for 61 of 62 cities, and 37 cities send at least half of their exports to EU countries. Exeter tops this list with 70 per cent of its exports go to the EU.

The comparison is even more extreme when looking at other countries. The industrial strategy green paper identified six countries – Canada, China, India, Mexico, Singapore and South Korea – that have expressed an interest in doing a trade deal. But together, these countries, each of which would require a separate (and most likely lengthy) deal to be negotiated, account for 10 per cent of all urban exports – less than a quarter of the EU’s share. 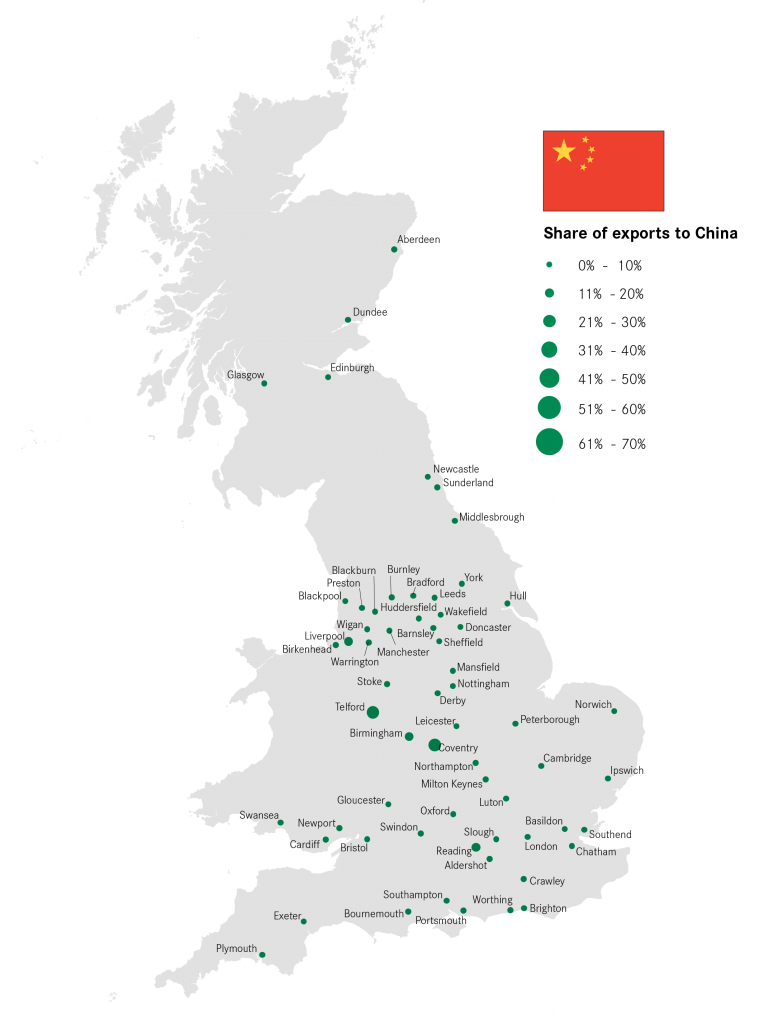 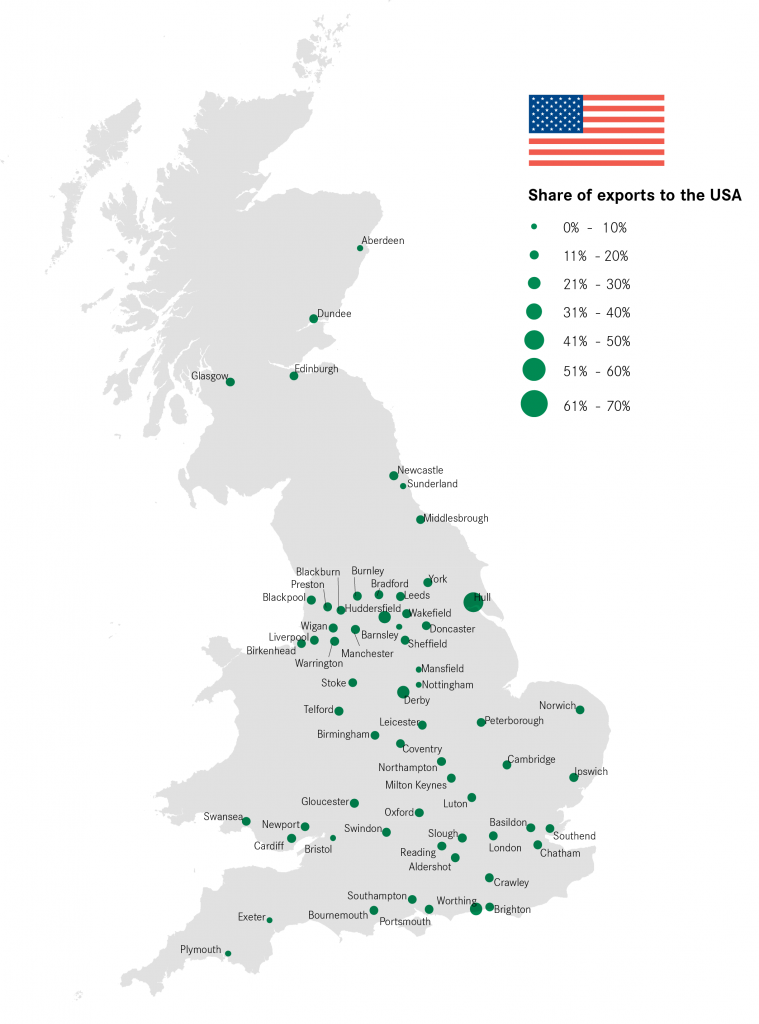 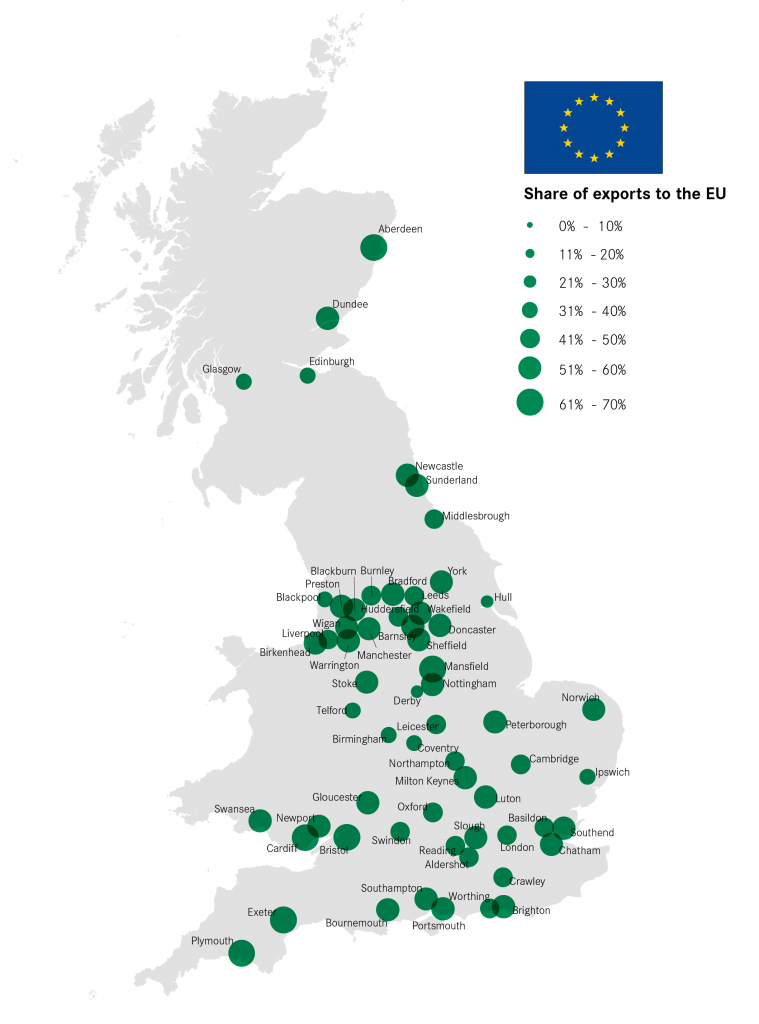 No party has set out in any detail what its negotiation goals will be. This is perhaps understandable – it’s difficult to negotiate with all your cards on the table. What this data shows though, is the importance of a good deal with the EU to cities the breadth of the country. And no deal is certainly not better than a bad deal.

UK exports are reliant on getting the best possible deal on trade with the EU. And this should be the priority for the next government, whatever form that will take.