The general election campaign has triggered a debate on how social care will be funded in the future. While much discussion has been on the cost to individuals’ assets in funding care, there is also a clear geography to where older people live, and the varied cost of care in different cities.

The older population is concentrated in particular places. As the map below shows, the proportion of residents aged 65+ varies across cities. Many seaside cities have a relatively high share of residents above 65 years old, such as Bournemouth (23 per cent), Blackpool (22.5 per cent) and Southend (21.3 per cent), as well as a number of cities in the north of the country. This is in contrast to a number of cities around London, such as Luton (12 per cent), Oxford (11.4 per cent) and Slough (9.5 per cent). 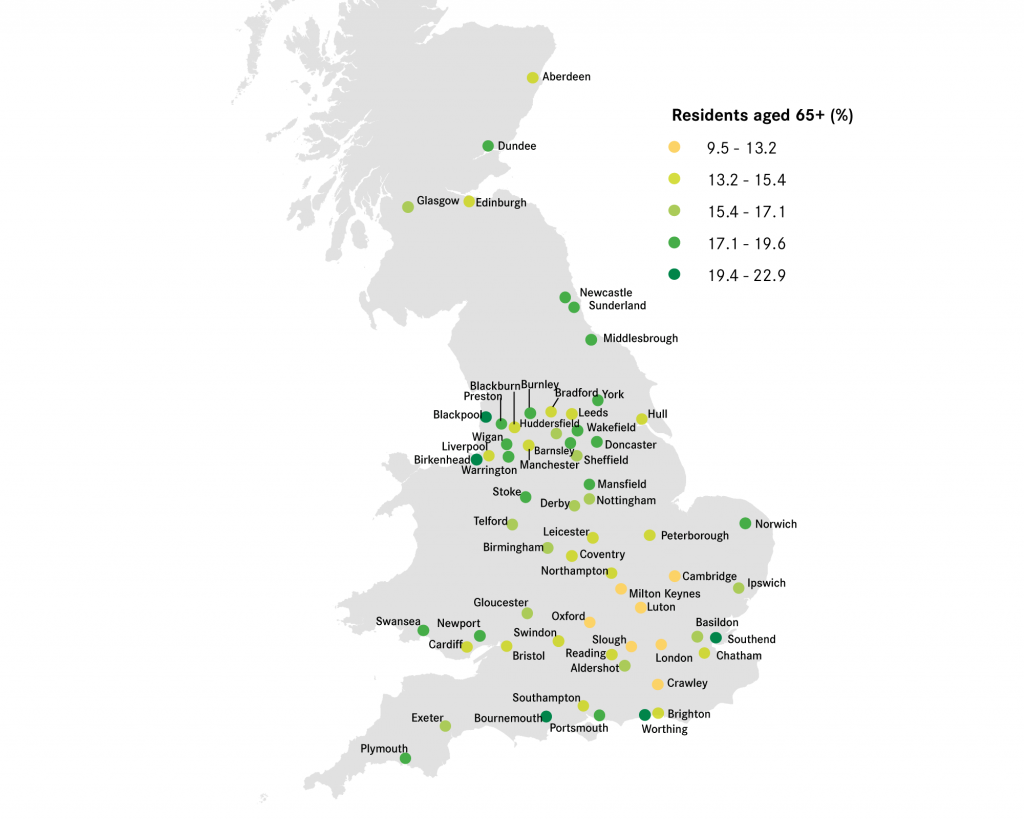 Over time, some cities have become increasingly attractive to older residents. The 65+ population has considerably increased in specific cities, such as Aldershot (+30 per cent in 10 years), Telford (+33 per cent) and Milton Keynes (+45 per cent). For those cities, changes in local demography will mean further spending in service provision and infrastructure.

Beyond demographic disparities, social care requirements are not the same across the country. On average in England, for each resident above 65 years old, a local authority spends around £570 on older age social care.* But this is considerably higher in cities, at £951 per older resident. Slough and Leeds spent the most on a per capita basis (£1,312 and £1,412 per older residents respectively), while Crawley and Wakefield spent the least (£599 and £549 respectively). This suggests that residents in some areas have higher social care needs, which adds another layer of disparity across the country. 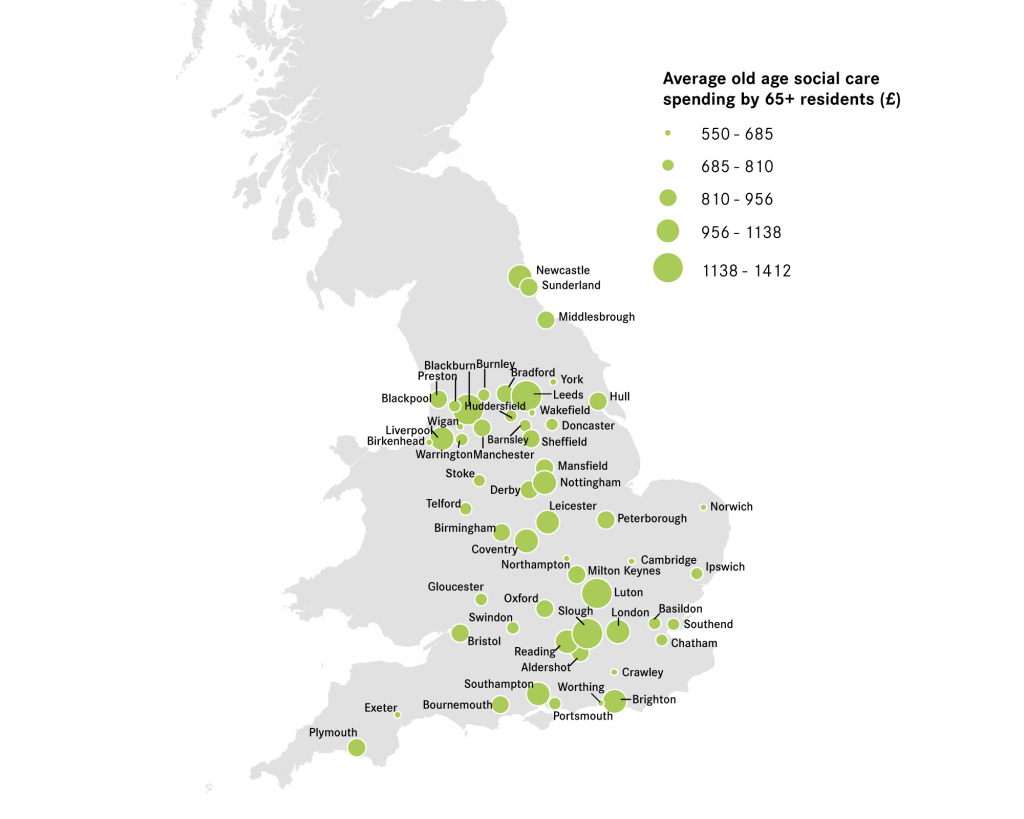 In sum, the national picture on social care hides local disparities, and these are reflected in local authority expenditure. Although social care is funded by a government grant, the fact that local authorities are in charge of social care provision means that they will be likely to face additional pressures to deliver these services in the coming years. This is especially true in places that are experiencing increases in their older residents.

While much of the debate has been on the debt burden of individuals in care, and the potential loss of assets, the variation in public expenditure, and an aging population in certain cities means that the crisis in social care funding is likely to have a bigger impact in some places more than others.

To get more control over social care expenditure and deliver services that better meet residents’ needs, some places, like Greater Manchester, have argued for the devolution of health and social care services. Devolution will not be the solution for smaller cities, so as well as exploring individuals’ social care funding, the next government will have to ensure individual local authorities have both the funding and flexibility to meet the needs of their aging population.