The debate on higher education has so far focused on scrapping tuition fees. This is not surprising, as university education has for long been perceived as the best route to employment and high-paid jobs. However, besides university education there is the whole world of apprenticeships and technical education, being promoted as a valid alternative to improve skills and widen routes into work, particularly in places where university attendance is low.

Within vocational education, apprenticeships play a key role and are mentioned in each party’s manifestos. Labour has promised to double the number of completed apprenticeships at Level 3 by 2022, whereas the Conservatives have pledged to keep their target of 3 million new apprenticeships by 2020. If re-elected, they have also committed to “drive up the quality of apprenticeships to ensure they deliver the skills employers need”, and provide higher and degree level apprenticeships in STEM subjects.

But what does it mean for cities? We have looked at the geographical distribution of apprenticeships across England and here is what we found. 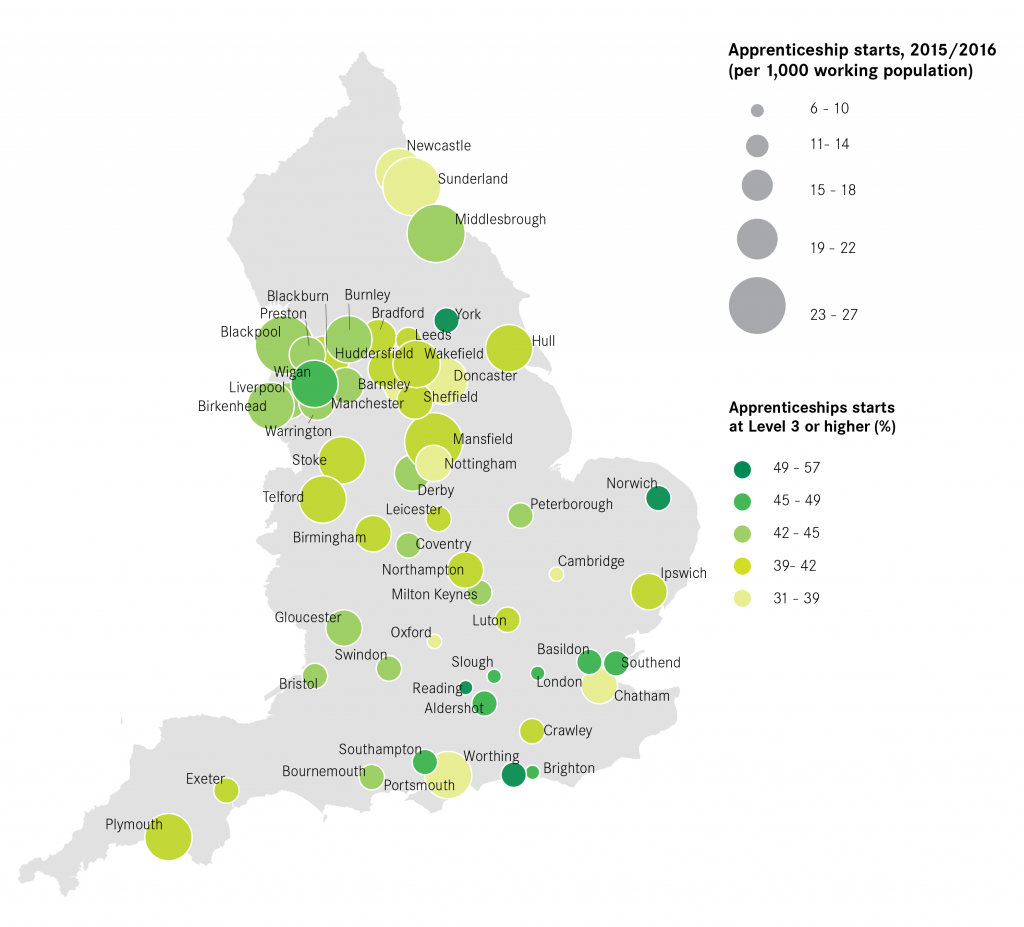 Given their popularity in the North, apprenticeships could be seen as a viable tool to improve skills and productivity there.  But if the proportion of individuals undertaking advanced and higher apprenticeships remains higher in the South – as it is for the percentage of young people going to university  then there is the risk that improving apprenticeships won’t make any difference where it is most needed.

Improving the quality and not only the quantity of apprenticeships will be imperative for whoever will be elected. As highlighted in our election briefing, improving skills, especially in struggling areas, is essential to support growth in the places with the weakest economies. And apprenticeships have proved successful in raising participants’ skills. In the last government, the focus has been on increasing the number of apprenticeships but the new government will have to ensure this target is not reached at the expenses of quality, and should focus on giving cities and local partners the means to promote and efficiently deliver high quality apprenticeships relevant to the skill needs employers demand.