Today, we get the first glimpseof how local government has fared in the first year of budget cuts announced in the Spending Review.

Sifting through heaps of spread-sheets and crunching the numbers provides three important insights:

These insights are important because they shed light into how local government—the provider of many of the services we use day-to-day, from education to transport to social care—are responding to the dual challenges of deficit reduction and meeting public need.

First, we can see that Government grants to local government have fallen. The largest drops were in education[1] and local government grants (£4.4 billion and £1.5 billion, respectively). With less money coming from the Centre, this puts pressure on local authorities to either cut spending or increase local revenues (council tax, fees, capital sales, or investment income). 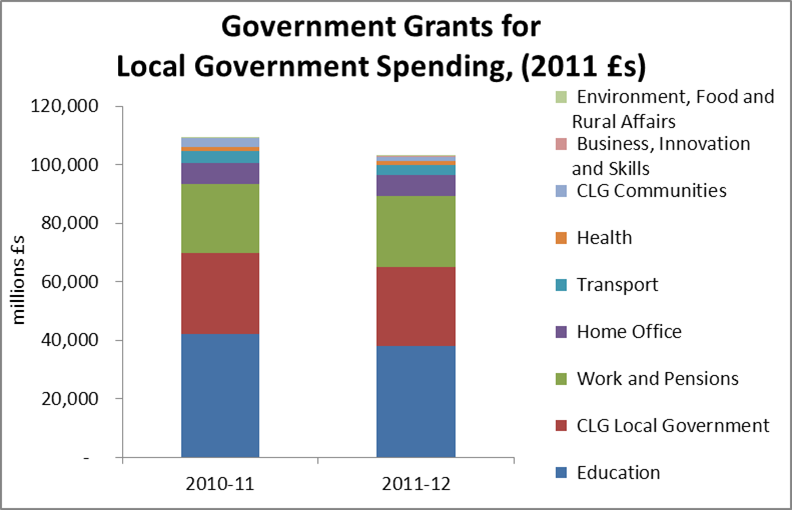 Second, local government is responding to central funding cuts by increasing locally-raised funds.  In 2010/11, local government paid for 14.7 per cent of expenditure through self-finance; that rose to 21.6 per cent in 2011/12. In real terms, that is an increase in £11.2 billion.  If the cuts are making local authorities raise more of their income locally, this begs the question how much further can/will this go? I don’t think anyone knows the full answer yet, but the introduction of business rates retention in the Local Government Finance Bill will shed more light on the subject. 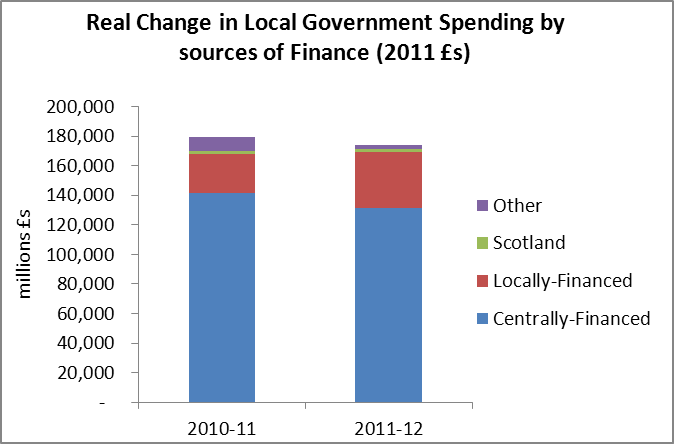 Lastly, reduced income is forcing local government to make some tough choices between services.  Service expenditure on education and social protection rose while it fell in public safety and economic affairs (including business/economic support and transportation). Whilst current expenditure on services was constant in real terms, there was a £1.1 billion cut to capital spending.  Capital spending fell most in economic affairs, which means it was doubly hit. 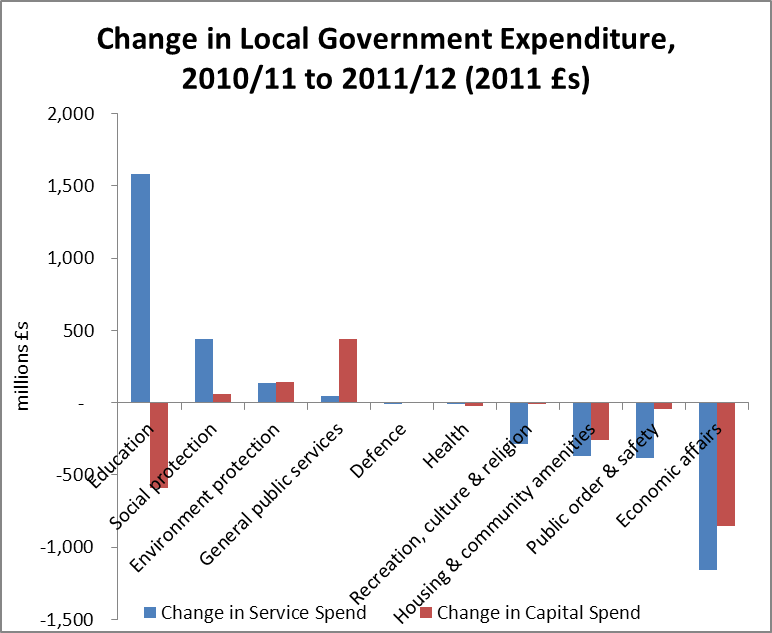 With more cuts to come, this raises an important question about the continued capacity of local government to participate, either directly or via LEPs, in the local growth agenda.

[1] Some of the fall in education spend is due to the increase in Academies which are funded by central Government.