This month’s labour market figures show a continued strengthening of the UK labour market, with employment rising and unemployment falling once again.

This fall in unemployment has been experienced by all of the UK’s 64 largest cities over the course of the year. On average, cities have seen the number of people claiming JSA fall by 33.4 per cent. The largest fall of 49.2 per cent was recorded in Rochdale, while Belfast has experienced the smallest fall of only 16.2 per cent.

This fall in JSA claimants has been driven by a fall in the number of male claimants. In total, men account for around two thirds of the decrease seen in cities. Table 1 shows the 10 cities that have seen the largest reduction in claimants and the proportion of this fall that males and females account for.

Table 1: Fall in unemployment by gender 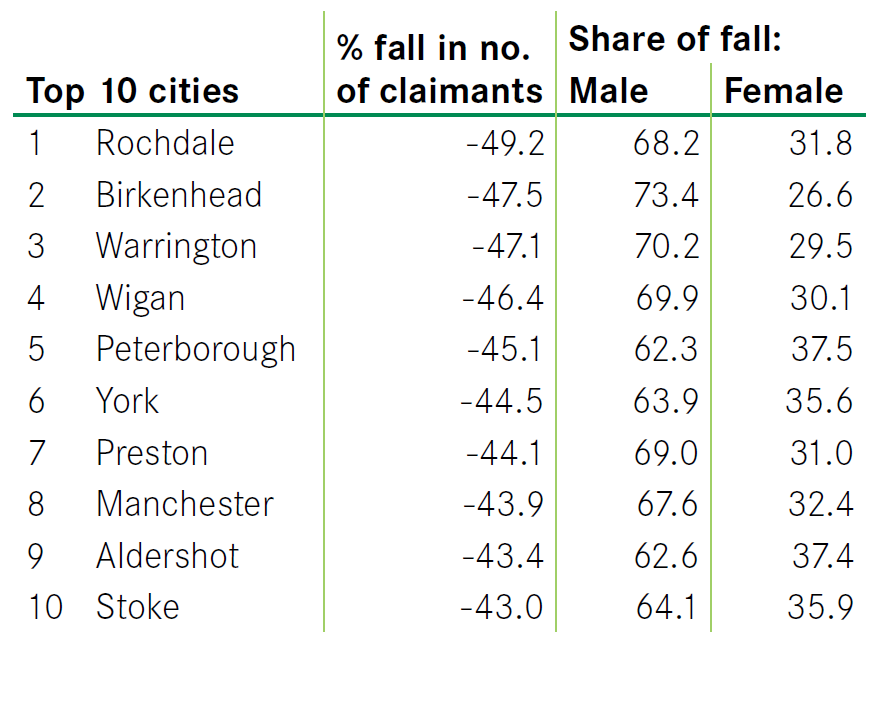 The difference is particularly stark in Birkenhead, where men account for 73.4 per cent of the reduction and women only 26.6 per cent.  Despite this large fall in the number of male claimants, all cities still have more male claimants than female claimants.

Check out all the latest city-by-city labour market data on our data tool.