The Government’s ‘Eat out to help out’ scheme officially went live this Monday. Early reports suggest that the scheme is popular, and no doubt will include some of our readers among its patrons. In subsiding the cost of a visit, the scheme hopes to bring extra footfall to our high streets and city centres. In doing so, it supports the retail and hospitality businesses in these places and the jobs that depend on them, as argued for in our Road to Recovery framework.

The scheme is also an acknowledgement and a reminder of the fact that cities and especially city centres are places of both work and play.  Overall, 57.4 per cent of Britain’s food and drink establishments are located in cities. But the consumer experience varies across cities.

As first highlighted in our report ‘What’s in Store’, there is a relationship between city size and the range of cuisines in a city. Figure 2 below, charts the log of a city’s population against the number of distinctive cuisines available in each city. Those going out for food in London have the most to choose from, with 34 distinctive cuisines on offer. Other big cities like Manchester, Birmingham and Bristol are also towards the top, all with 31 options. Those out in Burnley or Slough have the fewest options, able to pick from 13 types of restaurants. 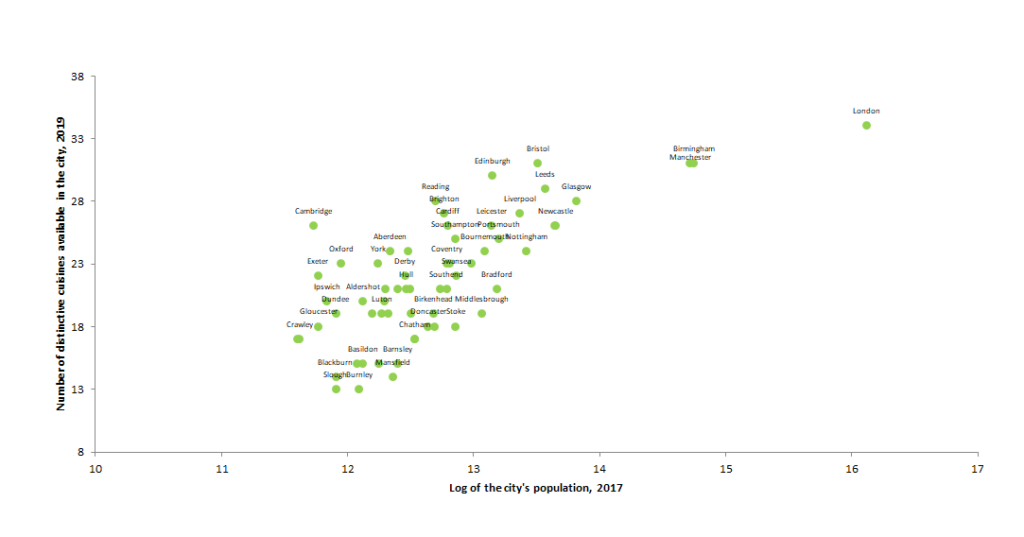 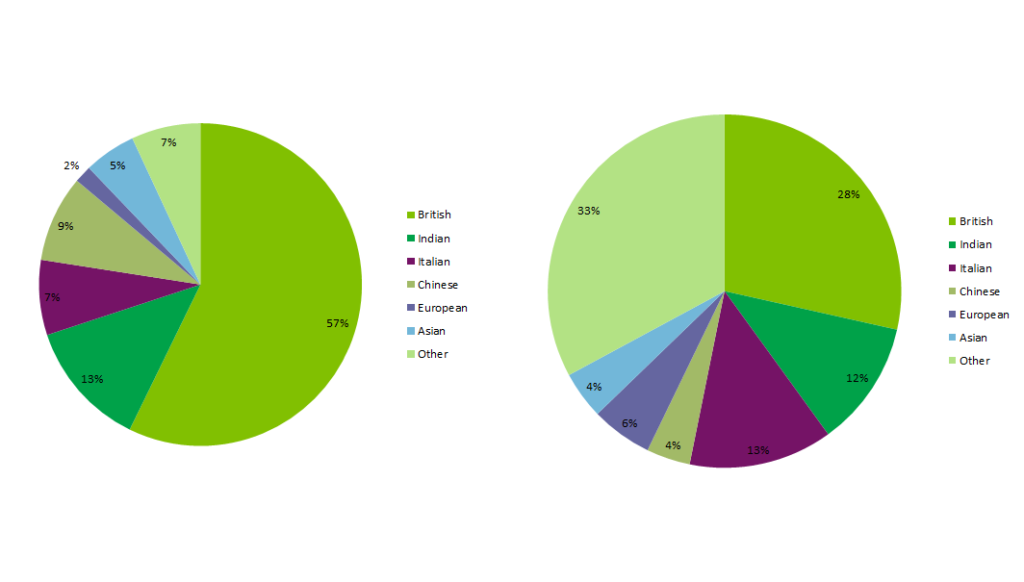 Figure 2: Range of cuisines on offer in Burnley and London. Source: Locomizer (2018).

The relationship between city size and variety holds at the city centre level too. City centres of larger cities tend to have a wider range of options, compared to the centres of smaller cities. Figure 3 below, charts the log of a city’s population against the number of distinctive cuisines available in each city centre. Those going out in central London can have their pick out of 34 distinctive cuisines and 28 in central Bristol. At the other extreme, those going out in Mansfield, Portsmouth or Telford town centres are limited to 6 types of restaurants. 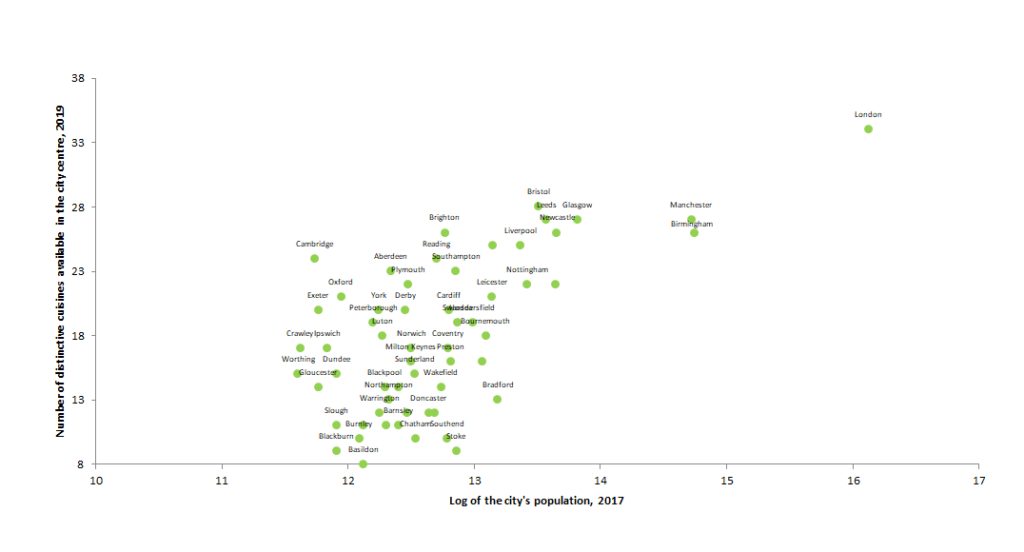 The way different types of restaurants are spread across the country is an unsuspecting but useful illustration of the benefits of agglomeration. In the food context, cities allow niche restaurants to set up and run because they provide a very large market of potential consumers to sell to. They also provide restaurants with a wide range of chefs to choose from, the chefs an opportunity to interact and learn from each other, encouraging innovation and expertise on the whole. The same stands true for other professions too – the scale and density of cities means that people and jobs are better matched, these people interact with and learn from each other, generating new ideas and improving how we do things.

So, if as some predict, Covid-19 is the turning point towards people working from home and moving out of cities, we need to be aware and conscious to the costs that come with this process as well. Less clustering of economic activity means less specialisation and innovation, whether it is in work or play.