New figures released by ONS highlight that while the Capital as a whole has displayed remarkable economic resilience since the crash of 2008, the growth of new businesses across the Capital has been uneven in recent years, with East London leading the way on growing their business bases between 2009 and 2011.

While LB Westminster, LB Camden, LB Barnet and the City of London remain home to the largest number of businesses in the Capital, the latest data shows that LB Newham, LB Redbridge and LB Waltham Forest have seen the biggest relative growth to their business base in recent years, with each of these three Boroughs outstripping the national average. In total, seven of the ten Boroughs that have seen their business base increase most in percentage terms between 2009 and 2011 are located in East London. 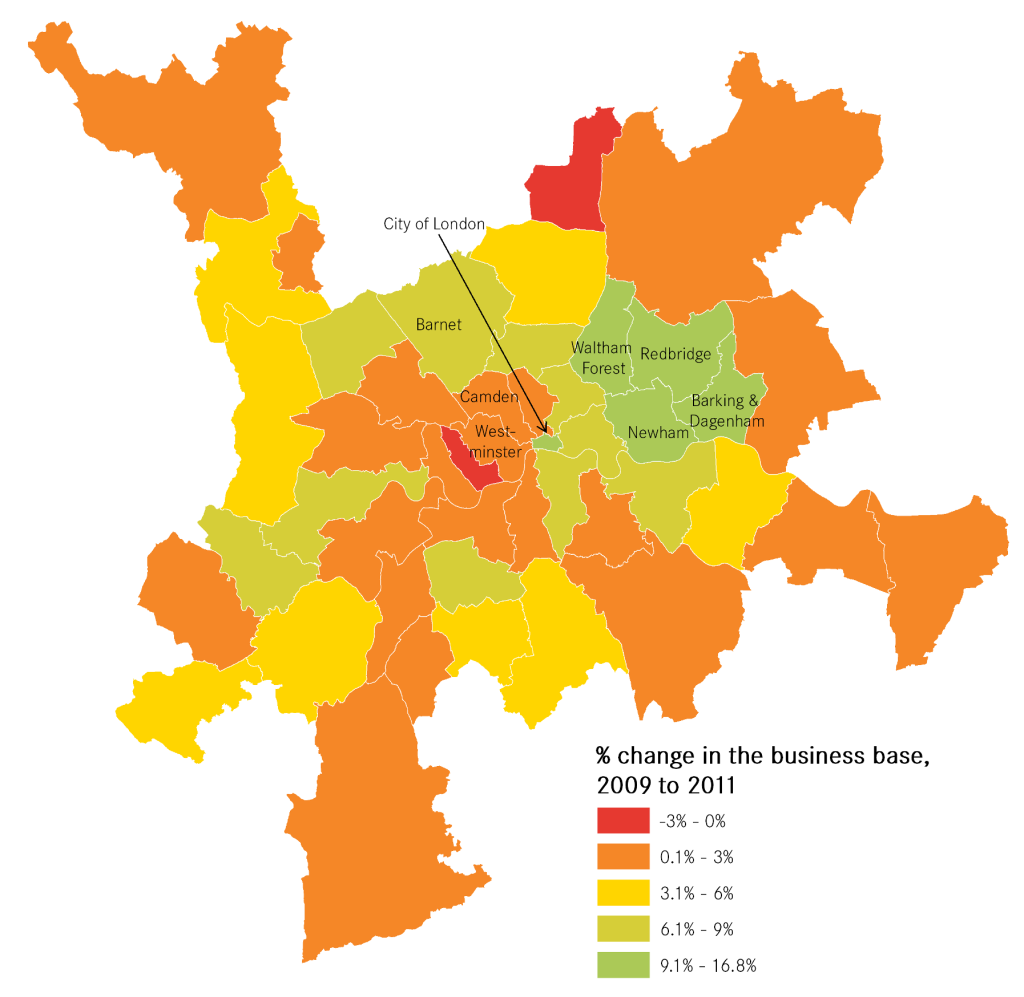 These latest figures emphasise the complex nature of the London economy, and the varying levels of economic performance experienced across different parts of it. They may also reflect the impact of the London Olympics, with each of the six Host Boroughs seeing improvements in the size of their business base during this period.

The nature and growth of business activity across London has been a recent focus for the Centre. Last month we published research examining the role of small businesses in the London economy, and called for the GLA, London Boroughs and Government to do more to ensure that enterprise policy in the Capital reflects the specific circumstances businesses face in the Capital.

You can find out more about the work here.