The recent increase in employment at a time when the economy has been contracting has caused a fair bit of head scratching.  There’s certainly been no shortage of explanations put forward. But yesterday’s ONS release has confirmed the only clear answer so far is that no-one is really sure what is going on.

Labour hoarding – the tendency of companies to hold onto workers (or even employ new workers) during a downturn – is a common reason put forward to explain this trend. The reasoning goes that hiring and firing labour is expensive, and so businesses decide to keep hold of their employees instead. This may also indicate that businesses are expecting to get much busier before long, which was reflected in business confidence survey in Q2 2012.  While this is plausible when looking at national figures, when looking at individual industries some interesting divergences emerge (Fig. 1). 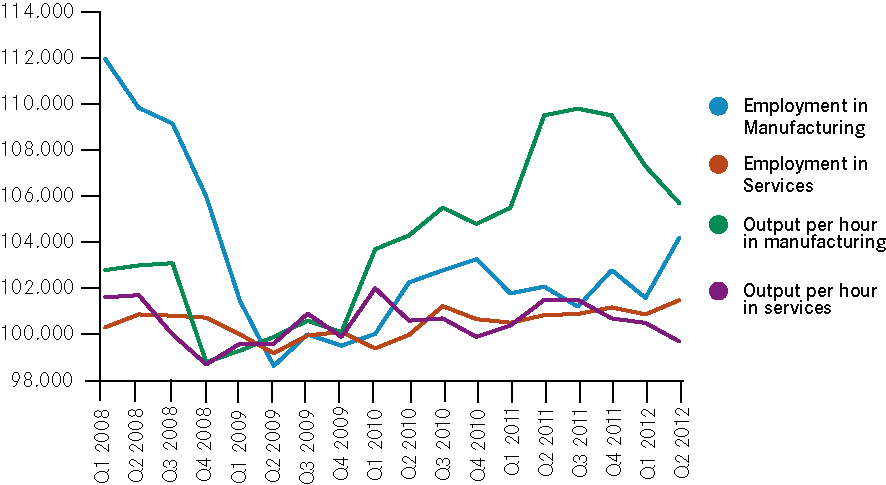 This national trend plays out differently in cities, however.  Cities that are traditionally more reliant on manufacturing, such as Middlesbrough and Bolton (Fig. 2), have lost jobs quicker than service-based cities such as Reading  and Milton Keynes , as Cities Outlook 2012 shows. This also tends to reinforce a north-south divide, as there are more cities reliant on manufacturing in the Midlands and the North than the South.

But now something different is happening.  For all of 2012 productivity decline and employment growth have been happening in both sectors and, most surprisingly, the effect has been much greater in manufacturing. So it looks as though manufacturing companies have also been hoarding employees.  Whilst we don’t really know why this change has taken place and how significant it will be over the longer-term, if nothing else, it provides a reason for optimism for some of the cities that have suffered the most during the current recession.

First, this is because new phenomenon may lead to some jobs being created or secured in the cities where arguably they are most needed. This may be a very short-term effect, but definitely a positive one. Second, if hoarding is actually a result of improved confidence there may be more good news for manufacturing cities in the months to come.

For those of us interested in the role of cities within the national economy next quarter’s ONS employment and productivity data will be even more exciting than usual.

Figure 2. Manufacturing and service Cities in England and Wales* 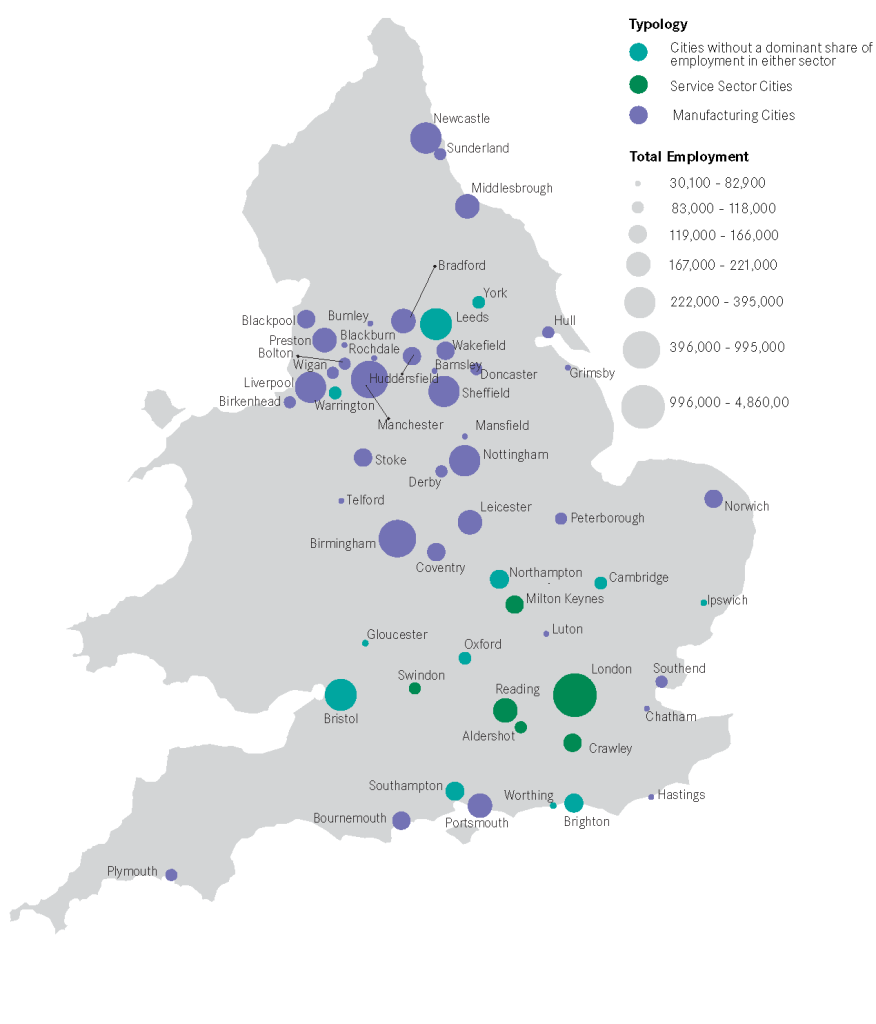 *Manufacturing cities are defined as those with a share of manufacturing employment 10 per cent greater than the average for UK cities. Same methodology is used for defining service sector cities. Cities that didn’t fall into any of these categories are marked in blue.