In the immediate aftermath of the very public falling out between Greater Manchester and the Government, questions were raised about the point of devolution and the plans to create new mayors if this was to be the result. But this episode shows where the Government’s devolution policy is actually working, and where more work still needs to be done.

A big voice but few powers

Metro mayors were created to provide visible and accountable leadership for big cities. They are elected by the public with vote counts in the hundreds of thousands (or millions in the case of London), rather than the hundreds for councillors.

Voters hold them accountable for their local area, and do not expect them to be constrained by party lines or the precise powers set out in their devolution deals. Their electoral success depends on standing up for what they think is right for their place. This  accountability and independence was seen in Ben Houchen’s criticism of the government over its policy on free school meals over school holidays.

The fall out between the Government and Greater Manchester marks the first high profile conflict since the mayors were created in 2017.  Greater Manchester now has a well-known directly elected leader to represent its 2.8 million residents and businesses against what it sees as bad national Government policy. And Andy Burnham has cut through to voters – back in March almost 70 per cent of residents could name Burnham as mayor unprompted (way above the recognition that even shadow chancellors get).

Andrew Carter for The Times

Arguments between local and national governments aren’t unusual. But because local government in the UK is so unusually weak and its leadership too diffuse to register with the press and public, it comes as a shock to see mayors able to make these disagreements front page news, and reveal the messy and confused governance system.

The different attitudes to devolution is clear within the UK. Wales and Scotland have the formal powers to diverge on lockdown and most other domestic policy. There are no negotiations or overlaps, and the Sewel convention and block grant stop Westminster from intervening either through legislation or attaching strings to funding. Scrutiny and accountability comes from the respective Parliaments, media and public opinion in the devolved nations who know that responsibility for the Covid response sits with the leaders.

While Andy Burnham has shown that mayors can have a voice in the debate, he has shown that they don’t yet have the powers to match. Burnham directly controls an investment fund worth just £30m – only a quarter or so of which can be used for day-to-day revenue spending. And despite his high-profile stand-off with the Government, he has no authority to impose or enforce lockdown restrictions. Mayors rely on Government support and funding to do nearly anything.

This bitterness and publicity of the falling out can be partly seen as a consequence of the unreformed style of central government in its dealings with the new and politically empowered  mayors. Central Government seems to be attached to negotiating deals with individual mayors and different areas despite the resources this consumes on both sides and the political risk it now carries, rather than setting national rules to consistently determine funding everywhere and allow local leaders to take responsibility for local policy and conditions.

Entering negotiations with a nationally recognised mayor like Burnham, representing five per cent of England’s population, is not like negotiating with councils.  It would be better to avoid individual negotiations entirely in favour of a national devolution policy.

The South Yorkshire deal agreement means the first wave of city region devolution is nearly over, where next?

The Prime Minister agrees that mayors are underpowered compared to their mandates. In 2013 he said that: “Londoners will increasingly question why London government cannot enjoy similar fiscal freedoms as those afforded to the devolved governments in Scotland and Wales.” Metro mayors will likely share this view. He should follow through on this sentiment now that he has the power to do so.

First, he needs to un-pause its Devolution White Paper. Had it been released in September as planned, and been as progressive as hinted, the Government would be on the front foot. Its response to the Greater Manchester argument could have been to point to its existing proposals and bring those forward rather than the situation now where any important reforms seem like a concession won by mayors.

Second, it needs to stop negotiating individually with places. The irony of the Devolution White Paper itself is that it intended to end the deal-making central to the ‘Devolution Deals’ that created mayors. This unclear process ended up creating a metro mayor in Newcastle that did not cover half of the metropolitan area, a leader in Sheffield City Region elected without a salary or powers, and speculation of Yorkshire-wide devolution that was allowed to run unchecked that means that West Yorkshire will only elect its first mayor in May next year. Getting that deal agreed was welcomed as a model for the rest of the country when signed by the Chancellor in March.

Centre for Cities has set out its proposal for what Government should do and how to level up local government and local economies. It calls for increasing the powers of mayors to match their profile, solve local problems without central government involvement, and ensure that every part of England gets a mayor – or similar figure with mayoral powers – to solve problems locally and fight their corner nationally too. It would also limit the power of central government to negotiate deals with individual areas (but not stop policies that benefit areas facing particular policy challenges).

Ministers, MPs and the civil service need to realise now that devolution demands significant cultural change from the centre in how it treats mayors and local government, and is not as simple as handing over some money or a few powers.

Even ahead of any Devolution White Paper, people in Central Government needs to consider the impacts on mayors and local government more clearly when thinking about national policy. Individual negotiations and separate mini-deals might seem easier to do with fewer partners to deal with, but they are in fact even riskier. The Government is storing up a winter of discontent if it persists in a ‘divide-and-rule’ strategy which does not adjust now to the new reality of mayors and their wider sphere of policy and political influence.

Finishing rather than throwing out the devolution policy set out in its manifesto last year is good politics for the government too.

Johnson is uniquely placed to be the ‘Mayoral Prime Minister’ and claim credit for pushing on with a flagship Conservative Party policy that had been opposed by Labour and local leaders in large part. And his challenging levelling up agenda will be in jeopardy before it begins without the institutions and leaders in the North and Midlands to organise the investment and policy that different groups his own MPs are pushing hard for.

The mayoralties are a success too. Even after one set of elections, mayors have been are electorally useful for the Government too – half of metro mayors are Conservatives now, and while their victories in Tees Valleys and West Midlands may have only recently seemed impossible, they opened up the path to winning the Red Wall last December. Ironically, a Conservative government which put the brakes on devolution now would be preventing many Conservative-voting areas from acquiring the powers and influence the metro mayors have already secured.

Metro mayors open up opportunities for competitive elections at city-region scale that break down the divisions of council boundaries that allow Labour inner cities and Conservative suburban areas that are economically and socially dependent to exist in separate political universes.

The risks of mayors are clear right now to the Government, but it should not lose sight of the opportunities. Government needs to listen to its own advice and ambitions at this moment. Be proud that its mayors have shown that devolution is working, but remember that the job is not quite finished yet.

Why boundary reform is needed to empower councils 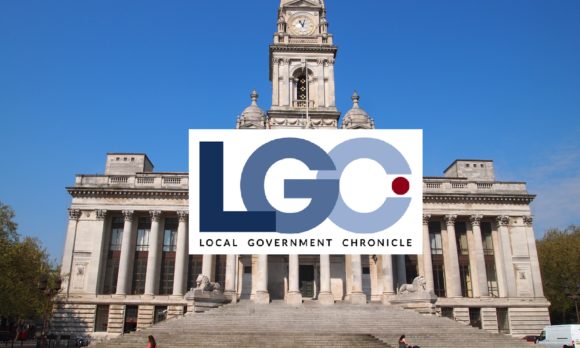