News that the Government is looking to halve international student visas will no doubt be a concern for the higher education sector, and to those worried about the UK’s poor export performance. But it’s also likely to have big implications for a number of cities across the country.

Any restriction on visas, if applied tomorrow, would apply only to those students outside of the EU. However, this may change when the UK exits the EU, and so in the following analysis we look at all international students to look at the wider effect it might have.

In 2014/15, there were around 440,000 students from abroad studying in the UK – one-fifth of all students at UK higher education institutions (not including the Open University). Chinese students made up by far the largest share of these students, accounting for 20 per cent of all international students. To put this into perspective, Indian students made up the second biggest group of foreign students, accounted for 4 per cent in total.

Of course, these students were not evenly distributed across the UK, with London unsurprisingly the most popular destination, attracting a quarter of international students. However, as a share, Coventry had the largest number of foreign students – the table below shows that almost a third of those studying in the city were from outside of the UK. As was the case in most cities, China was the most common country of origin, with a quarter of all foreign students in Coventry being Chinese. Ipswich, on the other hand, had the lowest share, with just 2 per cent of students from abroad. 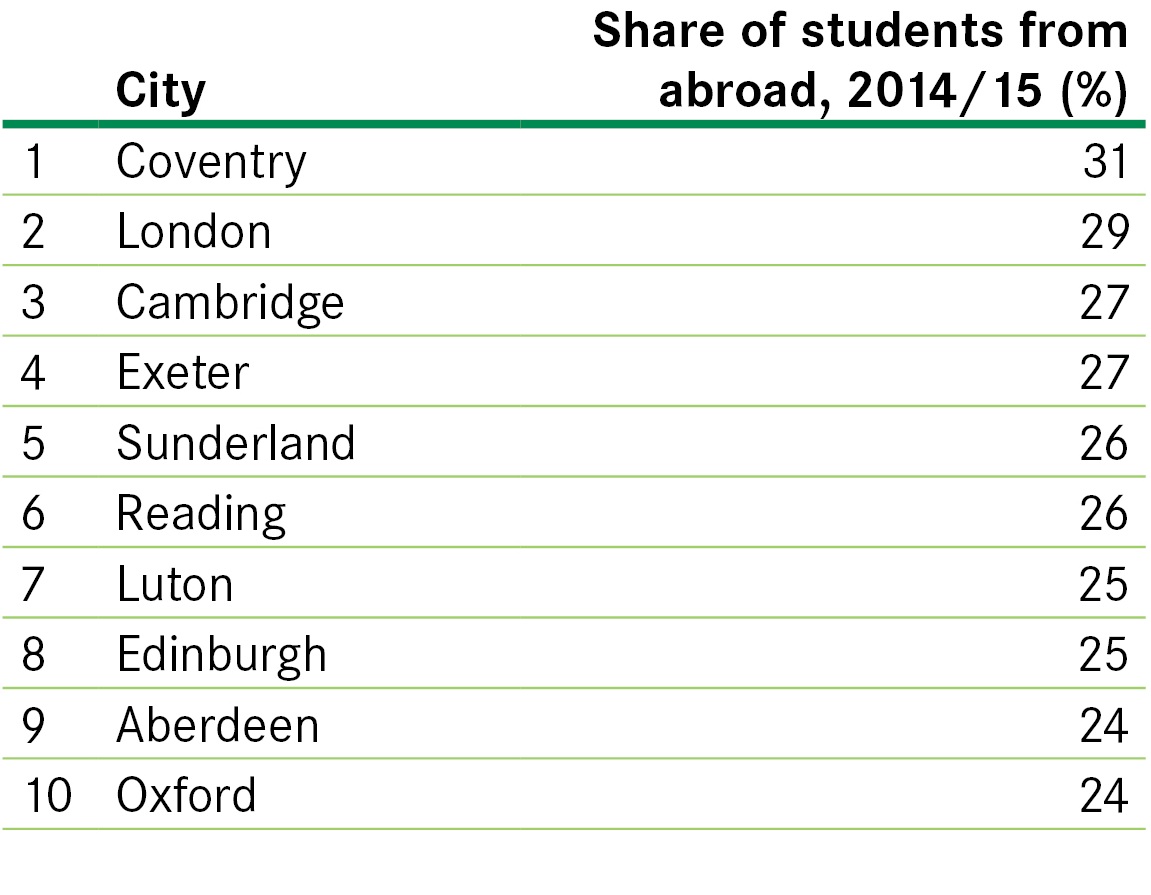 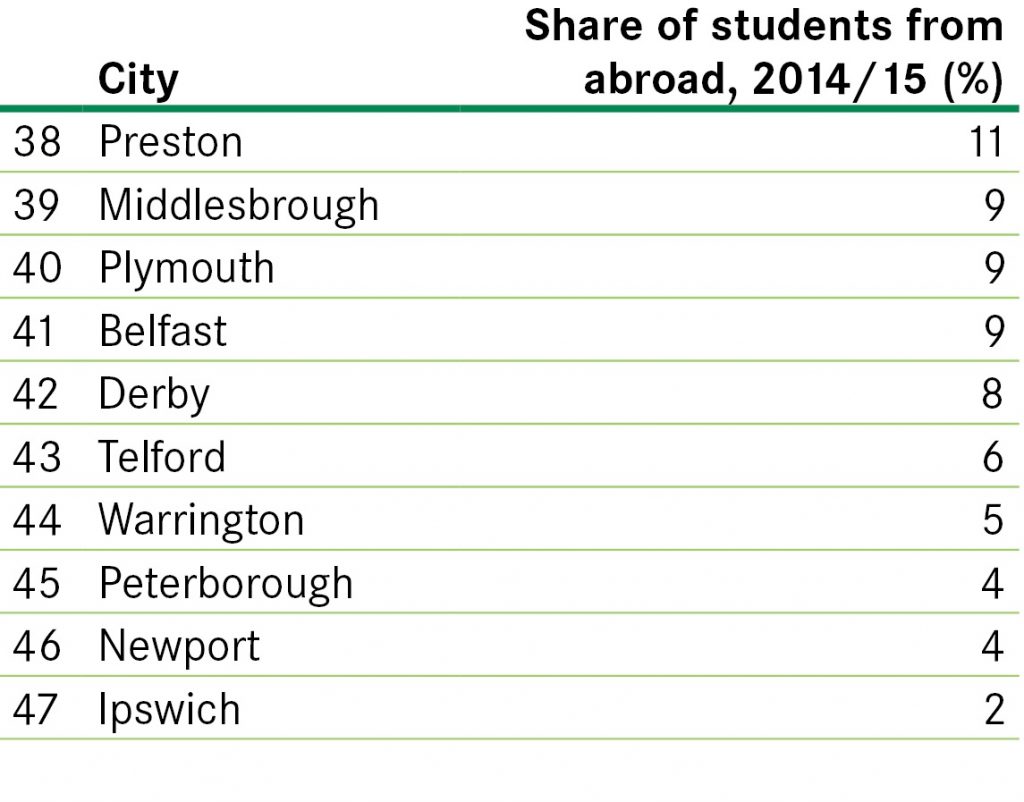 Source: HESA Admissions. Note: Cities with campuses of fewer than 500 students were excluded from the analysis

Cuts to student visas could have big implications for cities such as Coventry, Exeter and Sunderland. Universities UK estimated that foreign students were worth a total of £10.7 billion to the UK economy in 2011/12 through fees and money spent by the students in their time here. Taking this figure and applying it to the location of foreign students would mean that they were worth £380 million to the Coventry economy, £123 million the Exeter economy and £83 million to the Sunderland economy. In Coventry this was equivalent to over 6 per cent of its total output in 2011/12.

The current political climate means that talking about visa restrictions is popular with the electorate. But such decisions will have an economic impact too, and may well hurt the very places the Government is attempting to help through its place-based industrial strategy. And this, surely, would be counterproductive.

You can see more of our analysis on migration and student and new graduate mobility in our Great British Brain Drain report.