Today is Clean Air Day, which acts as a useful (and grim) reminder of the dangers of toxic air. It cannot be stressed enough: air pollution is an invisible killer. The air we breathe is the cause of an estimated 40,000 deaths a year in the UK and in cities alone, fine particulate matter pollution is responsible for more than one in twenty deaths – which is 25 times the national rate of deaths from road traffic accidents.

Centre for Cities has published an extensive range of research on the topic in the past couple of years – here’s a summary of what we have learnt:

1. Toxic air is particularly an issue in the UK’s cities and largest towns

An in-depth analysis of the concentration of two harmful pollutants, nitrogen dioxide and fine particulate matter, has shown that large urban areas are particularly affected by poor air quality. Air pollution is a perfect example of the cost of traffic congestion, which arises in dense urban environments where most jobs, population and economic activity are concentrated.

But not all cities are facing the same toxic air burden. Cities in the south of the country tend to be worse off, and this has a clear, unequal impact on their residents’ health: while in cities in the north of the country, like in Aberdeen, one in 33 deaths are attributed to fine particulate matter, in places like London, Luton, Slough it is about one in sixteen – or more than 6 per cent of all deaths.

2. The pandemic does not lessen the need for action on air quality- quite the opposite

When the first lockdown started, many people up and down the country (city dwellers in particular) experienced what it’s like to live in a place with cleaner air to breathe. And this was reflected in the data: averaged across all cities, NO2 levels dropped by 38 per cent. But this was a short-lived relief: by September 2020, pollution was back to its pre-pandemic levels in 80 per cent of the cities studied. And in some cities, like Bournemouth or Portsmouth, they were actually worse than before, despite the fact that the economy had only partially reopened. The reason for that is quite simple: many people continued to avoid public transport, and car usage went up.

As the UK is progressively returning to normality, there is now a risk that the pandemic has made air quality worse, despite short-term improvements earlier in the year. The new normality may well mean more traffic levels higher than before, if the shifts in behaviours observed in the past twelve months turn permanent.

How have the Covid pandemic and lockdown affected air quality in cities? 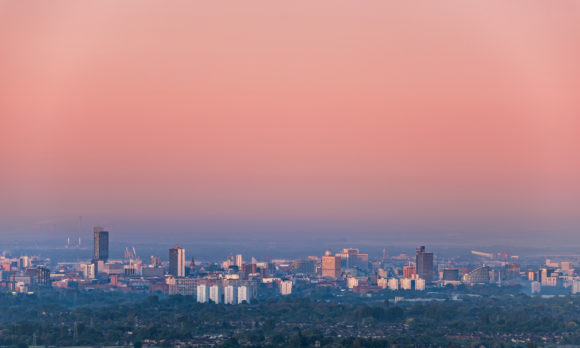 3. Solutions exist, and they work. They now need to be implemented

Local policymakers do not have to look very far to find a solution to toxic air. They have a range of powers and tools at hand.

Clean Air Zones (CAZ) are one of them. They charge drivers of the most polluting vehicles in the central area of a city, and are known to be very efficient at tackling traffic-related pollution. In London, for instance, the CAZ-style scheme (Ultra Low Emission Zone) has achieved significant air quality improvements: between 2017 and 2019, roadside concentration of NO2 went down by 44 per cent, alongside a 71 per cent reduction in the number of non-compliant, polluting vehicles in the central zone. When the scheme expands to the North and South circular roads later this year, more Londoners will enjoy the benefits of breathing a cleaner air.

London is no longer a unique example in the UK: Birmingham launched its CAZ earlier this month, and took the politically-courageous decision to start by charging private cars. Cities up and down the country, like Manchester, Bristol, Sheffield and Leeds, need to follow suit.

A scheme which disincentivizes driving is likely to be even more effective (and accepted by the general public) alongside measures which facilitate the use of cleaner modes of transport, like investing in the public transport network’s infrastructure, or supporting active travel.

As local leaders are soon expected to make a decision on bus franchising, they should keep in mind the environmental benefits associated with taking control of the routes, fares and emission standards of the fleet that Enhanced Partnerships (the other option proposed in the recent National Bus Strategy) do not bring to the same extent.

None of these decisions will be politically easy, but there are a few policy areas where progress can be achieved quickly, in the timespan of a politician’s term in office. Air quality is one of them.