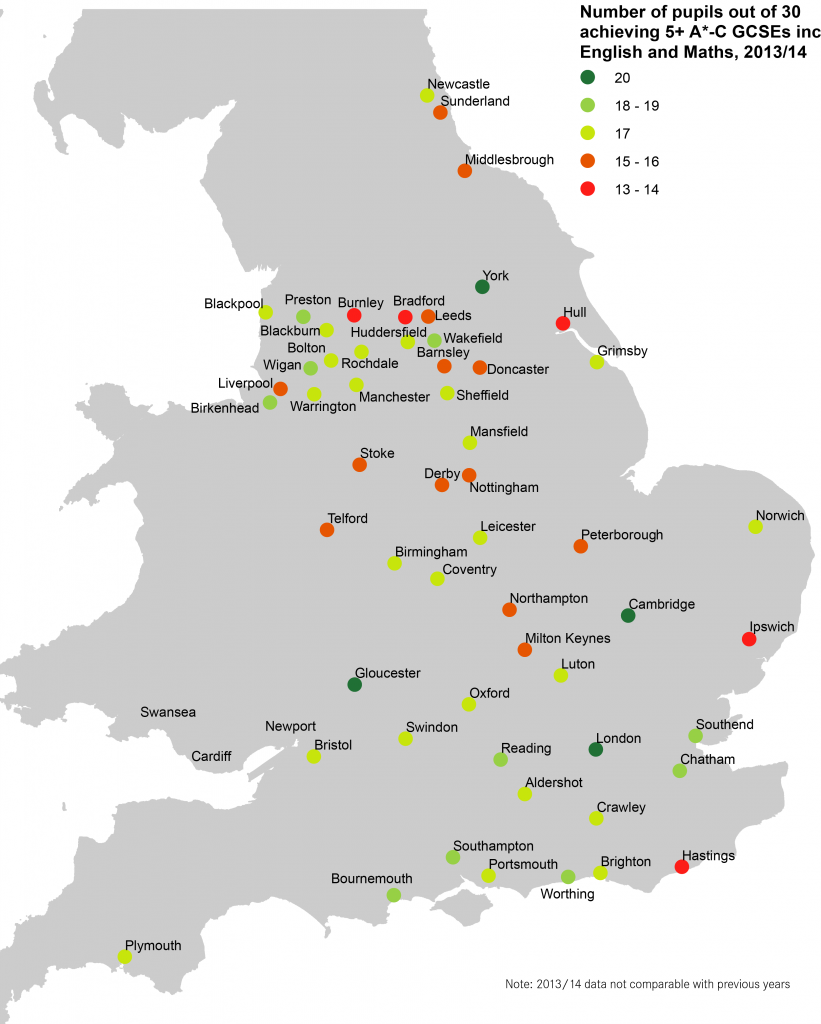 Source: Department of Education, 2015 (based on school location) 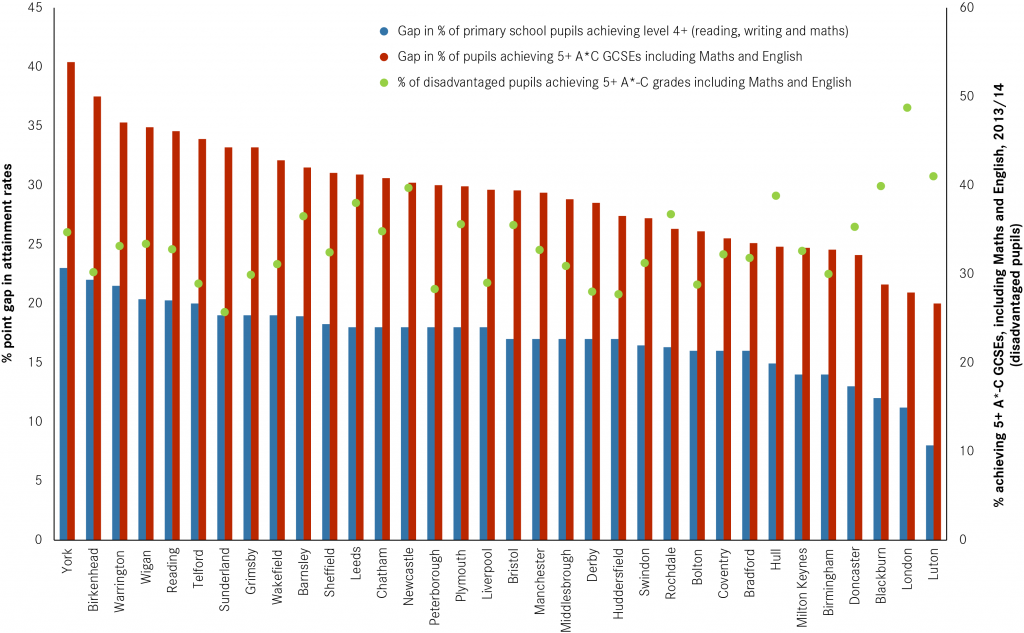 Source: Department of Education, 2015 (based on school location)

We’re obviously not comparing the same cohort of pupils, so the recent narrowing of the gap at primary school age may lead to a narrowing of the gap at GCSE level in a few years’ time (although how significant those effects will be is questionable). What is interesting is the differences between cities in the attainment gap at GCSE level follow the differences in the attainment gap at primary school age. This highlights, yet again, the importance of early years and primary school education, and the importance of working out why London appears to do so well.