While trade and exports are usually talked about in the national context only, the reality is that the UK’s exports are sent from places up and down the country. But as Cities Outlook 2017 shows, some places are much more successful at exporting than others, and this has big implications for the UK’s productivity gap and the Government’s industrial strategy.

Of course, there was much variation between them. Sunderland was Britain’s top exporting city, sending £40,650 of goods and services overseas for every job in the city. This is one third higher than second-placed Worthing (£29,640) and 11 times higher than bottom-placed York. 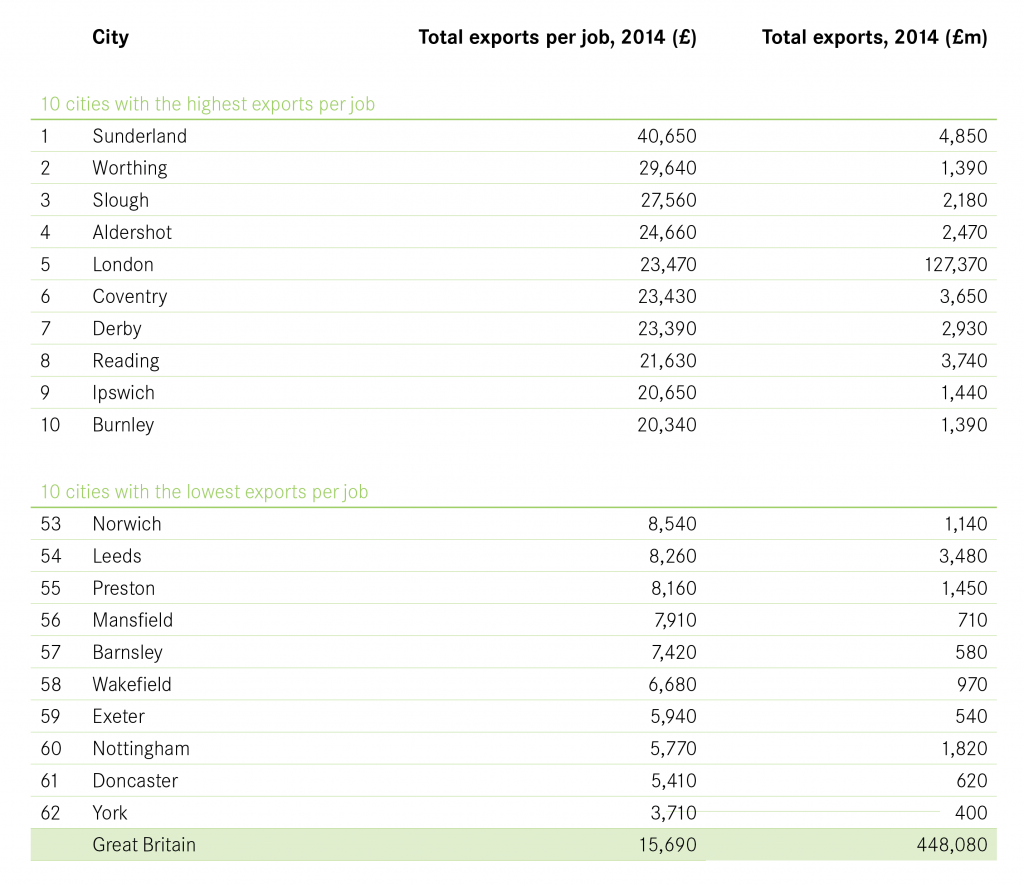 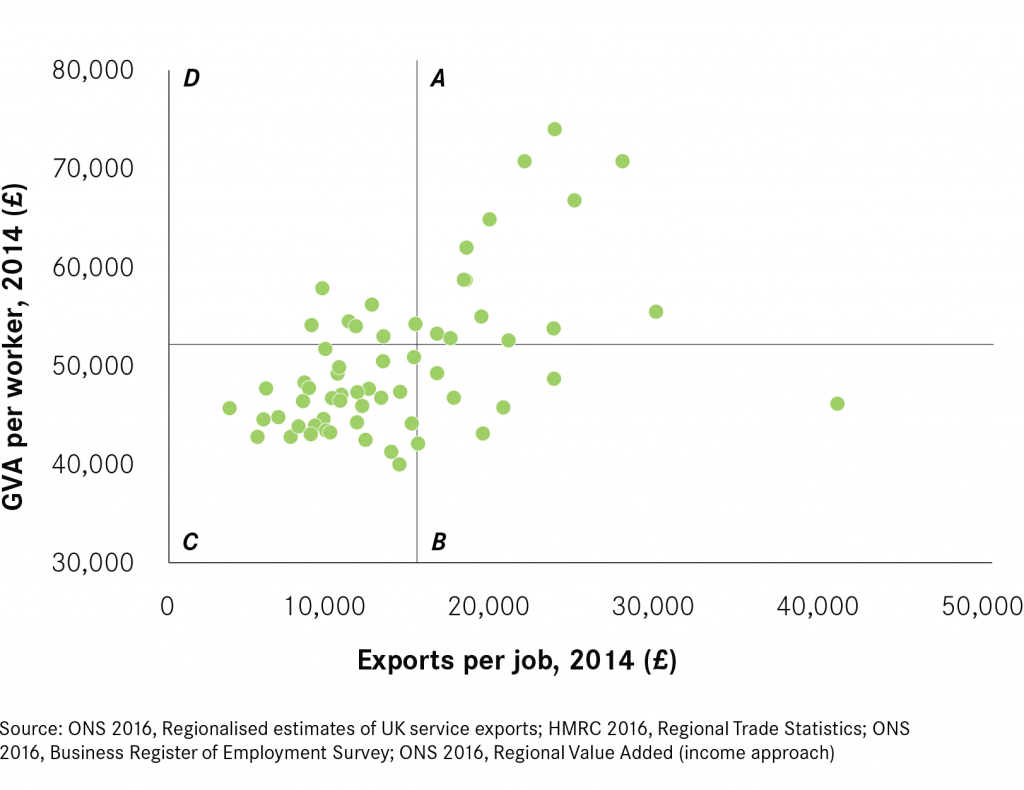 Splitting exports out into goods and services offers a clue as to why this might be the case (see the charts below). While there is a reasonable positive correlation between services exports per job and productivity, there is no relationship between goods exports per job and output per worker. This may be a result of where the ‘value-add’ of an export takes place – the disaggregated nature of manufacturing means that design and engineering don’t necessarily take place in the same place as assembly. For example, in Nissan’s case, its Qashqai model was designed in Paddington, engineered in Cranfield but built in Sunderland. So while the sale of the car is allocated to Sunderland, little of the higher value input to the product takes place there. 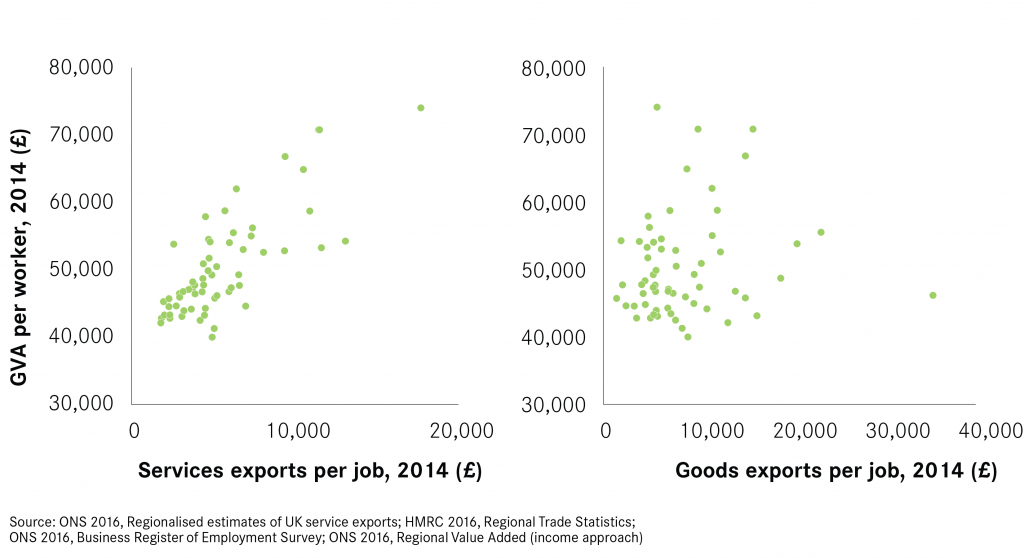 Increasing trade and exports was one of the ten pillars that the Government set out in its recent Industrial Strategy green paper. What this data shows is that boosting exports won’t necessarily improve productivity across the country – what’s important is the type of exporting activity. As the example of Nissan suggests, it is knowledge-intensive exporting activity in particular which will have the biggest impact in driving up productivity – both in terms of firms that export services and those in advanced manufacturing.

And this has implications for the approaches taken to improve exports across the country. The standard approach, and the one emphasised again in the Government’s green paper, is to focus on export credit schemes and trade missions. Such schemes will no doubt have a positive impact in the cities that already have a number of exporting businesses (such as those cities in quadrant A in the chart above). But it will do very little for the worryingly large number of cities – 37 out of 62 – that are in Quadrant C.  Their poor exporting and productivity performance suggests that it is their lack of exporting businesses full stop, rather than any reluctance of their businesses to export, that is the problem.

This means that, as any industrial strategy that is place-based needs to do by definition, a very different approach will be needed in these places to both boost productivity and exports. The number one objective will be to improve skills. Knowledge-based businesses, be they in manufacturing or services, require high-skilled workers. But those cities in Quadrants B and C tend to have fewer degree-educated people living in their cities and higher shares of people with no formal qualifications relative to their more successful counterparts.

To do this will require prioritising both improving performance within schools and an improvement of the skills of the existing workforce, with a particular focus on numeracy and literacy in both cases. This should be a key priority for both local and national leaders, particularly in the Industrial Strategy, if they are to succeed in extending job opportunities and increasing wages for people in cities across the country.