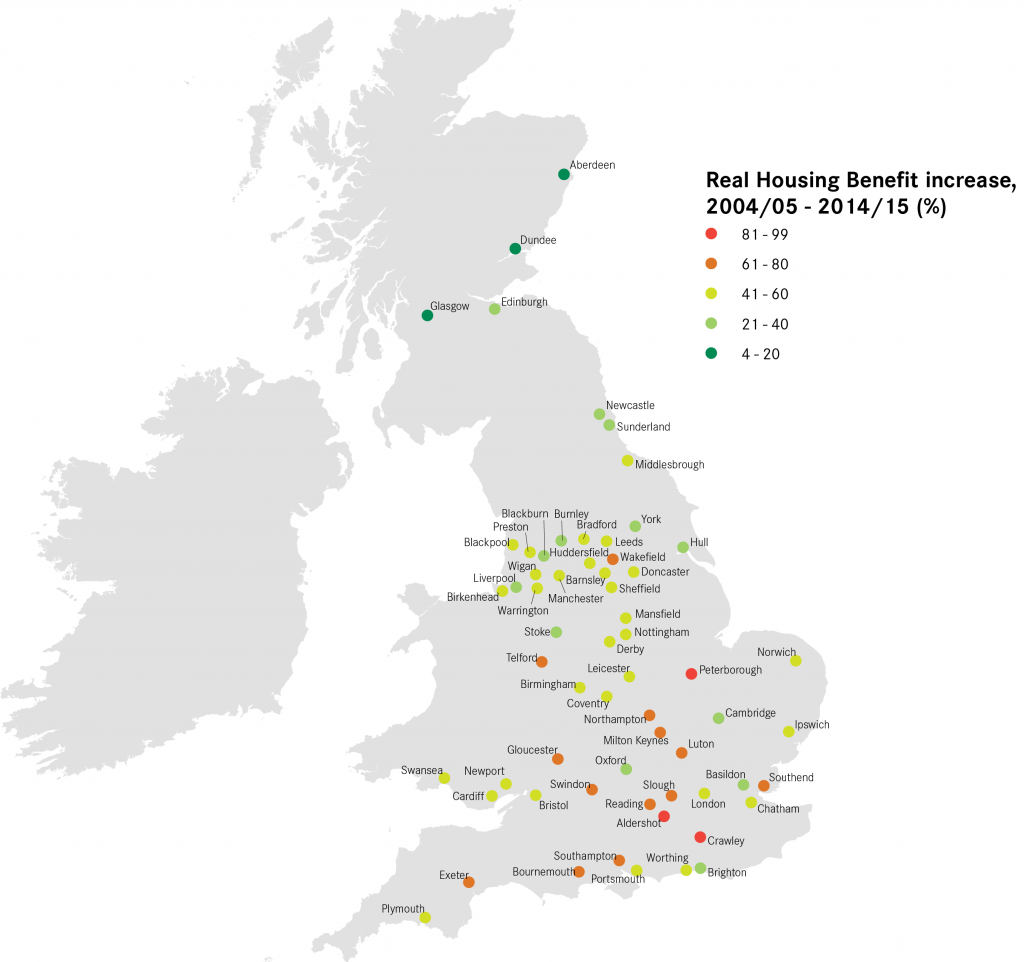 These rises are a result of the strong economic performance of these places. The growth of job opportunities has increased the demand to live there. But because the rate of house building has not kept up with this increase in demand, house prices have increased instead. And the result is that this has pushed up spending on housing benefit too.

To curb increases in housing benefit, the Chancellor has announced that housing benefit payments will be frozen for the next four years. While this will limit further growth in the total housing benefit bill, it won’t deal with the root cause – the shortage of housing in our most successful cities. And it won’t reduce the requirement for housing benefit either. In the short term it means that claimants will have to contribute more to their housing costs. And post 2019, assuming that further caps will not be put in place, housing benefit spend will likely rise sharply again to meet this requirement.

To manage welfare spending increases in our most successful cities, we shouldn’t be looking to simply place constraints on the generosity of spending. We should be encouraging greater house building too.

Cities Outlook 2016: Why does Southend have both a high-wage and high-welfare economy?