This week’s Census data release gave us only a little peek at the veritable treasure trove that the Census will eventually reveal. Unfortunately those desperate to get their hands on more detailed statistics on things such as commuting patterns and neighbourhood analysis will have to remain patient. But to whet the appetite this first round of data did at least give a fascinating insight into the demographics of our cities. 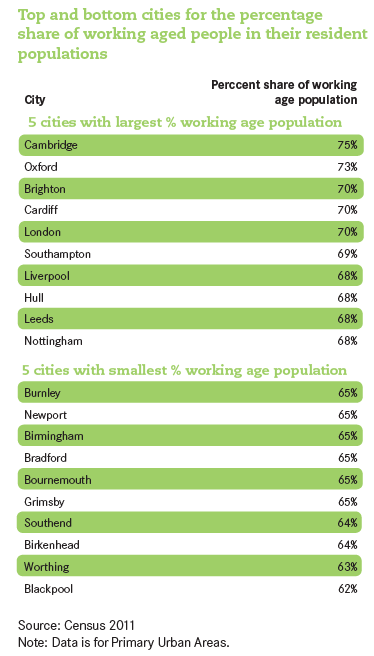 There are several interesting findings that come out of this:

Comparing the age make-up of our cities also gives an interesting hint towards migration patterns in and out of our cities. Milton Keynes is a good example. Despite falling just outside of the top 10 cities in the table above, it has the forth highest share of child dependants out of all UK cities. Looking further up its population pyramid (see below) offers an explanation as to why this might be the case – it also has the fourth highest share of people aged between 25 and 40. The economic opportunity within Milton Keynes, its relatively cheap housing and easy access to London is likely to make it attractive to young families. 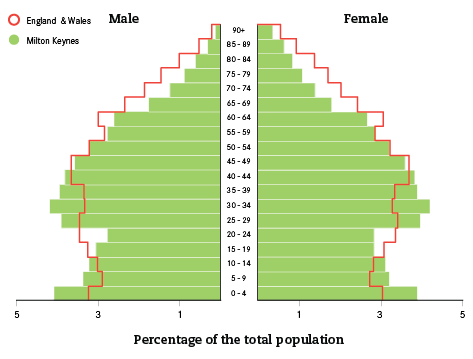