Last week, Northamptonshire, Oxfordshire and Buckinghamshire counties were the latest areas to express their wishes to form a combined authority. The counties state a desire to work collectively to deliver public transport, skills and infrastructure, reflecting the needs of businesses at the scale of the local economy rather than administrative boundaries.

These announcements reflect the concerns expressed by many non-urban areas that they will ‘miss out’ on devolved funding or more powers. Recent deals for Greater Manchester and Greater Sheffield demonstrate a willingness from the Government to devolve more local control over funding and delivery on public transport, skills and housing to big cities if they can demonstrate they are working together.

But beyond the major city regions there is little indication from government whether devolution is on the cards. This reflects the difficulty and complexity of devolving to two-tier areas, particularly those that have a city within a county.

Our recent paper tries to address this complexity. In many instances the two-tier system of local government means cities are under-powered with little or no formal influence on economic growth, strategic growth and infrastructure decisions that are so vital to ensuring the city economy functions well.

Oxford, for example drives economic growth and job creation in Oxfordshire – between 25 and 50 per cent of residents in Oxfordshire work in Oxford and its economy is one of the strongest performing in the country. But as a district council, Oxford lacks the tools to ensure that public transport effectively connects people in and around the city with jobs and businesses; or the power to deliver the housing that the growing city economy needs, for example. 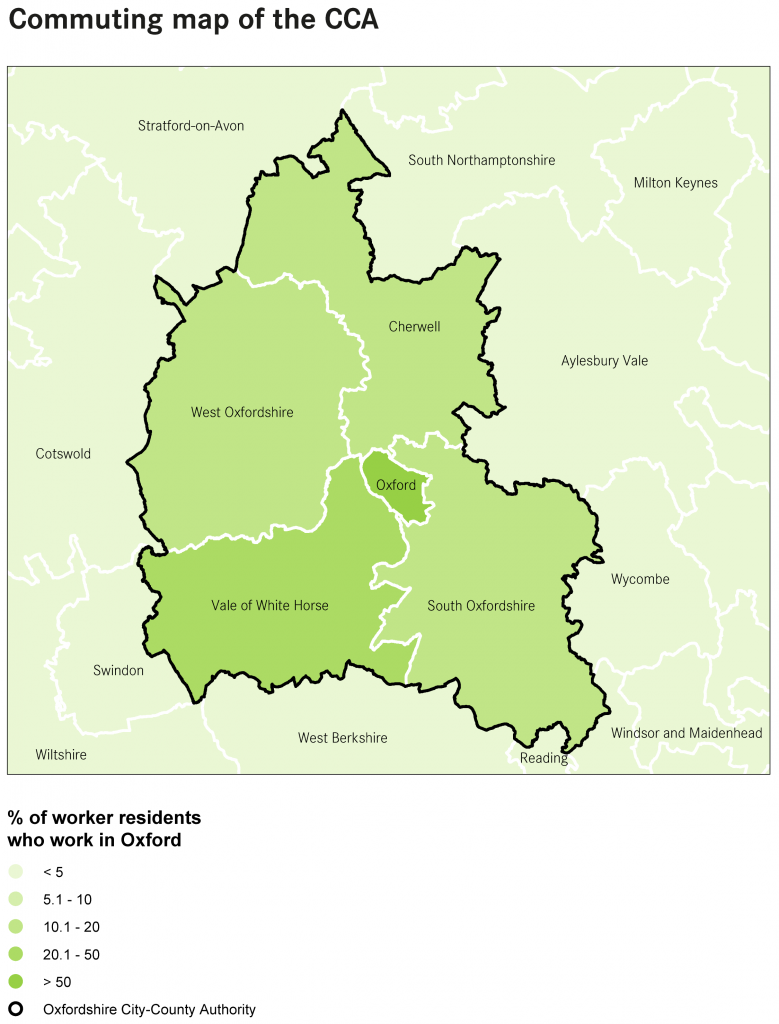 Cities like Oxford – as well as Norwich and Cambridge – need to work on an equal footing with their economically-linked counties to support economic growth. As part of a two-step model, we propose they gain unitary status in order to then join into combined authority-style arrangements with the county.

Counties are right to capitalise on the benefits of working across administrative boundaries to think about how to deliver the infrastructure, education and training that will support businesses at the scale of the real economy. But in the case of Oxfordshire and Northamptonshire, they need to make sure that Oxford and Northampton have an equal voice at the combined authority table. This will ensure the decisions made are the right ones to enable these cities to unlock growth and boost jobs in the wider area.