And it’s not just the most successful cities that support their regional economies. Cities like Hull and Doncaster despite having less dynamic private sectors housed, together, 8 percent of businesses located in Yorkshire & Humber, accounted for 10 percent of employment and generated 9 percent of wealth. 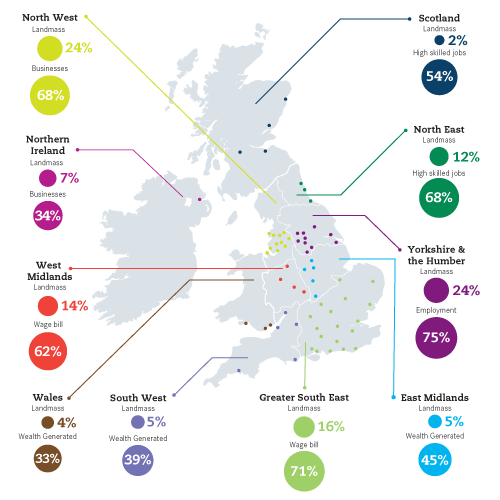 In addition, the influence of cities is not simply confined to their urban cores but extends out beyond their physical boundaries. People travel to cities to work – people living outside Bristol travel around 38km to work in the city – but also to shop and enjoy amenities like theatres and restaurants. Business supply chains also extend well beyond city boundaries and their customers are often located elsewhere too.

For more stats and facts see Cities Outlook 2012 and our new Data Tool.