The Chancellor has been busy this week. As well as putting the final touches to his Budget speech he also wrote to Lord Adonis, the Chair of the National Infrastructure Commission, to thank him for his work on energy innovation, London transport and Northern connectivity, and to set out the next two priorities for the NIC. One is around 5G and the other is on maximising the economic potential of Oxford, Milton Keynes and Cambridge. The Chancellor’s letter and the terms of reference for this project are available here.

This focus on what the Chancellor refers to as some of the UK’s “fastest growing and most productive places” is very welcome and picks up on the analysis we published earlier this month on the ‘Fast Growth Cities’ Group, which comprises Oxford, Milton Keynes, Cambridge, Swindon and Norwich.

The paper highlights the strong performance of these cities on a range of economic indicators, including wages, productivity, entrepreneurialism, and share of knowledge-based jobs. 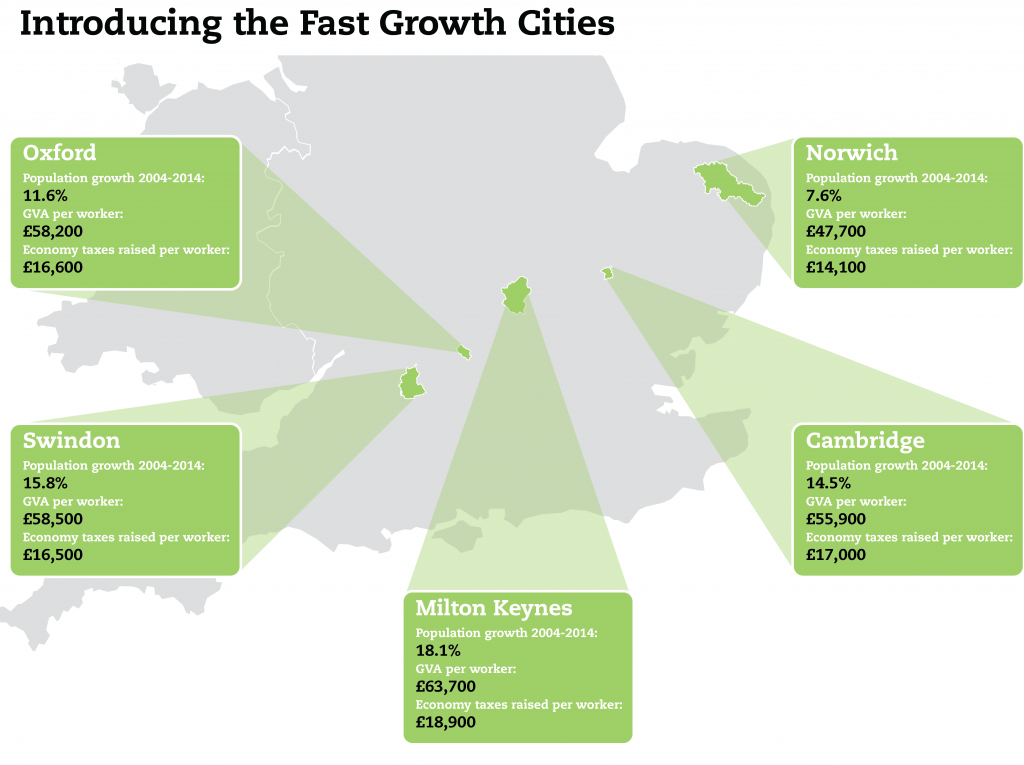 It also highlights a number of significant economic challenges which threaten to undermine their continuing economic success in the years to come, including:

It’s good to see that exploring these infrastructure and related skills issues will be central to the National Infrastructure Commission’s work over the next 18 months.

It’s important to note that for these cities to continue to grow, they won’t necessarily need an all-encompassing mayoral-led devolution deal. However, they will need targeted financial and political support from the Government, greater influence over national agencies such as Network Rail, Highways England and the Homes and Communities Agency, and more flexibility to bend national policies around housing, planning and skills in order to respond to the specific growth obstacles and opportunities they face.