Two important consultations for the White Paper on planning reform within England closed last week – one from the Government and one from the Commons Select Committee on Housing, Communities and Local Government.

Centre for Cities responded to both of these consultations, and our responses can be found here and here.

Centre for Cities welcomes the reforms. The institutional changes proposed are informed by the best evidence and theoretical understanding of the current system, including Centre for Cities’ research. They propose a coherent and consistent new approach, which if implemented, will lead to better housing outcomes, more successful urban economies, and reduced inequality.

This blog will summarise our consultation responses to each of the three “Pillars” the White Paper is divided into – planning for development; planning for sustainable and beautiful places; and planning for infrastructure and connected places.

Pillar One – Planning for Development

The reforms proposed within this section are the most important in the entire White Paper. In short, the changes will mean that all local authorities will divide all land in England into “Growth”, “Renewal”, and “Protected” areas when making their local plans. 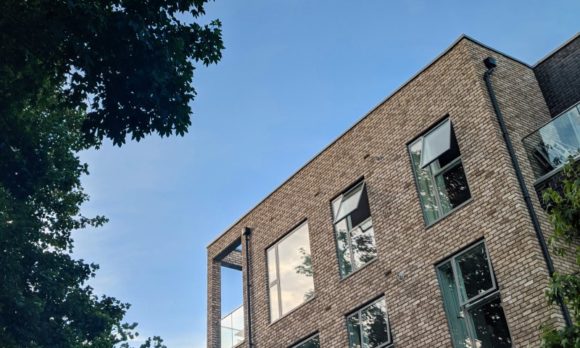 The introduction of Growth and Renewal areas will minimise some of the most dysfunctional elements of the current planning system. Although at present there are local plans that formally “lead” the planning process, in practice England has a highly discretionary approach where each planning application is discussed and granted one-by-one.

Under the current system, it is possible to propose something that complies with the local plan, which is then rejected. This ratchets down the supply of new homes, and makes development unpredictable and risky, and fuels bargaining behaviour by firms and local authorities.

Growth and Renewal areas will change this. Under the new system, if you propose something which complies with the rules, it must be given planning permission. This not only makes decision-making faster and more certain; it also strengthens the role of the local plan and makes planning as an act of municipal governance more strategic.

One of the alternative approaches suggested by the Government would be to merge Growth and Renewal areas into a single category, and essentially create a more classical zoning system similar to those seen abroad in Germany or Japan. Such a flexible zoning system could work well, and Centre for Cities set out how this could work in our Planning for the Future paper back in June.

Both this alternative model and the initial proposed would help reconnect the local supply of housing to local demand, and help tackle the housing crisis in the most expensive cities. The current mismatch between local supply and local demand is why the standard method for calculating housing targets (pejoratively known as the “mutant algorithm” to opponents of reform) must contain a strong weighting for prices to focus new supply in the most unaffordable cities.

Improving design outcomes and the consultation process is a key objective of the reforms in the White Paper. The logic across these areas is that the current process often results in badly designed developments, and that multiple rounds of consultation leaves residents feeling mistrustful of the wider planning system.

The White Paper therefore proposes that consultation and design elements of the planning process are frontloaded and better organised. By setting out design codes and local input at the creation of the local plan, greater certainty will be achieved, and the trade-offs which planning requires can be discussed by a wider range of the community.

A frequent criticism of the Government’s proposals is that they are anti-democratic and remove the voice of local people. But the opposite is true – advocates of local democracy should be championing the reforms as they will improve the quality and breadth of representation in the planning process

The best evidence available on the case-by-case “community meetings” on housing development of our current approach to local democracy is the Neighbourhood Defenders literature from the United States. Using records from thousands of meetings, this research shows that one-by-one meetings disproportionately empower and advantage older, whiter, male homeowners who oppose new homes. A more truly democratic and equal local consultation process would be better organised at the creation of the local plan, as it would provide a process for disadvantaged voices such as renters, ethnic minorities, and supporters of new homes to be heard in the planning process.

One proposal from Government is that local communities be encouraged to create local design codes. These local design codes would then be used within Renewal areas; if something is then proposed which complies with the national building regulations, the local plan, and the neighbourhood design code, then it must be given planning permission.

This would create an important safety valve which would allow for our “dormant” suburbs to make a more significant contribution to new housing supply – one way this could be done is the “Better Streets” proposal set out by London Yimby. But Government must keep a close eye on design codes, to ensure they are not written in bad faith to block development.

The future of the planning system in England

The most significant reform in this pillar is the proposed Infrastructure Levy. This would be a flat percentage on the value of a development, which would be used to finance the infrastructure needed to support development, affordable housing, or other objectives.

Centre for Cities supports this proposal, and previously recommended this approach in the Homes on the Right Track report. In it, we showed that a 20 per cent Infrastructure Levy on suburban development within walking distance of stations in commuting distance of London, Manchester, Birmingham, Bristol, and Newcastle city centres could expect to raise between £93 billion and £116 billion for infrastructure from 1.7 to 2.1 million homes, while leaving plenty of space for parkland and designated, non-green belt countryside.

It is important that there be a single, national rate, and that in return, local authorities have freedom to use the revenues however they want. The current system, including “Section 106” payments and CIL, induces bargaining and delays into the process of funding infrastructure. Having a quick and simple approach which is the same everywhere in the country would ensure infrastructure is ready faster.

A single national rate would provide the most revenue for infrastructure in the places with highest demand, but it would raise less money for infrastructure in local authorities with lower land values. Centre for Cities therefore suggested an alternative to the proposed formula which would redistribute a slice of the money raised in places with above-average land values to local authorities with below-average land-values, which would balance incentives and need with equity.

Finally, while the housing crisis falls most heavily on those on low incomes, and there will be a need for local authorities in expensive areas to keep providing subsidised affordable housing, the Government should avoid a national ringfence for affordable housing. Cities and large towns with struggling economies face many problems, but housing affordability is rarely a top priority. Requiring that the low revenues from their land values be spent subsidising already cheap housing would be a mistake – they should have the freedom to direct their limited resources towards interventions in skills policy, commercial property, or social care if those are higher priorities.