Globalisation, automation and an ageing workforce are rapidly shaping the local labour markets of developed economies, including the UK. Although there has been a lot of academic research on the potential impact of these changes, there has been little response from UK policymakers and practitioners on how to address these issues.

With this in mind, Centre for Cities recently partnered with the OECD and other organisations to hold a conference based on the theme “Engaging employers in building better local jobs and creating a responsive skills system.” This brought together representatives from national and local government, cities, businesses and NGOs to discuss how UK cities can respond to the big challenges they face, by creating more and better quality jobs.

Here are my thoughts on the big issues highlighted by the conference:

Of all the major forces shaping the UK labour markets, automation dominated conversations. Surprisingly, the tone was a positive one. In the opening remarks, it was emphasized that, “Automation should be seen as an opportunity to be embraced instead of a change to be opposed.” Two key policy priorities that emerged for cities were the need to upskill the current workforce and upgrade the education system, to match the needs of the knowledge economy and to create more high paying jobs in knowledge-based sectors. Local authority leaders acknowledged that the present system of responding to challenges is fraught with inertia and not enough is being done to cope with the above three forces of change.

While the need to address skills gaps in cities and firms across the UK was a central theme at the event, another issue that came up was the importance of tackling skills mismatches, with OECD research suggesting that many people in northern cities in particular are caught in a low-skills trap. Bumping down of skills is also evident: according to the OECD, 30 per cent of the UK workforce feels they are over-qualified for the job they are doing, the second highest rate of OECD countries (Japan topping the list). On the other hand, 48 per cent of businesses in the UK reported that they are facing a skills shortage which is hindering their business performance. These statistics should be eye-opening for the Government and businesses, especially since the UK ranks badly compared to other OECD countries in terms of the productivity of its workforce.

Throughout the day, the apprenticeship levy was a topic of hot debate, and the target of considerable criticism. According to a recent survey quoted by a British Chamber of Commerce representative, the levy represents an added cost for over half of the businesses paying it (56 per cent), who expect to recover either only a portion of their payment, or none at all. However, a representative of the Department for Education argued that it is too early to decide the impact of the Apprenticeship Levy, especially based on a single data point. Furthermore, the CEO of the British Retail Consortium, Helen Dickinson, proposed that more flexibility should be granted to businesses in using the levy. She suggested that the levy can be used as a means to escape low-wage work by using it to impart workers with digital skills.

There was a general agreement at the conference that SMEs will be the hardest hit by changes to the workforce and require support from big businesses and central government. In particular, concerns were raised about the capacity of SMEs to make the most of digitisation, with one delegate suggesting that they “do not know how to digitise, are scared of it (cyber security concerns) and lack the skills to do it.” In this regard, Jenny Cridland, Head of HR Transformation for BAE systems, raised a pertinent question: who owns the problem? And the answer she proposed was, “British businesses have to own the problem.” She also suggested that firms should join the “productivity movement” launched by Be the business, a collaboration between UK business leaders that aims to help firms come together to undertake a concerted effort to address the UK’s sluggish productivity.

Overall, the conference did a good job of sparking a debate around local strategies to create better jobs and responsive skills systems, and giving everyone a reality check as to where UK stands as compared to other developed countries. The notion that a one-size fits all approach as inadequate in dealing with these challenges cropped up throughout the day. The focus should instead be on strategies designed and owned by localities. Central and local governments, along with the private sector, can no longer delay their response to the forces of change that are impacting on our cities more rapidly than ever.

In the next year, Centre for Cities will publish further research looking at the challenges posed to UK cities by automation, globalisation and changing labour markets, and how places can address these issues. Watch this space for more details in the next few months. 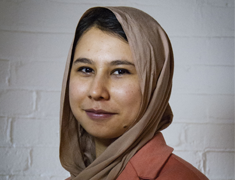