Last month, the Greater Cambridge Partnership (GCP) launched a consultation on plans to deliver substantial improvements to the city region’s transport network, including more reliable bus services, cheaper fares, and infrastructure upgrades. All of this has come alongside ambitious targets to increase bus ridership by 40 per cent, while reducing all traffic by 50 per cent.

Under the proposals, improvements will be phased in over the next four years, during which time they would be paid for upfront by GCP. Beyond that, congestion charging is being explored as a long-term funding option.

Centre for Cities supports these plans, as they broadly align with the policy recommendations we published last month. Here are the reasons why:

Greater Cambridge is economically successful, and its positive growth trajectory is set to continue over the coming years, but, as discussed at Centre for Cities’ Realising Regional Growth event in Cambridge last week, such success often comes with costs. As a city grows, it is often left contending with increased pressures on its infrastructure, leading to more congestion, higher carbon emissions, and poorer air quality. Encouraging more people out of private cars and on to public transport will be essential to resolving these problems and ensuring continued economic success.

GCP’s plans recognise this need for expansion and correctly outline how merely going back to pre-Covid levels of bus ridership is not good enough. Declining passenger numbers is not a new issue and was evident in Cambridge (and across the UK) well before the pandemic hit. Improving Cambridge’s mobility in a sustainable way will therefore only be achieved by pursuing ambitious targets to reverse this long-standing trend and significantly boost passenger numbers for the future.

2. Bus franchising and public investment will reduce the appeal of private cars

The decline in bus ridership in the UK can be partially attributed to the deregulation of bus services in 1986, after which local areas lost the ability to plan routes and cross-subsidise their network. To help rectify this, GCP is working with the Cambridgeshire & Peterborough Combined Authority to ensure its mayor has the powers to franchise the city-region’s buses.

Building a good quality public transport system in Cambridge will require more than local control of the bus system – substantial investment in infrastructure and revenue support is also needed. GCP’s proposed plans look to do this by expanding the bus network (both in size and frequency of service), delivering new bus lanes, and providing additional parking in travel hubs. Once such investments are operational, fares capped between £1-£2 will make public transport a significantly more attractive option than it currently is.

The proposals also look to decrease car use by investing in new active travel infrastructure. According to the 2011 census, Cambridge was the cycling capital of the UK, accounting for almost one-third of all commuters due to its flat terrain and relatively young population. Infrastructure upgrades combined with the emergence of e-bikes and e-scooters are likely to further increase the uptake of active travel in the region, and hopefully cut congestion on the roads.

3. Congestion charging is effective in boosting both public transport use and air quality

While GCP plans to initially fund its public transport proposals up front, they will need new funding streams to be sustained in the long run. As such, GCP is exploring the option of gradually introducing a £5 congestion charge within a designated ‘sustainable travel zone’.

Implementing such a scheme can be politically difficult, but it is a good decision to make. As well as being revenue raisers, congestion charges reduce traffic and pollution, while indirectly improving public transport services. For example, evidence from London shows that, by taking more cars off the roads, road user charges help improve bus speeds .

Moreover, Nottingham’s workplace parking levy is a clear example of how car-restricting policies can effectively fund public transport schemes. By raising more than £75 million over the last decade, the city has been able to fund the expansion of its tram network. According to GCP’s estimates, a congestion charge in Cambridge would raise £50m a year, which could be reinvested into the city region’s public transport. 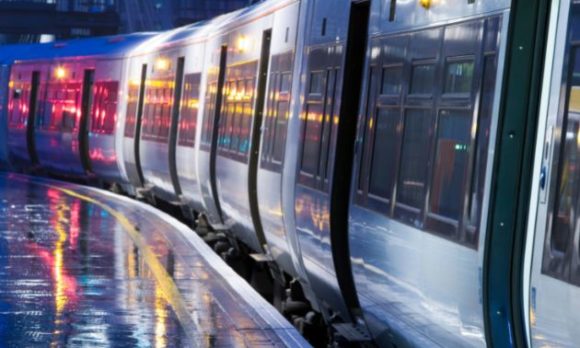