Business rates were top of the news agenda again today after Tesco’s Chief Executive Dave Lewis claimed in a BBC interview that the tax is playing a major role in the ongoing woes of the retail industry. He also argued that the business rates system creates an “uneven playing field” between high street shops and online retailers based in out-of-town warehouses,

These views echoed similar comments made by Sainsbury’s Chief Executive last year, and also reflect wider discontent with the business rates system, especially following the revaluation of the rates that took place last April – which saw rates go up for some firms and fall for others.

However, our research suggests that these two concerns about the business rates system — that small and medium-sized firms (SMEs) on the high street are unduly penalised, and that online retailers unfairly benefit — are being overstated by business leaders.

On the first issue, Centre for Cities analysis last year suggested that many SMEs would benefit from the revaluation of business rates — especially in Northern cities. Average rates would rise in only two cities — London and Reading — the UK’s most prosperous cities in terms of average wages. In contrast, firms in all other cities in England and Wales benefitted on average from a decrease in rates, with the biggest decreases to be found in Blackburn, Blackpool and Newport. Firms in these places had been overpaying on rates for years, and so the revaluation of their rates was long overdue. 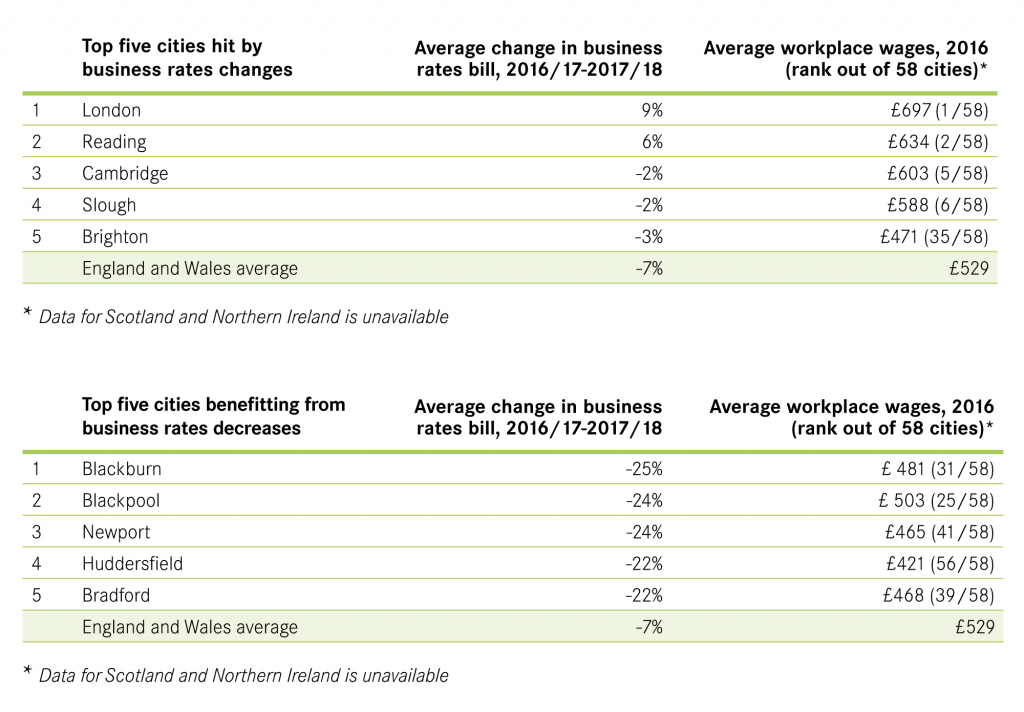 Indeed the real problem is that revaluations don’t take place regularly enough. Last year’s was the first in seven years — which is why businesses in the South East faced such a hike in their bills. The Government has moved to address this problem by announcing at the last Budget that revaluations will take place every three years. This was a welcome move, though these revaluations would ideally take place annually to offer businesses and cities greater certainty and stability.

In terms of the second concern raised by business chiefs — that the business rates system creates an unfair playing field that benefits online retailers – these criticisms are wide of the mark for a number of reasons (outlined in detail in a previous blog by my colleague Paul Swinney).

Yes, Amazon sites have benefitted from decreases in business rates after the revaluation in April 2017 — but the scale of these decrease have on average been smaller than those enjoyed by high street retailers.

More significantly, however, the arguments made by Tesco’s boss and others overlook the fact that business rates is not a tax on retail — it is a tax on land use. As such, business based in the centre of bustling cities are charged more because land is at a premium in these places, but those in out-of-town locations – where land is abundantly available and less in demand — pay less.

Indeed, this is why businesses in these places choose to locate where they do — those based in out-of-town areas do so because they don’t want to pay high rents and rates, while those in central London show they are prepared to pay high prices for the benefits that the location brings to their business.

Nobody would argue that the business rates system is perfect. As we set out in our briefing Business rates: maximising the growth incentive across the country, reforms are needed to ensure that the system incentivises long-term growth in a greater number of cities and better rewards places for their contribution.

However, it is wrong to blame the rates system for the travails of high street shops. The causes of the decline in high street chains are complex and many – and thinking that changing the business rates system will solve these problems is misguided.

Later this month we will be publishing new research looking at the role of retail and other sectors in UK cities, and the implications this has for commercial property – watch this space for more details. 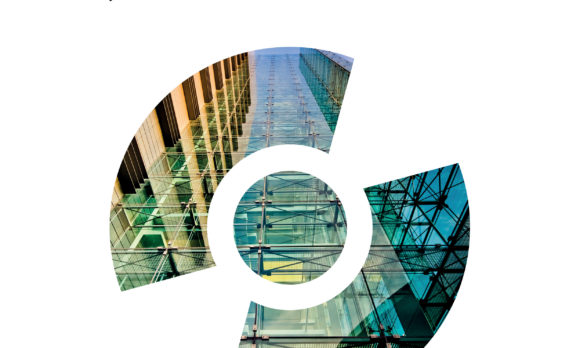