Wednesday’s budget was the chance for the Chancellor to reveal his policy agenda to both set the recovery from Covid-19 in motion, and belatedly get on with the levelling up agenda. What he laid out was very much a case of the good, the bad and the ugly.

The good: extension of Covid-19 support

As was widely expected, the Chancellor announced extensions to the furlough scheme and the £20 uplift to Universal Credit, extended the suspension of business rates and the lower rate of VAT for hospitality. Added to this new business grants were announced for struggling firms.

As Centre for Cities set out in its Road to Recovery briefing last year, this support should remain in place as long as social distancing restrictions are in place. Having got seemingly so close to restrictions being lifted, it would have been very surprising to now remove them.

There was much less focus on policies for recovery, with the Chancellor seemingly bullish on how the UK will bounce back (something Centre for Cities would echo, for most places at least). Two policies announced were the Help to Grow scheme, which will include management training for businesses, and the Super Deduction to give rebates on plant and machinery investment (although not investment in intangibles). Both are focused on areas that the UK has struggled in recent years, and so this is to be welcomed.

The bad: the ad hoc, centralised and politically driven approach to levelling up

Now over a year into the current parliament, we’ve heard a lot about levelling up but no definition of what it is and no concrete policies on how it is going to be delivered. The roadmap and vaccination programme gave the Chancellor an opportunity to do both. But without setting out the definition, we were invariably left with a number of ad hoc, centralised and ultimately politically driven announcements.

‘Our future economy demands a different economic geography’ said the Chancellor. Centre for Cities research shows that it requires in particular our biggest cities outside of London playing a bigger role as happens with their counterparts elsewhere. The underperformance of Manchester, Birmingham and Glasgow alone cost the UK economy an estimated £33 billion per year in lost output, and levelling up won’t be achieved without addressing this.

The Plan for Growth, published alongside the Budget, agrees saying ‘We will back cities as engines of the UK economy, focusing government action on addressing the barriers to growth…To achieve this vision, our core cities like Birmingham, Manchester and Glasgow must become well-connected, innovative hubs of high-value activity.’

Regrettably the policy actions didn’t back up this rhetoric, which amounted to announcing eight freeports and sending the Treasury campus is to be sent to Darlington. Neither will have much of an economic impact, and the latter’s effect will be diluted further by its choice of location.

As others have pointed out, there’s a strong suggestion too that this different economic geography is really a different political geography, with the decisions around the location of government offices and awarding of grant money correlated, if not caused by, political rather than economic ones.

A government serious about bringing greater prosperity to the north of England doesn’t deal in gimmicks – it sets policy that tackles the reasons why higher-skilled, higher-paid jobs have not located in this part of the country in the numbers they are needed. It may well be that the Chancellor will set these policies out to go alongside the pre-announced £4.2 billion on intra-city transport. But he doesn’t need me to tell him that he’s now running out of time before the next election.

Crunching by the Resolution Foundation shows that, because of commitments to the NHS and schools, the Government looks set to cut spending in other areas over the next two years. While this year’s spending review will set out the detail, it looks likely that this will mean cuts to funding for English local government.

This further cut will come off the back of local government in England seeing the largest cut of any area of government spending in the 2010s. Centre for Cities research shows that it was northern urban areas that were most affected, with Barnsley seeing the deepest cuts. A decade of austerity had taken such authorities’ spending to the bone, so further cuts, combined with further likely increases in demand for social care (an issue the Budget was silent on), can only mean further cuts to day-to-day services.

This should be the exact opposite of what levelling up should be trying to achieve. Some civil service jobs in Darlington or a freeport on Teesside generates headlines and will no doubt play well in those areas, but a further worsening public services across the north will not play well across most of the ‘red wall’. This further cut in funding would also come at a time of a continued proliferation of pots of money from central government for local areas to bid into, such as the levelling up fund. The result is a further centralisation of decision making in Whitehall. 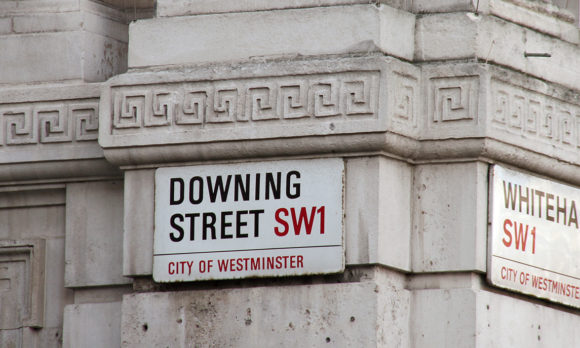