There are no easy answers when it comes to reducing poverty, inequality and disadvantage. The Index of Multiple Deprivation is a clear reminder of that: disadvantage is historic and spans multiple dimensions — from income, to skills, crime and health: the most disadvantaged places on one measure perform poorly on most of the other measures too.

Addressing these complex challenges is not easy and requires patience, investment and integrated solutions.

Earlier this year, we looked at the geography of people with few or no qualifications, usually those more likely to be disadvantaged, and found that creating more and better jobs is part of the solution.  Employment is still the best route out of poverty, and ensuring job opportunities are available up and down the country can go some way in reducing disadvantage. We found that people with few or no qualifications living in cities with more vibrant labour markets are more likely to be in employment, and they are more likely to be in higher-skilled, usually better-paid employment too.

But if work is necessary it is not sufficient. In some places, disadvantage is entrenched in so many aspects of life that work alone is not the answer. Think about a single mother with two young children, no job and in a lot of debt. Or a 55-year-old man, who lost his manufacturing job a decade ago, hasn’t worked since and suffers from depression. Or an 18-year-old who is not in education or training and is part of a family in which no one works.  Creating more jobs simply won’t be the solution for them – they need social support, childcare, health and skills support too.

Recognising the nature of the challenges that disadvantaged places face was the stimulus for the What Works Centre for Local Economic Growth, of which Centre for Cities is a partner, to join forces with other What Works Centres to review how best to design policy to address the challenges that ‘left-behind’ places face. The project’s summary report, published last week, provides a blueprint for local authorities which are tackling the multiple challenges related to disadvantage.

There are loads of great insights in the report, but three things particularly stood out for me:

1. Disadvantaged places shouldn’t be the guinea pigs, they need ‘what works’ more than anywhere else. Blackpool is often referred to as leading example of a ‘left-behind’ place and for this reason has received a lot of attention in recent years, becoming the focus of many initiatives and pilots. Yet, while well meaning, these initiatives have been introduced, often putting additional strains on an already overloaded local authority and its partners, without evidence that any of these projects work. Given the scale of the challenge, places like Blackpool need targeted, evidence-based investment in interventions that have been shown to work, while it should be other, more resilient, places that experiment with figuring out ‘what works’.

2. Disadvantage usually comes in many forms; a joined-up approach must be part of the solution. As mentioned above, disadvantaged people and places are usually facing multiple challenges at the same time. Improving cross-agency data pooling and making as much data as possible available to third-party organisations are effective ways to better-targeted and tailored interventions.

3. Light-touch interventions can make a difference. Each What Works Centre has a list of evidence-based policy interventions that have been proved to work in their area. Light-touch interventions such as mentoring and reminders were identified as providing low-cost, scalable ways to support people that often have disorganised lives. Both are well-evidenced simple tools that have been shown to work when it comes to disadvantage, and the aim of the What Works Centre is now to identify more of these policies to drive change.

We know that the challenges of disadvantaged places go well beyond the lack of economic opportunities, and employment alone is not enough. Addressing the underlying social challenges disadvantaged places are exposed to requires political leadership and a long-term commitment. The prize is a fairer society, in which more people and places up and down the country can thrive. 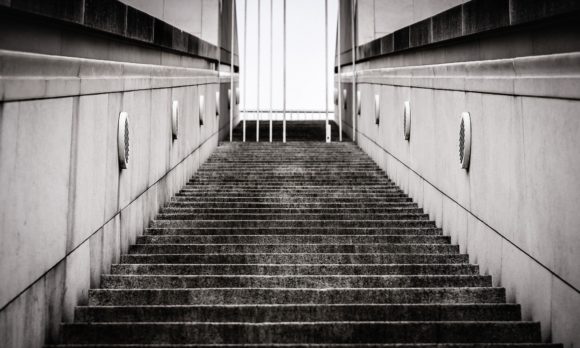