Much of the underlying rhetoric around the current debates about the High Street appears to be influenced by the belief that independent retailers are good for the vibrancy of any retail offer, while chain retailers are not. The introduction of local currencies for example, which we’ve critiqued in the past, is based squarely on these arguments.

While this may or may not be true, independent retailers are governed by the same broad trends as all retailers – there are more independent shops where daytime population, and so the size of the market, is larger. As such those cities that have fewer jobs and residents living in their city centres will see their city centre retail struggle, whether the shops are chains or independents. 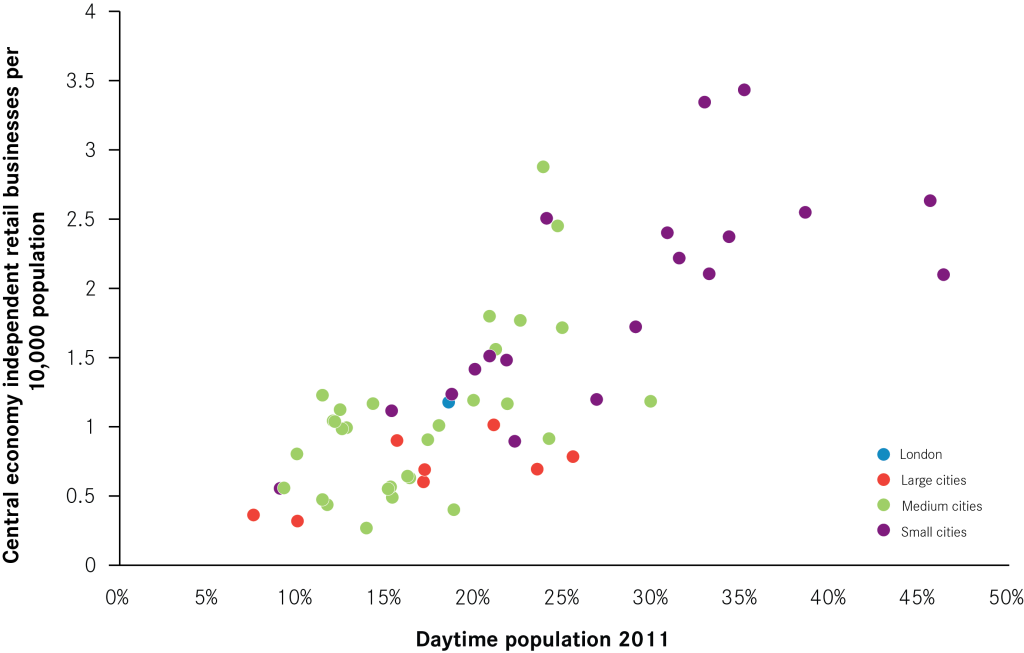 Independent businesses are identified as those businesses that have one branch only. Data is for English and Welsh cities only. Source: ONS 2013, Business Demography Database

Note: For data confidentiality issues the exact number for Telford can not be reported. Independent businesses are identified as those businesses that have one branch only. Source: ONS 2013, Business Demography Database

Independent retailers rely on footfall just as any other High Street retail business does. Failing to recognise this means failing to recognise one of the key threats that independent shops face in many cities – the decline of footfall as a result of a shift in jobs away from city centres.

Previous blog in the series: Beyond the High Street: Engines of growth

Next blog in the series: Beyond the High Street: The geography of jobs in Brighton and Wakefield