This weekend marked the first major move of the Government’s plans to relocate civil servants outside London, with the announcement of a second HQ for the Ministry of Housing, Communities and Local Government (MHCLG) in Wolverhampton.

This is an important step. In the last 10 years, the number of civil servants has gone up by 6% in London, and down by 18% in the West Midlands and 14% in the North West. Two-thirds of senior civil servants sit in London, whilst in both the West Midlands and North West the figure is just 3% each. A government serious about ‘levelling up’ needs to address this imbalance.

The Government has been clear that these moves are about more than filling office space. The announcement emphasised that the new HQ would be a way to change how Government relates with the world outside Westminster, with significant amounts of Ministerial time planned for the new Wolverhampton base.

But we shouldn’t pretend that a physical move on its own will do the job. There were over 15,000 Department for Work and Pensions civil servants and nearly 10,000 Department for Education civil servants in the North West just before the pandemic hit, mostly in Greater Manchester and Liverpool City Region. Yet both Departments are known for a particularly centralised approach to decision-making.

The long-term consequences of the pandemic present opportunities and risks to the ‘Beyond Whitehall’ agenda. The rise in remote working may make it seem more feasible to move roles, especially senior leaders. But it also makes it easier to physically shift people without practically changing processes, mindsets, or culture. A senior civil servant in Salford or Sandwell isn’t going to drive changes in decision-making if they still spend their days on Teams calls to Ministers and officials in Whitehall.

If relocations are going to about more than ‘lift and shift’, they’ll need to do three things:

Covid-19 has shown the inadequacies of current relationships between local, regional, and national government. Relocating officials is one way of starting to address this. But Government should also think about how to make policy-making more porous and responsive to the needs of different places. A ‘place’ lens on policy is important because it centres local needs, but it also blurs unhelpful boundaries between directorates and departments. An initial step could be creating cross-institutional place-based teams with real budgets and policy powers to work on entrenched challenges like health inequality and low productivity – inspired by initiatives like the London Challenge. These initiatives should be set against a background of more porous institutions in places – including more secondments between organisations, joint commercial and data analytic teams to build shared capacity, and integrated pools of data and intelligence with mutually agreed governance and ethics. The rise in remote working creates an opportunity to create new public sector remote working hubs in core cities for local, regional, and national government staff – creating opportunities for the chance encounters which are so important to innovation. This porousness could even make relocations work better for communities, with closer working with VCSE organisations, engagement with schools, colleges and universities, and a clearer understanding of the responsibilities of anchor institutions.

As the Institute for Government argued in a report last year, relocations need to focus on developing cross-departmental clusters of Ministers, senior policy officials and decision makers and creating a ‘critical mass’ of roles. This will make hubs more attractive by offering better career paths for relocating civil servants. It will also drive agglomeration, both by supporting pools of skilled workers across policy and delivery and by catalysing supply chains of firms related to the relocated functions. Over time, these effects will also create a national policy ecosystem with multiple centres of gravity. For example, GCHQs move to Manchester builds on an existing (and growing) cluster of cyber and digital firms and organisations which would be further supported by DCMS and other parts of Government with interests in digital innovation. Moving parts of DfT to Birmingham and Coventry to leverage HS2 would be a start but competing globally on zero carbon mobility requires large parts of BEIS, DIT, and DEFRA moving too. And all these clusters would require some Treasury and Cabinet Office presence, to ensure policy emanating from new insights gets real traction.

Devolve as well as decentralise

Office moves are one way of relocating decision-making, but they aren’t the best way. We need to see the Government follow-through on their early commitment to devolution. The response to the pandemic could have been stronger with greater local input – from an earlier partnership on Test, Trace and Isolate to more local discretion on enforcement. It will be even more important that recovery is driven by strong local institutions able to tackle unemployment through real powers over skills and employment support, deliver economic growth through ambitious and resourced industrial strategies, and invest in the infrastructure we need through long term flexible funding pots. And all of this will only be possibly if local government, and the services they provide, are properly funded.

Moving desks is the easy part. Shifting culture will be harder. These three suggestions – improving cross-institutional working, building clusters, and devolving power in parallel – will help us move relocations beyond ‘lift and shift’ and towards genuine redistributions of power.

Director Generals to Darlington? Why putting public jobs out of town is a missed opportunity 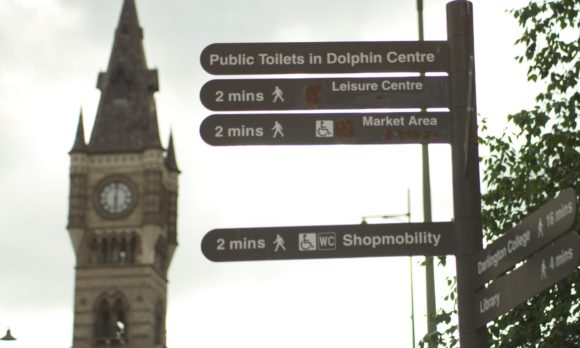